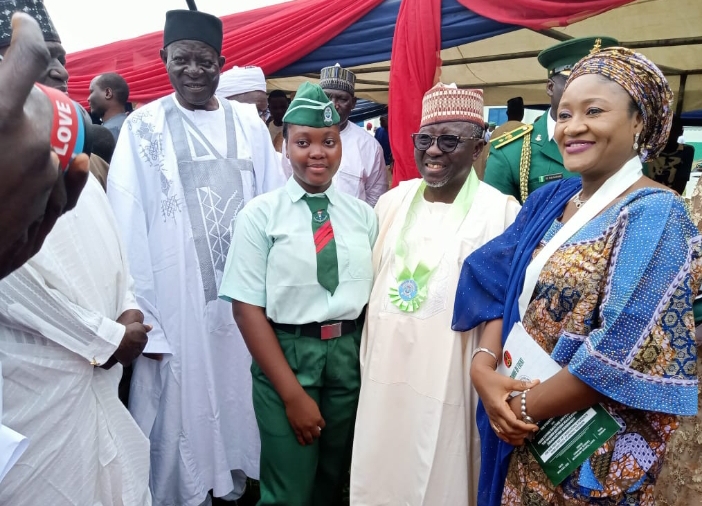 The 15-year-old Yesmin is an indigene of Doma Local Government Area of the State was also named as Best graduating English student in Nigeria.

In her commitment and quest for knowledge, Yesmin Fairuza Abusadiq excelled while in school, and continued on the path of hard work and diligence, as such has brought honour to her home, State and Country as a whole.

Yesmin was announced as the best graduating student and valedictorian for the graduating class of 2022 at the age of fifteen (15) in the year 2022.

Speaking to reporters during her valedictory session, the young Yesmin Fairuza Abusadiq says she was able to break the record due to the support she received from her parents.

She also dedicates the award to her parents for giving her the best she could ever imagine, praying God to continue to protect, guide and grant her parents long life and prosperity so that they reap the fruit other labour.

Speaking at the 4th Speech and price giving day 2022 for overall Best graduating Student where Miss Abusadiq Fairuza Yesmin, emerged winner on 30th July, 2022, the management of the Command Science Secondary school Lafia, Nasarawa state capital, told the august visitors that the school was first established by Nigerian Army in 1966 as Command Children School in Yaba-Lagos with a core mandate to provide education services to Nigerians.

The management noted that the huge success leading to the formation of the school was before the outbreak of civil war in 1967.

The event had in attendance immediate past Governor of Nasarawa State and now Senator representing Nasarawa South District of the State, His Excellency, Alhaji Umaru Tanko Al-makura.

Also present at the event were incumbent Governor, Engineer Abdullahi Alhaji Sule, some critical stakeholders and wife of the Deputy Governor of the State among others.

As of 1977 the Command Secondary Schools is already established at Ipaja-lagos, Ibadan, Kaduna and Jos respectively.

In addition, the aim of setting up these schools is to provide qualitative and affordable education services and in solidarity with Nigerian Army, personnel and their children.