Keffi LGA of the State was Agog on Thursday as highly revererd dignitaries from all spheres of life grace an event organised by Medical and Dental Consultants Association Of Nigeria, Biennial General Meeting Scientific Conference 2019, with a theme: supportive role of traditional rulers in tracking the enormous health challenges of multi-cultural communities accessing services in Nigeria.

Mr. Ahmed Baba Yahaya, who serve as special guest of honour commended the association for leaving above board and assured of state government support.

Those in attendance are:
Emirs of Keffi, Nasarawa, health consultants within and outside the State among others.

Executive Director, Kogi state primary health care development agency, Dr Abubakar Yakubu, who briefed Journalists in his office on the progress made on the exercise , said despite the delay in the take off of the Covid 19 vaccination in the state, Kogi has surpassed many states in the administration of the vaccines.

“we have achieved about 75% target despite negative propaganda by mischievous elements who have been instilling fear of deaths in the minds of the gullible. But with the aggressive awareness campaigns, people voluntarily submitted themselves for vaccination. ” Dr Yakubu explained.

He said the 16,900 Astra zeneca vaccines arrived the state April 6th and by the 10th, the actual vaccination commenced after the take off ceremony at the state ministry of health, in Lokoja.

According to. the Executive Director, over 5000 health workers across the state being front liners were vaccinated, while over 7, 000 military, paramilitary and Journalists whom he described as on line also received the jabs.

While commending the traditional rulers for leading by example, equally thanked their subjects for their cooperation during the vaccination exercise.

Dr Yakubu therefore appealed to those who are desirous of being vaccinated to come forward as more vaccines would soon be provided in view of the growing demand occasioned by awareness.

He advise the people of the state to ignore those spreading fake news about the vaccines , describing them as the ” doubting Thomases”, whose stock in trade is to destabilize any thing good for the common man.

The Federal Capital Territory Administration has reaffirmed its commitment to pay all outstanding liabilities owned to contractors who supplied various items in the battle against Covid-19 pandemic in the territory.

FCTA Permanent Secretary, Mr. Olusade Adesola, gave this commitment while addressing aggrieved contractors who are yet to be paid for jobs executed for the administration.

Adesola, who appealed to the contractors to exercise patience, however, revealed that despite the challenges of funding, the administration has paid 109 contractors who supplied Personal Protective Equipment (PPE) to Health and Human Services Secretariat (HHSS) and 54 contractors in other Secretariats, Departments and Agencies (SDAs).

The Permanent Secretary who hinged the delay in payments to dwindling internal revenue generation and expected funds from the federal government, also expressed optimism that the contractors would be paid as soon as possible.

He stressed that the procurement for COVID-19 supplies cut across all the SDAs including Water Board, Abuja Environmental Protection Board, Federal Capital Development Authority, Social Development Secretariat, Education Secretariat amongst others.

Adesola assured; “We are making serious efforts in ensuring that we get the expected funds from the federal government, and we are also ensuring that we up-scale our Internal Revenue Generation (IGR) to enable us offset our liabilities. I want to assure you that all our contractors will be paid soon”. 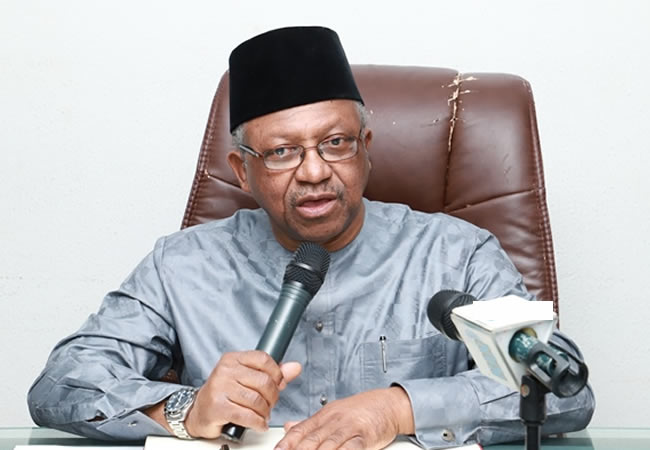 Chairman, Nigeria Medical Association (NMA) Kogi state branch, Dr Omakoji Oyigwu, made the appeal while commending the leadership and members of the National Association of Resident Doctors ( NARD) over their genuine struggle to redeem and rescue the already battered heath sector of the country.

Reacting to the recently suspended nationwide strike embarked upon by the National Association of Resident Doctors, Dr Oyigwu, hailed them for the strike which he said has exposed the inadequacies of the government in the health sector.

He explained that many government top notchers died of Corona virus infection due to weak health infrastructure in the country, pointing out that the suspended strike has exposed the failure of governments in the implementation of international standard health best practices .

Dr Oyigwu who expressed disgust over massive brain drain to foreign health institutions due to weak facilities, infrastructure and poor renumeration ,urged President Muhammadu Buhari to make history by creating a state of emergency via an “executive order”on the health sector to enforce establishment of necessary health infrastructure equivalent to those taking care of our leaders who are always on health vacations abroad.

READ:  COVID-19: Nasarawa Not Relenting In Advocacy, Even As Keffi suspects Test Negative.

He equally appealed to governments at all levels to prioritize the welfare and prompt payments of emoluments of health workers to motivate them put in their best.

The NMA Chairman who commended the government for abolition of the” Bench fee” for Doctors on further studies, however called on the government to increase the hazard allowance of N5000 to a more appreciable amount in view of dangers surrounding the health care work.