The Administrator of Kogi local government area of Kogi state, Hon. Mohammed Tanko Musa has congratulated the state governor Alhaji Yahaya Bello and his deputy Chief Edward David Onoja for the appointment of the new Commissioners and other political appointees.

In the congratulatory message to the Governor on behalf of the good people of Kogi Local Government Area, stated that ” I would like to congratulate the newly appointed and inaugurated leaders of our dear state. I wholeheartedly felicitate with His Excellency, Alhaji Yahaya Adoza Bello who is now the 5th Executive Governor and his Deputy, His Excellency, Chief Edward David Onoja.

READ:  Gov. Bello Appeals To The People of Kogi To Unite For Dividend Of Democracy In His Second Term.

“We are all very proud of your success stories and happy that you are willing to serve as the Governor and Deputy of our state.” Barr. Tanko Musa stated.

Gov Bello and his most loyal Deputy Onoja.

R-L: Gov Bello and his most loyal Deputy Onoja.

He equally congratulate all the newly appointed and reappointed Heads of Kogi State Ministries as Honourable Commissioners as well as other members of the Governor’s cabinet.

“May you all be guided by the grace of the Almighty God to lead Kogi State out of perils and crisis we since journeyed from in the past 4 years and into a prosperous future” he prayed.

READ:  The PDP Crisis: What the Sellouts Do Not Know.

READ:  Oyo State Base Fulani Leader, Iskilu Wakili Denies Involvement In Criminality, Challenged His Accusers To Come Out In The Open With Their Claims 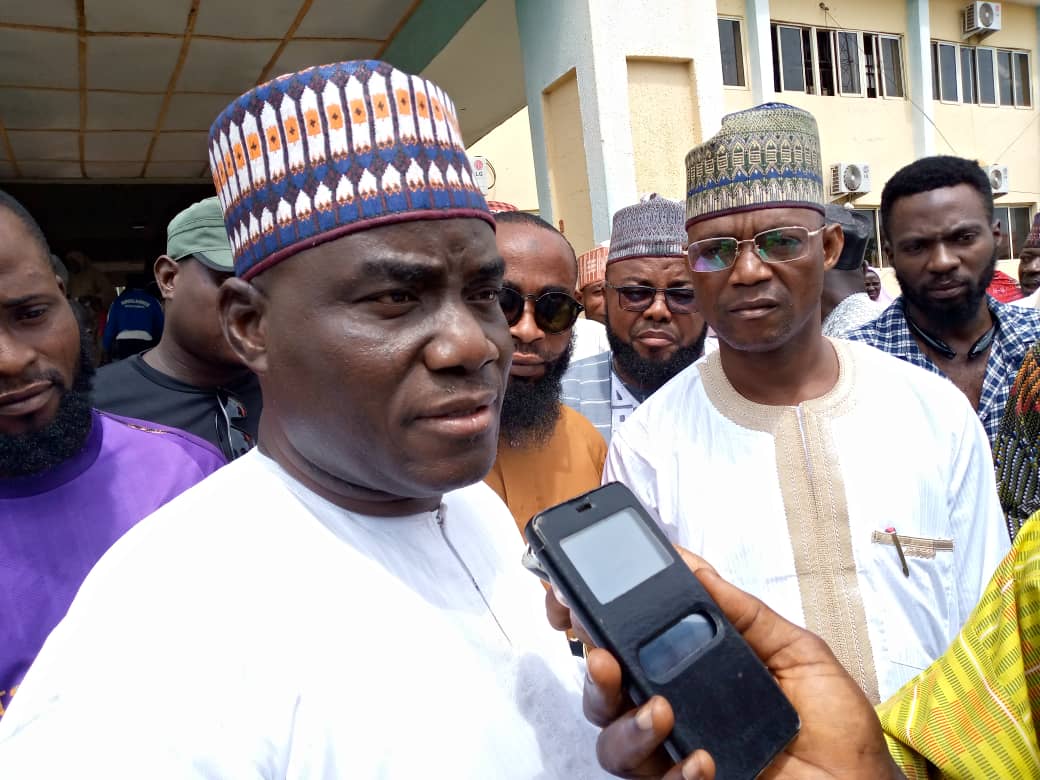 A group of Peoples Democratic Party (PDP), youths, PDP Youths Congress, PDPYC, has described the treatment meted out to the Minister of Niger Delta Affairs, Chief Godswill Akpabio, by the APC in Akwa Ibom State, as the beginning of his reward for political harlotry and betrayer of the PDP, a party that gave him everything politically.

On Saturday, angry protesters drawn from the faction loyal to Senator Akpabio had protested at the All Progressives Congress, APC, secretariat in Uyo, the Akwa Ibom State capital, seeking the cancellation of the ward congress exercise. They accused the National Caretaker Secretary, Senator John Udoedehe, of “fraudulently manipulating the lists to include only his loyalists as candidates for the wards and chapter congresses.”

Reacting, the PDPYC said it was shameful that Senator Akpabio, who, while in PDP, was a highly respected politician but today, is crying over APC ward congress like a rat being pursued by a hungry cat. Shameful!

In a statement issued in Abuja on Monday by the PDPYC Director of Communications and Mobilization, Comrade Akpan Ibor, the youths said more humiliation still awaits Akpabio in APC, unless he retraced his steps back to PDP and apologise to the party members and supporters.

What happened to Senator Godswill Akpabio is the beginning of the humiliation he will suffer in the APC. More will still come because by 2023, he won’t be able to field himself and any of his loyalists as candidates in APC.

Imagine a Akpabio, having to organise protest and set born fire at APC secretariat in Uyo over ward congress. Isn’t it shameful?

That is what you get when you engage yourself in political harlotry, moving from your own political mansion to become a tenant in other people’s political boys quarter.

If he had not decamped to APC out of political greed, Akpabio would still have remained in the Senate as the Minority Leader, a position that is more honourable than that of Minister of Niger Delta Affairs that he is holding now.

As for us in the PDPYC, we don’t pity Akpabio and his likes. We only hope that others will learn from the political misfortune that is befalling him in APC.