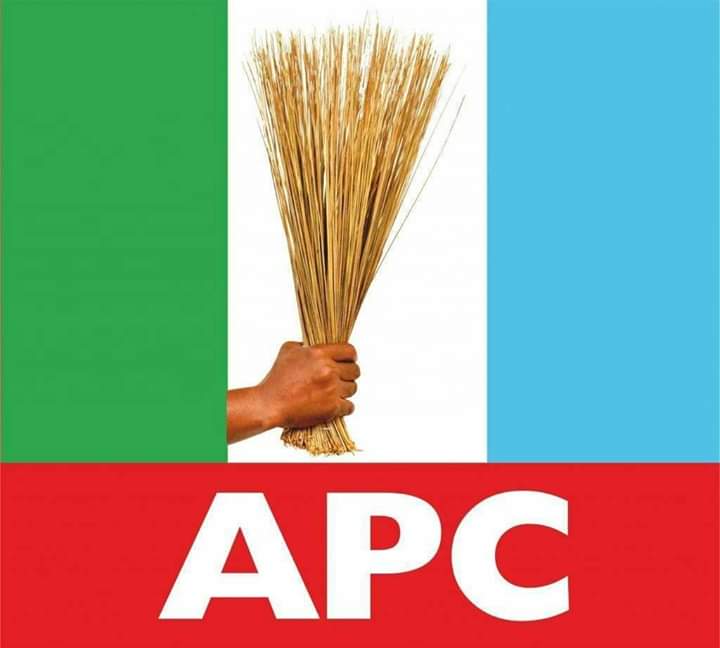 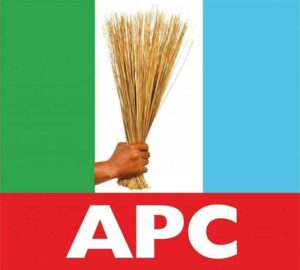 The leadership of the All Progressive Congress, (APC), Kabba/Bunu ;branch which comprises of the Local Government Executives, Ward Chairmen, Women leader, Ward Party Secretaries, Ward Youth leaders and critical stakeholders across the 15 wards has zoned the Chairmanship position to Bunu District.

This was disclosed by the party chairman, Hon Elisha Olorunmosule after a meeting held yesterday in Lokoja, the State Capital.

According to him, APC as a party is one big family in the local government, noting that there is no faction in the party and called on those who are hell bent on dividing the party to stay clear.

He said in the spirit of brotherliness, love and peaceful coexistence, the leadership of the party in the local government took the decision after much deliberation

The party said zoning the chairmanship position to Bunu was based on the consideration that both the State and National Assemblies seats are still being occupied by. Kabba axis of the Local government area.

He said the two districts have been living in harmony due to the age long mutual understanding of rotation of political offices which was established by late leader Of Kabba/Bunu, Dr Stephen Olorunfemi of, stressing that the party has decided to stand by the existing rotation of political positions in the Local Government .

He said it is good to note that the leadership of the party in Bunu has also sub-zoned the Chairmanship position to Kirri axis in Bunu District since the Commissioner and State Security Adviser are in Bunu central, while Bunu south has the LGA Administrator, and had produced Executive Chairman, House of Representatives, House of Assembly and others from the zone in the last 17 years.

He noted that Kabba District has also zoned the Vice Chairmanship position to the 6 wards of Kabba metropolis while the 3 wards of Ikowaopa would produce Secretary.

He further said the leadership has adopted the existing rotation arrangements in various wards and urged all leaders at Ward levels to uphold such arrangements to avoid unnecessary tension as the party would not tolerate the imposition of any candidate in any ward in the local government.

He eulogized the leadership qualities of Rt Hon Prince Matthew Kolawole, under whose the party has flourished to become the darling of all and sundry.

He charged all party members to continue to work for the progress of the party.

PCRC Decorates Bauchi Governor As National Patron, Present Him With Certificate Of Honour

Accordingly, the forum presented a certificate of honor to the Governor in recognition of his relentless efforts, philanthropic gestures and excellent performance towards the upliftment and development of PCRC in Nigeria.

Speaking during a courtesy visit to the Governor at the Council Chamber, Government House, Bauchi, the National Chairman of the Committee, Faruq Abdullahi Maiyama said the honour done to the Governor was in appreciation for his outstanding support to the PCRC when he was the FCT Minister notably the allocation of land.

“I am very impressed to be in Bauchi not because of the reception accorded to us, but this is the first time we are coming to Bauchi for our NEC meeting in which the governor would be decorated as the National Patron. Kauran Bauchi is a National figure haven served before as FCT Minister where he supported us in many ways.”

“Your Excellency, you are a man of the people and that’s why we decided to conduct our NEC meeting just to show you our appreciation for your support to us.”

The National Chairman said PCRC was committed to the promotion of peace and security in the country and pledged to work with critical stakeholders in order to achieve the set objectives.

The Governor who spoke through his Deputy, Senator Baba Tela said his administration will continue to support security agencies including voluntary organisations in a move to rid the state against all forms of criminal activities and social vices.

“I sincerely welcome you to Government House Bauchi on behalf of His Excellency, the Executive Governor of Bauchi state, Senator Bala Abdulkadir Mohammed, we all know the importance of community policing committee and security to our development.”

“In spite of the influx of the population of people who are coming to the state from neighbouring states, we have been able to keep the state safe with the support of relevant security agencies including voluntary organisations.”

Governor Bala Mohammed therefore reassured that, his doors will remain open for improvement in the security of the state and acknowledged the outstanding performances of security agencies in the maintenance of peace and security in the state.

…. Warns Residents To Stay Off wmWaterways.

The minister who visited the scene of the flood used the occasion to warn residents to stay off waterways, while assuring that the administration would approach the Ecological Funds Office for assistance.

A signed press released by SA Media, Austine Elemue, said Dr. Aliyu commended residents of the estate for demonstrating maturity and sense of patriotism during the disaster, stressing that governance is a collective responsibility.

In her words: “I came this afternoon bearing in mind all that has happened to residents of this estate. Despite my tight schedules, I still finds it pertinent to come here in person to commensurate with you over the loss of life of our brother and the wanton destruction of property.

“I am here to also appeal to you as much as possible before any intervention from Ecological Funds office or any relevant government agencies to stay clear of waterways. Certainly, this year’s rain not only in Trademore is very heavy with colossal damages associated with it. This also tells us to appeal to our brothers in this estate and other parts who have constructions along the water-line to move to higher ground for now.
“One, it is better to be alive. This is not time to trade blame over who construct what on the waterways. But we are appealing that if you are along the waterline, you have to move before something else happen to you.

“So I want to appeal to you that natural disaster do happen without advance notice. It is not within your power or that of government. We feel your pains and we know what it means to loss a life. I want to also thank you for your patience and understanding with the government and the situation we find ourselves in”.

The minister used the occasion to task Nigerians to celebrate the 60th independence anniversary of the country, noting that despite the challenges faced by the nation, October 1 was worth celebrating.
According to her, “Nigeria will be 60 years tomorrow. No matter the situation we find ourselves, October 1 still remains a day to celebrate. To come of age and to clock diamond age is not an easy task.

Earlier, the chairman of Trademore Estate Phase 3, Engr. Adewale Adenaike, commended the minister for her prompt response to the flood victims, just as he tasked the FCT Administration to address the situation urgently before it goes out of hand.

Adenaike, also stated that the ecological problem in the estate was beyond the capacity of the Abuja Municipal Area  Council, hence the need for the intervention of Ecological Funds office to come to the aid of residents of the estate.

The Nigerian Air Force has named a two-block of 4 x 2 bedroom married officers accommodation at the NAF Base in Abuja after the late first female fighter pilot, Flying Officer Tolulope Arotile.

This is happening a few weeks after a remodeled Pilots’ crew room ’ at the 115 Special Operations Group, Port Harcourt, Rivers State, was named after the pilot who died in a car accident at the NAF Base in Kaduna in July.

Disclosing this during the inauguration of the buildings at NAF Base Asokoro, Abuja, on Wednesday, the Director of Administration, Air Vice Marshal A. Pani, said nine other deceased officers, who died in active service, were also similarly honoured with blocks of buildings named after them.

He said that the buildings were constructed by the Ministry of Defence as part of its 2018 capital project.

Pani stated, “These blocks are, therefore, being named after nine officers and one airman to immortalise them in recognition of their sacrifices.

“Additionally, the two blocks of 4 x 2 bedroom married officers accommodation are named after Flying Officer Tolulope Arotile (NAF/4512F) who died as a result of road traffic accident on July 24, 2020 at NAF Base Kaduna and Flt. Lt. John Ayonoteh Adams (NAF/3104) who was KIA on Feb 19, 2013 while participating in Operation Zaman Lafiya.”

Abubakar, said the provision of befitting accommodation for the personnel and their families remained a top priority for the NAF.

“We are currently undertaking massive renovations, remodelling and upgrading of existing accommodation in NAF Bases across the country in order to bring them to acceptable standard,” he noted.