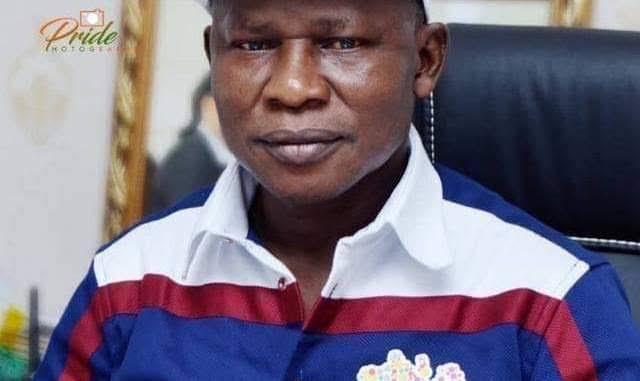 According to the group who spoke with Global Times Nigeria, while on tour to access the recent development in the land, One of the youth Leaders who spoke under anonymity, Confirmed that Gov. Bello has been doing all he can to change the narratives, but the part of Shaibu Oricha to complement the efforts of Gov. Bello is not well played as his interest is placed on diverting funds made for the progress of the public, and individuals.

” Goverrnor Bello is our own, he is good, and he has made us all proud, but there’s more to that, the necessity of governmance is what we are being deprived of, by our very own illustrious son, Alhaji Shaibu Oricha, His appointment has never been of any usefulness to us, rather than doing his very best to draw the attention of the state government to some issues bothering the community, he uses such chances to amass wealth for the sole benefits of his people and family ” The group stated

READ:  Buhari Plans To Bring Prosperity To All Nigerians Before Handing Over In 2023

The group highlighted some of the DG sinful offences towards the good people of Agassa, which is currently portraying the Governor’s image in a bad way.

The group said, Portable water has been a problem before the emergence of Alhaji Yahaya Bello, which still remains a major problem despite several appeal to the Governor, and promise made to rectify and proffer permanent solution to it which never saw the light of the day.

From a reliable source close to the present Government, Oricha has been in charge of overseeing the any forms of difficulties being encountered by the good people of Agassa, yet he turns blind eyes to them, he neither delivers nor Reports.

According to our source, Gov. Bello is oblivious of happenings around him, that made Oricha becomes more powerful that nobody questions his decision about the people of Agassa.

” Gov. Bello is not aware of the current happenings around him, this is what we are sure of, because he means well for his people, we are also made to understand that Gov. Bello have a place in his heart for the people of Agassa which Alhaji Shaibu is moving heaven and Earth to thwart such,
Everyone is afraid of him, nobody challenges him, he therefore make unguided utterances to scare people from standing up to his evil plot against the people of Agassa”

The secretary of the Group, who pleaded yet anonymity Said, Currently Oricha was made to attend to the plight of Late Shaibu family, A custodian of Aneku Irenwu ohi (Night Masquerade) whose according to the source has been neglected owing to the DG self-centeredness and strong dislike for the family.

The group assured the Government of Alhaji Yahaya Bello of their continued support, and prayers to see him succeed beyond the doubts of his enemies.

The Nigeria Labour Congress and the Trade Union Congress have suspended the strike scheduled to commence today (Monday).

This followed an agreement reached with the Federal Government at a meeting which started at 8.30pm on Sunday and ended at 2:50am this morning.

After exhaustive deliberations on the issues raised by the labour centres, the meeting agreed to suspend the application of the cost-reflective electricity tariff adjustments for two weeks.

The Minister of Labour and Employment, Chris Ngige, read the five-page communique signed by the representatives of the government and labour.

Olaleye confirmed the development in an interview with The PUNCH on Monday morning.

He said, “Definitely correct. We just left a press conference. We signed a document to suspend the action for two weeks for the government to implement those things that we agreed in the agreement. So, we are suspending for two weeks.

“We don’t need a notice again to re-convene if there is a need to do that.”

The parties agreed to set up a technical committee comprising Ministries, Departments, Agencies, NLC and TUC.

Some key followers of Sen Ishaku Abbo of Adamawa North District have declared a shifting of loyalty to Governor Ahmadu Fintiri.

Although, Abbo is in the same Peoples Democratic Party ((PDP) with the state governor, Abbo has been a critic of both the party and the governor, waging an unending battle against both.

In an action indicating disaffection against him by some within his own support base on Friday, however, many among his supporters visited Governor Fintiri, pledging their loyalty to him.

Members of the delegation to the Government House in Yola, led by Abbo Support Group’s former Coordinator, Peter Ishaya Kwache, told Fintiri that he now had their “complete shift of loyalty”.

Mr. Kwache said they were members of the PDP, who worked to ensure the success of all candidates of the party in the 2019 general election, particularly Abbo, but that they had for a while been at a loss about Abbo’s relentless criticism of the party and the government led by Fintiri.

Water Bill: A Northern Agenda To Righten The Noose On The South – Rep Member

The Member representing Ughelli North, Ughelli South and Udu federal constituency in the House of Representatives, Hon. Francis Waive, has described the Water Resources Bill as a Northern agenda to tighten the noose on the Southern part of the country.

Hon Waive who is a member of the ruling All Progressives Congress, APC from Delta State in a statement, weekend while expressing concerns on the bill, explained that though some provisions in the bill are welcoming and warm, because of the nature of governance and the tendencies to misuse powers in the country, “we cannot at this point in time properly handle this kind of a law without causing more harm than good.”

“The various River Basins which are currently under the control of the government, has not been properly managed; instead it has been grossly politicized, how then can the government manage and control all the water bodies in the country.

“According to public opinion this law is a Northern agenda to further tighten the noose on the South, because obviously the majority of the states from the middle belt down south are surrounded by water. There is also a high resemblance of intentions of some provisions of this act with that of the unsuccessful RUGA bill.

“In my opinion, the bill is of no immediate benefit to the generality of the populace at this point in time, plus we have not developed enough as a country to be able to properly manage all the resources we have to now begin to look at water. Water is the least of our problems as a country.”