Our concern is that any time alarm is raised on kidnapping or attack it takes them time to respond and if they eventually do, they will be reluctant and even threaten us not to take any action against the invaders.

We continue to wonder whether they are here to protect us against aggression or supervise such.

The military personnel deployed to Toto LGA to us are there only to supervise the criminalities going on in the Toto local government area.

While kidnappings and armed robberies  persist in the area, military men deployed to the area continue to shield perpetrators by stopping the locals from resisting attacks.

Kidnappers and robbers willfully invade Toto town and made away with families and resident neighbours could not resist due to the cover given to the assailants by the government security agents.

While the soldiers will not prevent the criminalities, they equally will not allow the people to resist the attack and kidnap of their loved ones.

What the military personnel are doing is purely business, because they are in the position to halt kidnappings, but will stop people from resisting. While the kidnappers carry sophisticated weapons to carryout their crimes, the people even with ordinary stones are prevented from resisting thereby giving the bandits the encouragement to be harassing Toto community.

Sir, we are ready to die in the hands of the soldiers instead of the kidnappers.

They should allow us to defend ourselves and not prevent us and allowing bandits to succeed which invariably is a defeat of the military.

We are ready to face the bandits and kidnappers if the soldiers will allow us. We don’t need their protection since they have failed in doing so.

READ:  Security: Gov Zulum Made Case For The Deployment Of More Naval Personnel To Borno.

Soldiers are paving ways to bandits to attack us. They have not stopped any kidnapper from taking our people rather they stop us from resisting them.

If the much tauted community policing is a serious affair, then the locals should be allowed to defend themselves.

This is very urgent 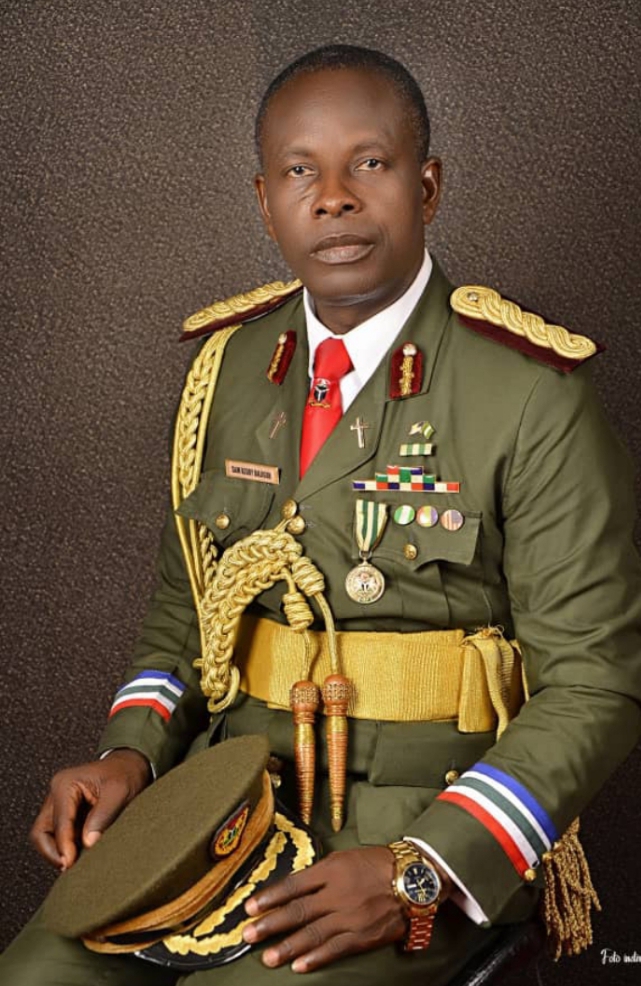 The Commandant General of the Chaplaincy Corps, Doctor Sam Keddy Balogun, has called for concerted efforts towards addressing recent waves of security challenges in the country.

Chaplain Balogun stated this in a paper presentation at the celebration of the National Association of Proprietors of Private School’ (NAPPS) day in Lokoja.

The Commandant General who spoke on ” Curbing Rising Spate of Insecurity – Way forward for education in Nigeria, said insecurity is currently threatening the foundation of the nation and has badly affected the Northern part of the nation with it’s educational disadvantaged status.

He recalled the traumatic story of the 276 Chibok girls that were abducted in 2014 noting that over 600 had been kidnapped while in school.

Chaplain Balogun said such experience had ripple effects on the educational sector, affecting parental trust in school system, drop of morale for learning, fear of unknown as well as drop in performance and results.

He warned against retrogressing towards such dimension noting that poorer educational standard could lead to total collapse of a nation.

The Commandant General urged governments to find the causes of Insecurity and as well investigate the sources to determine different approaches towards solving the issues.

He urged governments to the responsive to their primary roles as patriotic citizens emphasising that their failure to provide basic necessities can breed frustrated citizens.

The Commandant General appealed the all citizens to take security as a personal concern and discourage agitations towards fragmenting the nation.

The Commandant General of the Chaplaincy Corps, Doctor Sam Keddy Balogun being honour

While expressing appreciation to NAPPS for the award bestowed on him, Chaplain Balogun promised to continue to render his services to humanity. 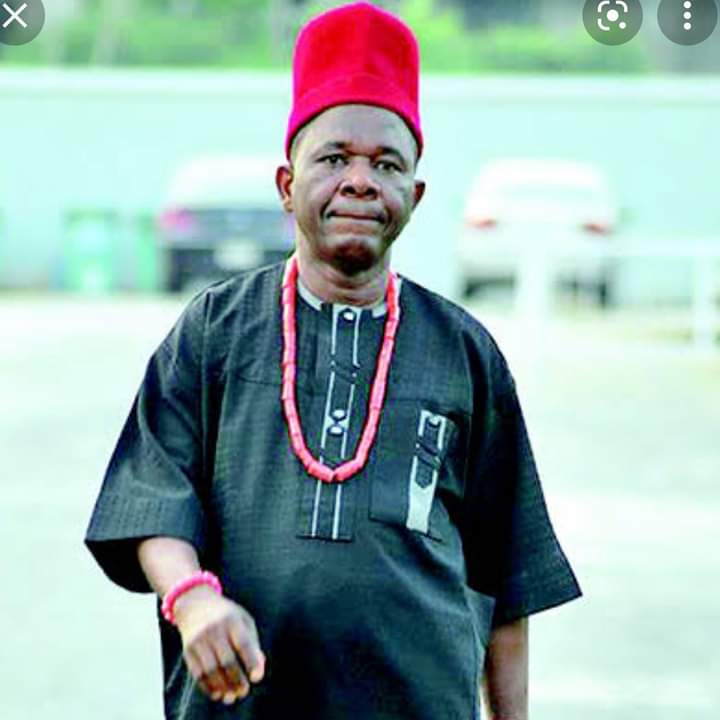 Barr. Ejiofor speaking on the arrest of Agu by the secret police described the situation as unfortunate and indication of how the Nigerian security agents are desecrating the Southeast.

Global Time Nigeria revealed that the Nigerian Army had arrested the Nollywood actor for donning a Biafra regalia in Onitsha Anambra State.

Mr. Agu was arrested on Thursday in Upper Iweka Bridge by soldiers while carrying out a charity exercise.

He was, however, released by the Nigerian Army, and shortly afterwards, re-arrested by DSS operatives on Friday.

Reacting to the development, Ejiofor called for the immediate and unconditional release of the 65-years-old actor.

He charged the military to apologise to Agu for violating his fundamental human rights.

In a statement he issued on Saturday, Ejiofor said: “I was shocked to watch a respected elder and widely celebrated Nollywood Veteran Actor, who has creditably distinguished himself in the industry being dehumanized and treated like a common criminal. If I may ask, what offence has Agu committed to warrant being subjected to such humiliation, torture, inhumane treatment and degradation by those who knows little or nothing about our laws?

“Can these untamed men, recklessly abusing their offices tell us why they are desecrating our elders and by extension the sacred land of our ancestors?

“Unfortunately, disturbing information reaching me few hours ago is that Chief Chiwetalu Agu has been re-arrested by the DSS. We hereby demand for the immediate and unconditional release of Chief Chiwetalu Agu, from the custody of the DSS,” he added. 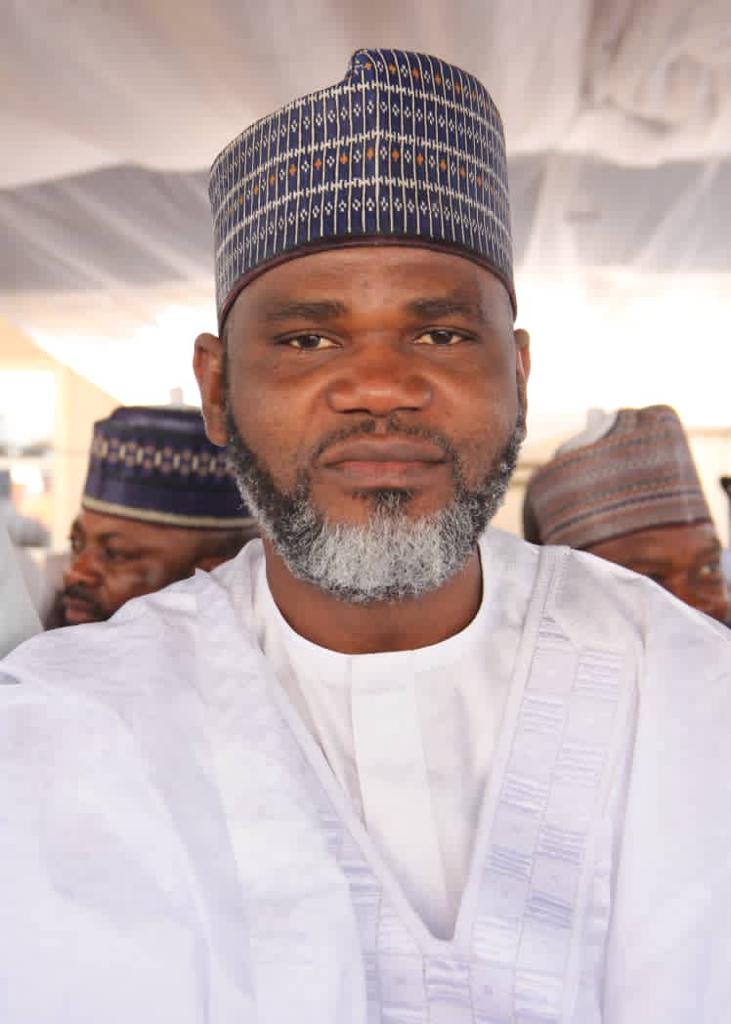 As part of the administration’s commitment towards providing a safe environment for all residents and investors, the Kogi State Security Trust Fund is set to collaborate with Hytera, a security gadgets company in equipping security agencies.

Hytera, a renowned global security outfit, is set to support the state government with body cameras,tracking devices,digital communications gadgets and monitors amongst others.

The Chairman Kogi State Security Trust Fund, Abdulmalik Teina made the disclosure during a meeting with Hytera Mission Critical Support System and other major stakeholders in the security circle at Government House Lokoja.

Hon Abdulmalik Teina who described security as key to enhancing economic growth in any society, said the state government was determined to tighten the noose on criminal elements through the project.

According to him, after an assessment tour and inspection of Hyteria activities in Ethiopia, Hon Teina expressed satisfaction with the security outfit stating that if deployed in the state, it will assist in boosting the efforts of rural police bodies such as the local vigilance groups in finally nipping insecurity in the bud.

Earlier, head of the Hytera delegation, Onoja Donatus in his presentation, stated that the investment partners are to meet two core values which includes consolidating the legacy of Governor Yahaya Bello in securing lives and properties as well as the investment and territorial integrity of Kogi.”As Kogi is known globally as the most secured state”.

Donatus further revealed that the Hytera response started with 9 mobile and rural telephoning.

He further said that HYTERA responds to emergencies ranging from theft to other crimes perpetrated within the state which will be brought under one control; that is one network serving two purposes.

In addition to creating employment opportunities for youths, the project he further explained would be funded for an initial ten year period by the outfit before the state commences repayment.

On his part, Gianluca National an Italian with the HYTERA group stated that his organization has references in more than 120 countries in the world including Malaysia, Netherlands, Brasil, Russia and Indonesia, South Africa among others.

In his contribution, Special Adviser to the Governor on Economy, Finance and Investments (KEFI), Abdulkareem Siyaka, stated that the government was commitment towards actualising two core projects which includes boosting security as well as promoting the Ajaokuta Free Trade Zone project to enhance commerce in Kogi.

He then called on stakeholders in the state to join hands with government in lifting Kogi higher.