The comptroller – General of the Nigeria Immigration Service (NIS), Mohammed Babandede has said that they will be reciprocating travel bans and restrictions on Nigeria by any country.

Babandede who said this in reaction to the inclusion of Nigeria by the United States to its list of countries with visa restrictions, told The Signature 50 magazine that Nigeria also has the right to dictate who it allows in or restricts entry from.

The Immigration CG said; ”I can tell you that US is a country, it is a nation like Nigeria. They have the right to restrict who will enter their territory or not just like we can restrict US citizen or whomsoever from entering Nigeria.

READ:  Like Father Like Son: Shuaibu Abubakar Audu Foundation Committed To Serve Humanity, Appreciates Kogites For Their Support And Prayers

”So, we will test this for a year and see those who reciprocate and we take actions for those who do otherwise.” 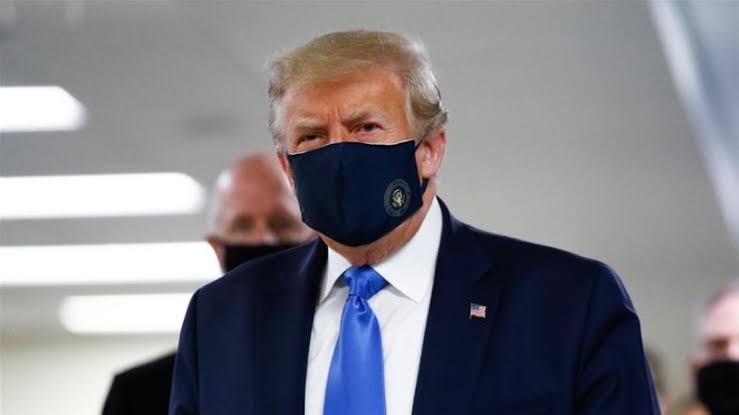 US President Donald Trump And Joe Biden challenge each other during a political debate.

US. President Donald Trump will remain in hospital for a “period of time,” a key White House official said on Sunday.

The official ruled out the need to move towards a transfer of power within the federal government.

Trump improving on COVID-19, may be discharged Monday Trump treated with antiviral drug, ‘resting comfortably’ in hospital – Doctor National Security Adviser Robert O’Brien told broadcaster CBS that day seven and eight after the onset of symptoms are the “critical days” for any patient.

Trump was diagnosed on Thursday with the new coronavirus and was moved, the next day, to the Walter Reed medical centre, a military facility outside Washington.

He apparently had some breathing difficulties initially, but his doctors say his condition has improved and that the medical team “remains cautiously optimistic’’.

His oxygen levels were back within a normal range on Saturday.
The president received an antibody cocktail and is on a treatment course of Remdesivir.

Trump issued a four-minute video on Saturday from the hospital.
Wearing a blue suit jacket and no tie, the president insisted he was “starting to feel good’’ and would soon be back to work at the White House.

The illness has thrown Trump’s re-election campaign into a tailspin, with just 30 days to go into the November vote.

READ:  Like Father Like Son: Shuaibu Abubakar Audu Foundation Committed To Serve Humanity, Appreciates Kogites For Their Support And Prayers

The team has been trying to put forward a sense of normalcy but campaign manager, Bill Stepien, is among a number of people in Trump’s inner circle to have contracted the coronavirus in the past week.

Jason Miller, a campaign adviser, was pressed on ABC’s This Week about the president often refusing to wear a mask and holding large rallies, insisting that Trump has taken the virus “very seriously”.

Nigeria has overtaken India as the world capital for under-five deaths, according to the 2020 mortality estimates released by United Nations Children’s Fund (UNICEF).

The global bank had said in 2018 that Nigeria would take over from India as the world capital for deaths of children under the age of five by 2021.

According to World Bank figures, India recorded an estimated 989,000 under-five deaths in 2017, while Nigeria recorded 714,000 deaths in the same year.

UNICEF, in the report titled: ‘Levels and Trends in Child Mortality’, said Nigeria recorded an estimated average of 858,000 under-five deaths in 2019 as against India, which ranked second with 824,000 deaths out of 5.2 million under-five deaths globally.

The statistics, which covered a period of three decades–1990 to 2019– showed that 49 per cent of all under-five deaths in 2019 occurred in just five countries: Nigeria, India, Pakistan, the Democratic Republic of Congo and Ethiopia.

“Nigeria and India alone account for almost a third,” it said.

The report said under-five mortality rates declined by almost 60 per cent since 1990.

However, the UN expressed concerns that “while the extent and severity of the mortality impact of COVID-19 on children and youth is still unknown, the potential of a mortality crisis in 2020 threatens years of remarkable improvement in child and adolescent survival from 1990 to 2019, the period covered in this report.

“Even with that progress, some 5.2 million children died before reaching their fifth birthday in 2019 alone. Tragically, many of those children died of preventable or treatable conditions.”

Nigeria’s population has doubled since 1990, which means the percentage of neonatal deaths in the country has reduced, but the absolute numbers are higher.

The report said while child deaths are uneven across regions, the situation is worse in sub-Saharan Africa and Central and Southern Asia.

“In 2019, sub-Saharan Africa carried more than half of that burden with 2.8 million under-five deaths (53 per cent), followed by Central and Southern Asia with 1.5 million (28 per cent).

“Sub-Saharan Africa also bears the brunt of deaths among children and young people older than age 5, accounting for 44 per cent of deaths age 5–24,” it stated.

“While current evidence indicates the direct impact of COVID-19 on child and youth mortality is limited, indirect effects stemming from strained and under-resourced health systems; limitations on care-seeking and preventative measures like vaccination and nutrition supplements; the socio-economic strain on parents and households resulting from job loss or economic downturns; and stress to children and parents associated with abrupt societal shifts may be substantial and widespread.

“Moreover, many of these indirect effects may not be apparent for some time after the pandemic recedes and may reverberate for an extended period following the pandemic,” it

UNICEF Director, Henrietta Fore, said: “The global community has come too far towards eliminating preventable child deaths to allow the COVID-19 pandemic to stop us in our tracks.

“If the child survival targets are to be met on time, resources and policy must be geared toward not only sustaining current rates of decline but also accelerating progress, which would save millions of lives. If the trends from 2010 to 2019 continue, 53 countries will not meet the SDG target on under-five mortality on time—if all countries were to meet that target, 11 million under-five deaths would be averted from 2020 to 2030.

“Achieving child survival goals and heading off a reversal of progress in child survival in 2020 will require universal access to effective, high-quality and affordable care and the continued, safe provision of life-saving interventions for women, children, and young people.

“If all countries reach the SDG child survival targets by 2030, 11 million lives under age five will be saved—more than half of them in sub-Saharan Africa.” (ThisDay)

The Ghanaian minister of information, Kojo Oppong Nkrumah has sent a six-page response to Nigeria, over accusations of hostilities to Nigeria and harassment of Nigerians.

On Friday, 28th August, the Nigerian Government, reeled out a litany of hostilities and harassments committed by Ghana against Nigerian interests and Nigerians and declared it will no longer tolerate future unfriendly acts.

In a statement by Information minister, Lai Mohammed, the Nigerian government announced it is urgently considering ”a number of options at ameliorating the situation”.

Ghana has now responded to all issues raised by Nigeria, acknowledging they have the potential to sour relations between the two countries.

Nkrumah outrightly denied most of the allegations, saying they did not reflect the true state of affairs.

And responding to Nigeria’s subtle threat to take counteractions, Nkrumah said: Any protests, decisions, or actions based on Lai’s statement “will thus be unjustified”.