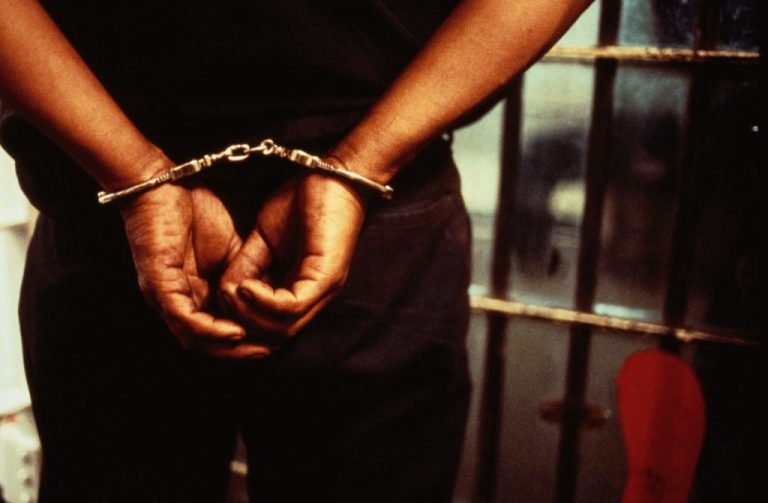 The Commissioner of Police in charge of Owo and Ose local government areas of Ondo State for the Ondo governorship election, Abutu Yaro, on Saturday disclosed that many people were arrested for electoral offences during the election.

Yaro said one of the suspects was arrested for inducing voters at Unit 15 Ward 4, Shagari Market along the Owo- Benin Highway.

The suspect, who was stripped half-naked and handcuffed was placed at the back of the police van.

But the suspect denied the allegation.

He claimed he was an election observer but he refused to give his name and the group he was working for.

He said he was mobbed when he called the attention of the police to vote-buying. While protesting his arrest, he said police should have also arrested those who he said were buying votes.

But the commissioner said, “We rescued him from the people, who wanted to lunch him. He was They said he came to buy votes and when he was caught he threw the money at the people.”

But an eyewitness alleged that the suspect was trying to snatch the ballot box when he was mobbed by the voters.

READ:  Your Secret Meetings With Traditional Rulers Will Not Only Failed But May Trigger Youths To Anger" - Urhobo Group Tells Delta State Deputy Governor
Continue Reading