Governor Babagana Umara Zulum on Tuesday, approved the recruitment of 776 teachers for Borno’s Secondary Schools who are to resume work on November 1st 2020.

The Governor made this known during a meeting with the officials of the State Ministries of Higher Education and Borno State Universal Basic Education Board (BOSUBEB).

Zulum also said that immediately after the completion of the verification exercise, similar approval will be granted to the State Universal Education Board to recruit more qualified primary school teachers.

The Governor further said, that the state executive council’s resolve to extend retirement age for the teachers of the State tertiary institutions. He said a bill was already sent to the state assembly to that effect.

Governor Zulum also directed the state ministry of education and the state Universal Basic Education Board to recruit some qualified retired teachers, particularly science teachers on ad hoc basis. This the Governor said is to bridge the gap of the existing shortage of science teachers across the state.

The Commissioners of the two ministeries, Executive Chairman of BOSUBEB, permanent secretaries and other top officials of other agencies in the education sector have attended the meeting.

The lawmaker being decorated with his new tittle Ambassador of Egbura Nation.

Comr. Umar Abdulsalam, President of the association in a remark commended the lawmaker for all his good works particularly efforts geared towards assisting students within and outside his constituency.

The Egbura higher students body acknowledged Hon. Tanko for his tireless support to students, youths and women of his constituency.

“ENSA Federal University Lokoja decided to honored Hon. Tanko as an AMBASSADOR OF EGBURA Kingdom  in view of his numerous contribution to Youths, Women and Students in Egbura Nation”

The lawmaker, Hon. Mohammed Abubakar Tanko Okofi, (APC) Kogi/Koton-Karfe constituency while appreciating the Egbura Students thanked them for the honored accorded him, saying the gesture will spur him to do more for his people.

The Leadership of ENSA FULokoja chapter.

“I don’t know the parameters the association used in selecting me owing to fact that I have never met you people. I thanked the association for finding me worthy for the honour”.

He charge the Egbura Students body to take their study serious and continues to be good ambassadors of Egbura Nation. 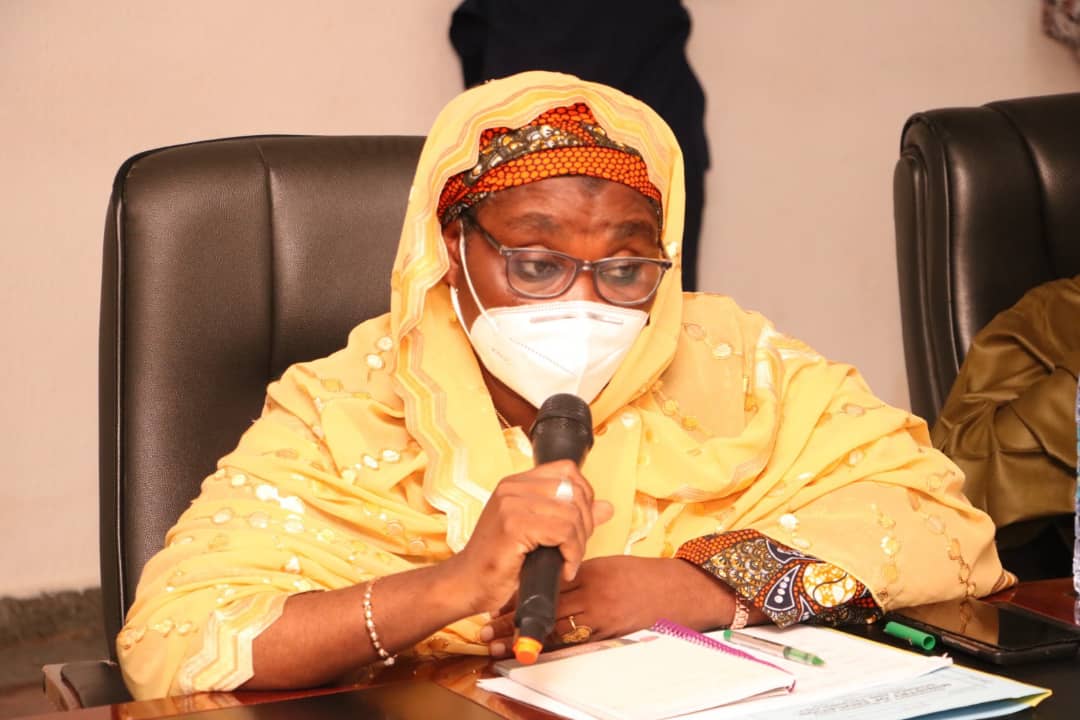 The Commissioner, Nasarawa State Ministry of Education, Hajiya. Fatu Jemaita Sabo, says on Wednesday that the state government would commence the payment of salaries of 2,250 newly employed teachers this month.

The Commissioner said was to ensure optimal productivity, enhance standard of education and to improve on the lives of the newly employed teachers.

Sabo disclosed this when the ministry appeared before the House Committee on Education to assess their 2020 budget performance in Lafia on Wednesday.

The commissioner said  that Gov. Abdullahi Sule’s administration has given topmost priority to the education sector for improved standard of education through its various educational policies and programmes.

She added that the ministry is awaiting directive from the state government and hopely in the next one to two weeks, higher institutions in the state will resume.

Responding, Hon Daniel Ogazi, the Chairman of the committee said that the invitation extended to the ministry was to assess their 2020 budget performance.

Ogazi (APC-Kokona East) said that the committee  would continue to give the ministry and the state government the necessary support in order to ensure better and improved standard of education in the state.

” We will continue to do our best in ensuring quality and improved standard of education in the state,” he said.

The committee commended Gov. Abdullahi Sule for ensuring prompt payment of salaries of civil servants  in the state and make a similar case for tertiary institutions  in the state.

It would be reported that issue of delay in salaries of lecturers of tertiary institutions in the state was also brought forward and the need for state government to expedite the process of taking over their payments was also extensively discussed.

Meantime, the management of Isa Mustapha Agwai Polytechnic, Lafia appeared before the committee for the school’s 2020 budget performance assessment.

Mrs Justina Kotso, the Rector of the Polytechnic, who was represented by Engr. Obande Jonathan, Dean of Studies appealed to the state government for prompt payment of salaries and gratituties of lecturers.

The Egbira National Students Association, ENSA, Federal University Lokoja chapter has been described as next crop of leadership in Nigeria which the nation will be looking up to in near future.

Umar said they were in his office to rejoice with him, pray and wish him well to succeed in office just as he has done credibly in his previous office.

He said its only the Almighty Allah that ordained power to who he is so please with and has destine some things to happened the way they are right now.

“Mr. Chairman, we are here to felicitate with over what the Almighty Allah has done for you”

“We pray to Allah to grant you sound health, long life and prosperity so that you will continue to use your good office for the benefits of your good people and humanity in general”.

The Chairman said their decisions to visit, congratulate and wish him well is highly commendable owing to the fact that students are the next leaders.

While thanking the Egbira students body for coming to identify with him, saying his appointment was made possible by His Excellency, Alhaji Yahaya Adoza Bello, Executive Governor of Kogi State and hence to gives glory to Almighty Allah.

Barr. Tanko said if he was not their own they won’t even think of coming to visit him and on the basis of that cordial relationships he is grateful for their visit.

Speaking further, Barr. Tanko said their demands is incumbent on him and others leaders to ensure some of their needs especially all that has to do with academic pursuit are provided as part of support to enable them concentrate on their ongoing study at the University.

He took them down memory lane which he said as a students then they were also paying courtesy visit to some of their leaders through various organization, unionism, group and tribal group among others with aimed to brainstorming and seeking their advises on way forward geared sustainability of their study.

However, he said as they’re doing that there should be a subsidiary to the main agenda which is a education they’re pursuing.

“You know the University is a society for academic excellence, having found yourself there, you have surmounted all available levels starting from day one to your present and remaining days in the University”.

“My prayer for all of you is that you will come out be certificated, inshallah, he said.