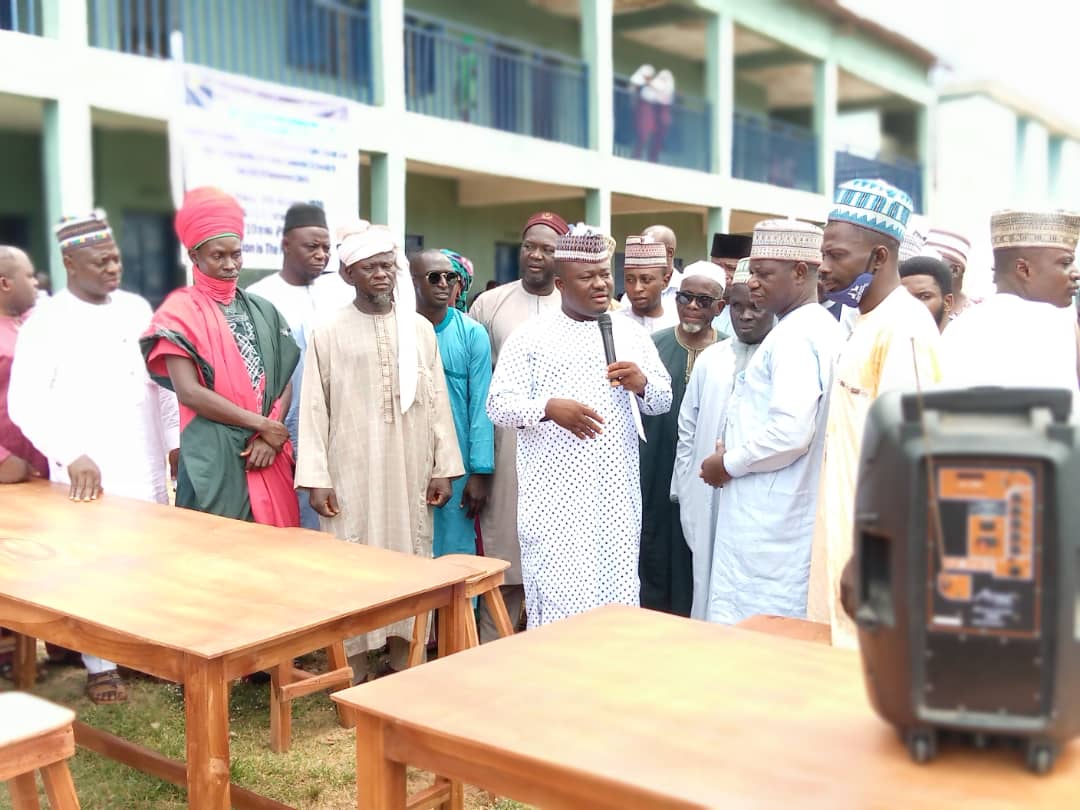 Global Times Nigeria Reports that a block of classroom and laboratory desks for some selected schools presented during the ceremony.

Speaking at the ceremony, Chief Operating Officer of Maikaya Development Foundation, Rt. Hon (Amb), Shuaibu sani, said the gesture was part of many the foundation have been doing over the years.

According to him, the foundation have given scholarships to students, WAEC/NECO fees, grant to women, sponsored and engaged youths into some gainful programs, sports and others aimed at creating wealth and opportunity.

He also said the gestures has nothing to do with politics, adding that the humanitarian is known for touching lives positively for over a decade.

The Director Area Inspectorate office Toto who represented the Education Commissioner, Nasarawa state ministry of education and NUT all prayed God to grab prerequisite wisdom to continue in this direction of giving hope to poorest of the poor, the have-not, vulnerable people in the society.

Representatives from palace, Students Union, Youths and women group lauded his effort for always standing for his people.

Maikaya, is the former APC gubernatorial aspirant in the 2019 election due for Nasarawa State, a native of Egbira and origin of Toto, Toto LGA of the State. 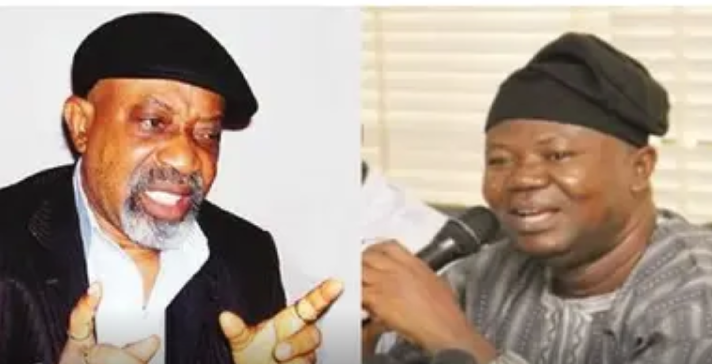 The Academic Staff Union of Universities, ASUU, has reprimanded the Federal Government for disappointing all endeavors to determine issues that caused the continuous strike the teachers set out on.

Prof Biodun Ogunyemi, ASUU National President, expressed this when he was a visitor at Channels Television program, Politics Today.

Ogunyemi expressed that the Federal Government has would not make any move to address the issue that caused the strike.

He stated, “The strike is still on because of the FG not making the essential strides. We allowed them fourteen days to address our five focuses requests.

“We drew in the administration, however they were not approaching. They had an entire year to address those issues. They gave us places that were not satisfactory to our individuals.

“During our first gathering, we thought they were nearly settling the issues.

“What intensified the issue is the issue of IPPIS. We have said that it is an interruption. There is no college on the planet that utilizes IPPIS.

“We have completed three introductions of UTAS to the Minister of Education and his group, the authority of the Senate and Office of the Accountant-General.

They just concurred that UTAS is acknowledged in standards.

Nasarawa State Governor, Engineer Abdullahi Sule, has made a commitment to renovate and fully equip the Government Technical School Assakio, in line with the determination of his administration to promote science and technical education in the state.

Engineer Sule made the commitment shortly after conducting an assessment tour of the school, on Wednesday.

Engineer Sule however lamented the present level of dilapidation and decay in the school, stressing that his administration will revamp the school, fully equip it and make Government Technical School Assakio conducive for learning.

The Governor disclosed that with his administration about to equip the Lafia Technical Institute, he thought it wise to also assess the situation at GTS Assakio, so that government can equip the two institutions at the same time.

Engineer Sule stated further that the visit was also in fulfilment of his campaign promise to the people.

“I made a promise to the people of Assakio, during the campaigns, that because of my love for technical education, if elected, I will do everything possible that I can, to ensure that I equip the school.

“But it looks like the school requires more than equipment, because it needs to be renovated, the hostels are in bad condition, the whole environment is actually in a terrible condition, from what I have seen,” the Governor said.

He noted that even though he didn’t enquire into the aspects of academics, especially on the kinds of teachers in the school and their various qualifications, Engineer Sule said his administration will ensure that GTS Assakio has the right teachers and management to be able to run the school effectively and efficiently. 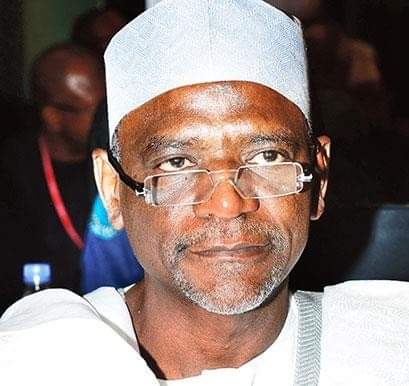 The Academic Staff Union of Universities (ASUU) has come under attack as the federal government described the condition set by the body before it can end its strike as “unreasonable.”

It would be recalled that ASUU said it would end the strike action after its home-grown University Transparency and Accountability Solution (UTAS) has passed the federal government’s integrity test.

Speaking in an interview with the Punch, the national leader and president of the association, Professor Biodun Ogunyemi, gave assurance of questions arising when lecturers are going to return to classrooms.

On Wednesday, October 21, after reaching a unilateral agreement with the representatives of the federal government, ASUU was supposed to call off its strike and mandate lecturers to return to lecture rooms.

But Ogunyemi said UTAS, which is an ASUU-developed payment system instead of the controversial Integrated Payroll and Personnel Information System (IPPIS), is still going through an NITDA-managed honesty test.

Ben Goong, spokesman for the Ministry of Education, reacting to the status of the ASUU, said that the demand for ASUU is absurd because varsity lecturers can not decide how their employers, the federal government, should pay them.

“I don’t know whether you know how many groups, organisations and associations receiving a salary from the federal account. So, if everybody is doing their own platform, imagine how many payment platforms government will have to deal with it.”