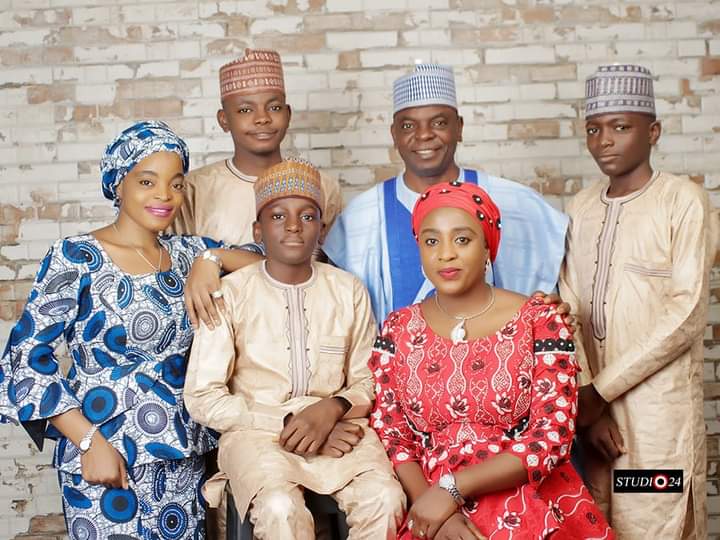 Chief Aibro and his lovely Family

Today marks another milestone in the life of a distinguished and accomplished gentleman, a great man with an uncommon and incomparable Leadership prowess that captivate both the youngest and oldest of minds.

Today, you are celebrated by millions of Nasarawa populace home and abroad, not because this is your first or the last birthday, but because the entire youths in the State appreciates and recognizes your patriotic, selfless, humanitarian and loyal disposition to your fatherland and your fellow beings.

Your political sagacity, genuine commitment to development, unity and peace of our dear constituency and generosity stand you out among your contemporary.

“We wanted you to know on this special day how much we
admired, appreciated and respected you”.

Happy birthday to an outstanding role model, a great inspiration and an incredible personality.

Your efforts in resetting the orders of our constituents is unsurpassable and will never go in vain. 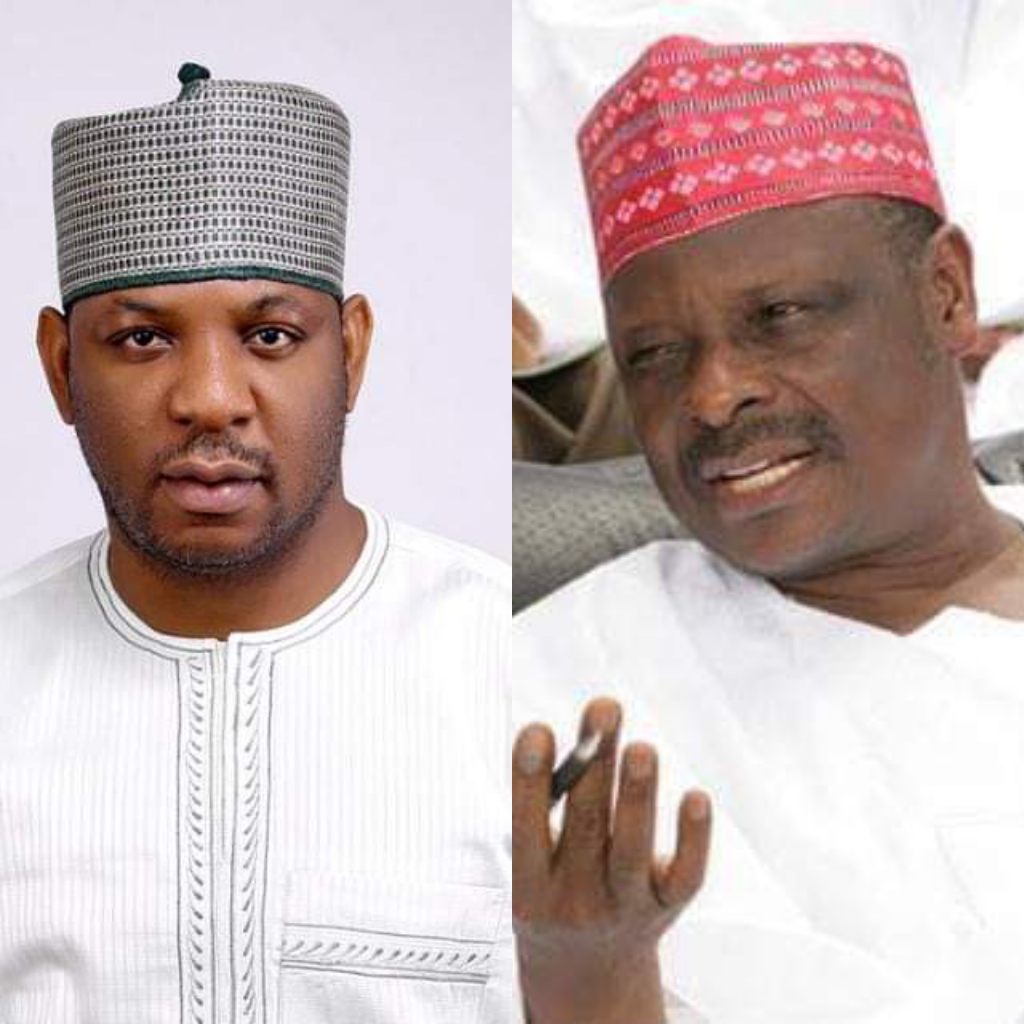 A colossus was born on this day, 64 years ago, born in the remote village of Kwakwanso in what is today part of Madobi Local Government of Kano. On that fateful day of October 21, 1956 no one would believe that he would0 grow up to become an enigma of sorts who would not only be a consummate administrator but also a political colossus and a bridge builder who would further turn out to be a unifier in a country as diverse as Nigeria.

Named Rabiu by his parents, Kwankwanso has continued to excel in all areas of human endeavours that providence and opportunity have conspired to thrust on him and he continued to prove his mettle, no wonder he has emerged in the nation’s political filament as a recurring decimal.

Having served in the civil service of his native state of Kano, he made a bold entry into politics in 1992 when joined the now defunct Social Democratic Party (SDP) he was elected into the Federal House of Representatives representing Madobi Federal Constituency. Not only that, he got elected the deputy speaker, a feat that was to thrust him into national political limelight.

With the abortion of the stillbirth Third Republic, he staged a return when he was elected into the 1995 Constitutional Conference as a delegate from Kano. His loyalty and contributions soon earned him accolades hence his subsequent election as the Kano State governor on the banner of the Peoples Democratic Party (PDP).

Though he lost re-election bid to his main rival, Malam Ibrahim Shekarau of the now defunct All Nigeria Peoples Party (ANPP) in 2003, Kwakwanso later staged a comeback to power four years later after having had to rejig his political structure, which he christened The Kwankwassiya Movement.

Like a man set against time, Kwakwanso during his second coming embarked on a massive and aggressive programme of modernisation of the state through provision of infrastructure such as roads, hospitals and schools. Unlike those before him, he embarked on a programme of training the youths for professional skills acquisition by sending them overseas to study abroad.

By the time he exited office in 2015, Kwakwanso had to his credit, the establishment of about 230 secondary schools out of which 47 are technical colleges, 44 School of Islamic Studies, a Chinese College, a French College, and the first boarding girls college as well as a boys college in Damagaran and Niamey; jointly with the Government of Niger Republic.

He awarded over 2,600 postgraduate and undergraduate foreign scholarships to about 14 countries across the world. This is in addition to the local private University scholarship in Nigeria.

In the area of infrastructure he constructed three flyover bridges in the Kano metropolis to ease vehicular movement. These edifices were further complemented by five kilometers of dual carriage lighted roads in each of the 44 local government areas of the state.

It is to his credit that he built many houses and estates in both his first and second tenure in office. In all, no fewer than 1500 houses have been constructed and donated free to the rural poor communities and victims of flood disaster.

He also placed his expertise at the disposal of the larger Nigerian public when he served at various times as minister in charge of various ministries just as he was also a special envoy of the country to Darfur, Sudan.

On the political front, Kwakwanso forged friendship and alliances across the country in his bid to further demonstrate his sense of statesmanship. One of those who formed dependable alliances with him was late Prince Abubakar Audu, the first executive governor of Kogi State. He was a liberal minded politician, he named one of the flyover after my father in Kano metropolis. Such was Kwankwaso.

I remember the role played by Kwakwanso during the burial of my late father as well as the buffer of support that he has continued to render to the family in the demise of its breadwinner in 2015′ We remember the warmth and succor that his presence provided for the family in those trying times.

He was not only around to bid his bosom friend a befitting good bye, he also saw to it that he did all he could to ensure that our father had the best funeral passage. It is even important to stress that Kwakwanso is a bridge builder who doesn’t abandon his own, a rare attribute that is not very common in this part of the world.

Ex-Governor Bello’s Aide On Students Matters, Comr Joshua Felicitates With Chief Of Staff, Pharm. Asuku On One Year In Office

Immediate Past Senior Special Assistant on Students Matters, to Kogi State Governor, Hon. (Comrade) Omonu Joshua alias Level Pumping has described the one year in office of the present Chief of Staff, Hon. Pharm Abdulkareem Mohammed Jamiu Asuku as a fruitful and commendable.

Hon. Joshua made this known in a statement signed and made available to Journalists on Wednesday, in Lokoja, the Kogi State capital, saying he is so proud to be part of GYB political family and of the strides that Pharm. Asuku has made over the year, and, even more important, his open disposition towards state matters endear him more to the people.

“I cannot begin to express how moving it has been to witness your office progression, from working with the government for some years ago even when I was an aide to the Governor, you all perform excellently”.

“how inspiring and equally significant, is your encompassing leadership skills with those with whom you interact. You are always gracious, respectful and truly a wonderful person. I am so blessed to know you and to be under your leadership. I wish you all the best during your remaining years ahead”.

“Please note that I will be available to support you in any way I can and I am grateful for the opportunities which the Governor have had enabled me to enjoy in his first term administration”.

READ:  Kogi LG Boss Bags Award Of Most Friendly Administrator Of The Year

“Congratulations, The State is very lucky to have you at the helm. It has been a pleasure getting to know you and I look forward to the continued success of your office and the government of Governor Yahaya Bello”.

“You have earned this great distinction and I am confident that you will lead the State to an even higher standard of excellence in the future. I am so proud to know you and even more proud of your accomplishments that has led you to this wonderful and exciting opportunity as the Chief of Staff to our beloved youthful and workaholic Governor Yahaya Bello”.

May God bless you in your leadership Sir! Go for more win!

READ:  Inside Tomato Book Launch: Nasarawa Youth Commend The Foresightedness Of Comr. Idris Ojoko, Says He Has Brought Honour To The State And Beyond
Continue Reading

In a Statement he personally signed and issue to newsmen in Lokoja, the State capital, The Commissioner expressed gratitude to almighty Allah for the journey so far, the strength, zeal and prerequisite wisdom for able to surmount some age-long challenges like insecurity related ones, praying and hoping for such laudable feat to be sustained in the interest of the country.

Speaking further, he said in Kogi State, today, it is all about good news, development upon developments all with the effort of the indefatigable youthful Governor, Alhaji Yahaya Bello who over the years has change the narrative through massive transformation that is taken place across the State, in areas of Potable Drinking Water, Solid Mineral and Natura Resources, Agriculture and Infrastructure, education, health others include human capital development, youths and women empowerment, security among others.

The Commissioner appreciated the People of Kogi State for their supports, prayers and solidarity for Governor Yahaya Bello led APC Administration the State.

He also used the medium to sue for peace, unity and love amongst the people. The statement added.