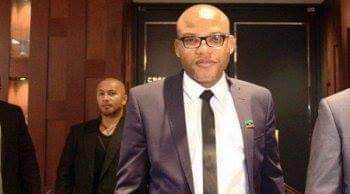 The leader of the proscribed Indigenous People of Biafra (IPOB), Nnamdi Kanu, has commended #EndSARS protesters.

Our correspondent reports that protesting youths in Nigeria are agitating for the end to Police brutality and extra judicial killings of Nigerians. The protesters have been on the streets for six days now, protesting the humiliationand extortion of Nigerians, especially the youths.

The protesters demanded an end to the Special Anti-Robbery Squad (SARS), a police unit under the Force Criminal Investigation and Intelligence Department headed by the Deputy Inspector General of Police Anthony Ogbizi, using a hashtag: #EndSARS.

READ:  "My Son Was Among Those Gruesomely Killed At Lekki Tollgate" — Late Anthony's Mother

However, since the announcement that SARS has been scrapped, the protesters have refused to leave the streets, which Sagay says might force the Federal Government to take drastic measures against the protesting youths.

Reacting in a statement issued by Emma Powerful, IPOB Media and Publicity Secretary, Kanu commended youths for waking from their slumber to demand justice in the ongoing #ENDSARS protest across the country.

“We are happy that at last the youths of this generation have come to terms with the brutal reality of life in Nigeria which we saw many years back,” he said.

The IPOB leader who noted that the security agents have been lenient to criminals but brutal to their citizens, frowned at those congratulating President Muhammadu Buhari for scrapping Special Anti-Robbery Squad (SARS), saying the disbandment was more of putting old wine into new bottle.

The statement added: “These sycophants congratulating this version of ‘Buhari’ for scrapping SARS should stop doing so because nobody has scraped SARS. What they did was to give it a new name -SWAT. The Nigeria government and the Inspector General of Police simply poured the old wine into a new bottle.”

“This deceit should not be tolerated by any right thinking person. The Senate President, Speaker of House of Representatives, the ruling APC party and other individuals congratulating their newest version of ‘Buhari’ and IGP for scrapping the criminal unit of the Police are not sincere.

“They must apologise to the people for this international embarrassment. The sycophantic congratulations are a mockery of the blood of the innocent victims of SARS and other overzealous security personnel in the country.

“IPOB is calling on all the families of victims of extra judicial killings particularly those killed during the on-going #ENDSARS protest to come out and show their grievances to the world, Nigeria Government and to the Police. The protest should continue until the right changes are effected.

“Nigerian youths must not relent in fighting those who abandoned all their responsibilities in dealing with armed robbers, kidnapers, ritualists and evil doers and resorted to chasing after innocent people who already encumbered with hardship.” 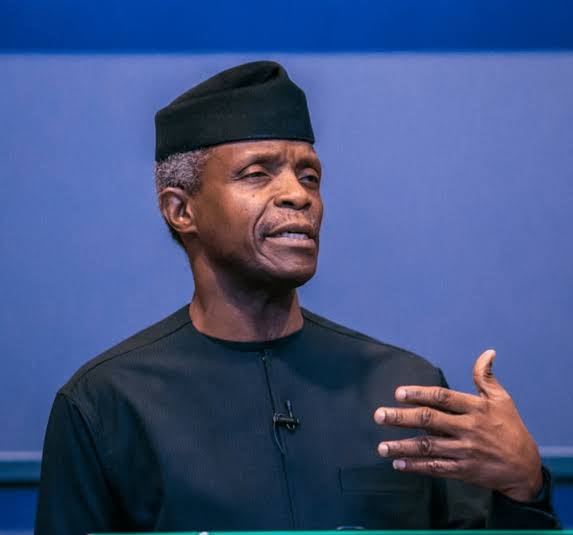 The Vice-President of Nigeria, Prof. Yemi Osinbajo will chair a committee to address the “deeper issues” behind the demonstrations against police brutality.

The panel was set up following an emergency meeting of the National Economic Council (NEC) in Abuja on Monday.

The meeting which was chaired by Osinbajo lasted for four hours, according to Laolu Akande, the vice-president’s spokesman.

In attendance at the meeting were governors; Mohammed Bello, federal capital territory (FCT) minister; Mohammed Adamu, inspector-general of police (IGP), as well as representatives of the Nigerian army and the National Human Rights Commission.

The panel will engage the youth, civil society organisations (CSOs), as well as religious and traditional leaders on employment, the government’s social safety net programmes, national unity, among other issues.

The committee is expected to develop a framework on how the federal and state governments will respond to “the fundamental issues underlining the protests and arrive at effective solutions, including how to enhance Nigeria’s national security”.

The council commended the police and other security agencies for handling “disturbances” in some states and added that they are capable of restoring law and order in the country.

The committee has the following governors as members: Aminu Tambuwal of Sokoto, Babagana Zulum of Borno, Abubakar Bello of Niger, Rotimi Akeredolu of Ondo, David Umahi of Ebonyi, and Ifeanyi Okowa of Delta. 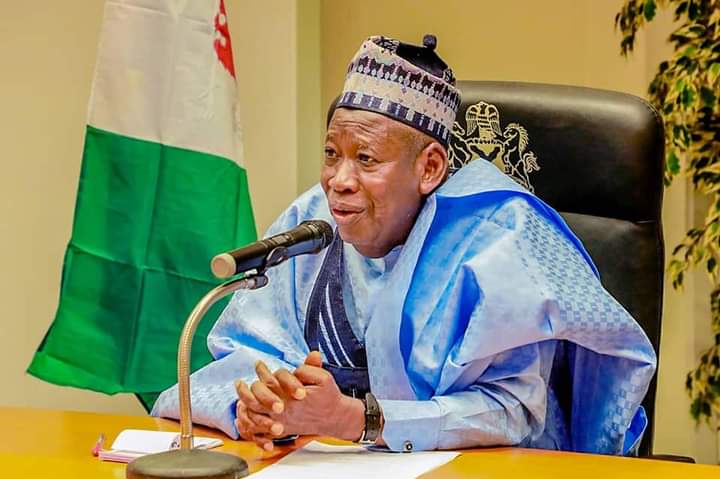 Governor Abdullahi Umar Ganduje of Kano state appreciates how Kano people rejected to participate in violence-ridden protests, which caused destruction of lives and properties in some parts of the country.

Recalling that “Even before some states were engulfed in the violent protests, we called meetings of stakeholders, – we already have Peace Committee in the state, long before now – with whom we discussed modalities on how to continue living in peace with one another.”

In a statement signed by Abba Anwar, Chief Press Secretary to the Governor of Kano State said he specifically mentioned security agencies, traditional institutions, leaders of Muslim groups, youth groups, civil society leaders, leaders of the communities of Igbo, Yoruba and other ethnic nationalities, among other stakeholders who stood firmly, under the guidance and monitoring of the state government in the area of promotion of peace in the state.

READ:  It Is Not True, We Are Not Dead" - Nigerians Whose Images Went Viral As Dead Says It Is False.

“Words could not express our sincere gratitude to the teeming youth in the state, who refused to partake in any violent activity. Even those who tried to cause mayhem, the situation was immediately controlled. Our youth you deserve all accolades from the state government and the people of the state, Kudos our youth Kudos,” he appreciated.

Not only youth, according to him, “Those deserve to be acknowledged and commended are our Clerics from both Islamic and Christian sections of the society, Igbo leaders, Yoruba leaders, and the leaders of all other ethnic nationalities deserve our commendation from us,” he hinted.

Leaders of the civil society groups, the governor added, “Deserve our full fledged commendation for being part and parcel of all our peace process when violent protests engulfed some states of the federation. We saw in them, just like all other groups, courage and patriotism.”

READ:  #EndSARs: Hoodlums Saved DPO Life Instead Of Lynching Him During Violence Protest In Onisha

“Our acknowledgement and commendation is incomplete when we did not mention media people. All that is done and executed in the entire peace process, could be seen as an exercise in futility if media people refuse to join such effort.

But fortunately for all of us, media men help much in avoiding fake news and hate speech in the state. This goes a long way in finding an atmosphere of lasting peace in our dear state. Media men deserve all the accolades, and deserve many more,” governor Ganduje reiterates.

Governor Ganduje added that, all those who helped in one way or the other, to keep Kano peaceful, should also be commended, explaining that, “Security is everybody’s business. For a continued peaceful coexistence in the state, all hands must continue to be on deck.”

Group to Agba: Don’t pretend to be solving a problem you caused by sponsoring thugs to hijack #ENDSARS protests 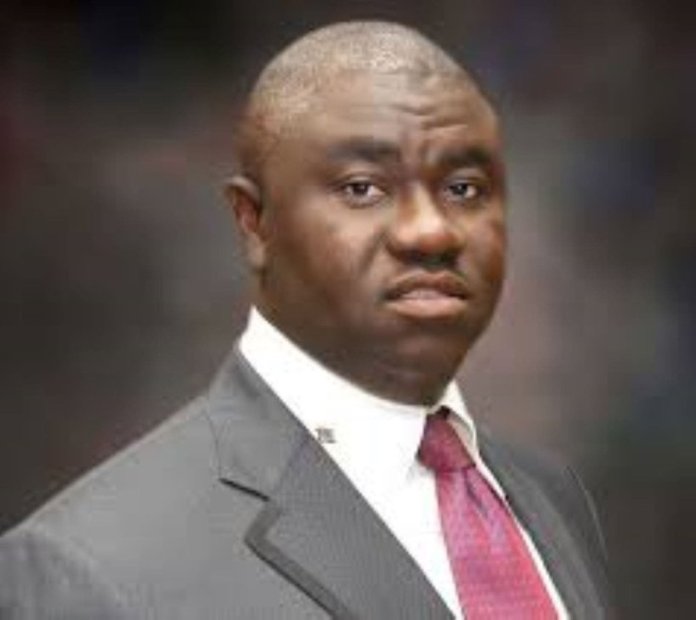 A group, Forum for Progressive Governance and Accountability (Forum4PGA), has warned the Minister of State for Budget and National Planning, Clem Agba, to desist from attempting to solve a problem he caused with the instigation of violence by sponsoring thugs and fake news on social media towards hijacking the #ENDSARS protests in Edo State, which almost caused a breakdown of law and order.

In a statement by its Secretary, Ohunyon Festus Egbenososa , the group said it had it on good authority that the junior minister working with the former National Chairman of the All Progressives Congress (APC), Adams Oshiomhole, and other criminal elements, were responsible for sponsoring hoodlums, who compromised the peaceful protests in the state and initiated a series of coordinated attacks to cause a breakdown of law and order.

The group said attempts to organise town hall and stakeholder meetings in Edo State in the wake of the #ENDSARS protests have been exposed to be a plot to conceal the ignoble deeds of Agba and his allies, noting that Agba’s actions in perpetuating preconceived violent attacks on innocent citizens was shameful and unpatriotic.

According to group, “We are using this medium to put the Minister of State for Budget and National Planning, Clem Agba, on notice to desist from his plans to undermine the peace and harmony that is gradually returning to our dear state.

“We watched closely as the junior minister and his allies have been bitter against President Muhammadu Buhari for refusing to use federal might to violate the will of the people during the recent poll in the state. This led to their loss in the governorship election, causing them to mobilise thugs and other criminal elements to cause mayhem.

READ:  Group to Agba: Don’t pretend to be solving a problem you caused by sponsoring thugs to hijack #ENDSARS protests

“Hence, we are alarmed that Prince Agba is attempting to hold townhall meetings to act like a saint, while in fact he is the despicable villain in the scheme of things. This endeavour to cause mayhem is laced with malice and vengeance. It is a ticking timebomb at a time the state is recovering and normalcy is returning to the public space. We advice against it and call on the minister to desist forthwith with such plans and rather explore other means to exert himself for the development of our dear state.”

The group fingered Agba and his allies as being responsible for spreading fake news and falsehood and directing hoodlums to the government warehouse at Medical Stores Road, in Benin City, the state capital, for looting of the strategic reserve of palliatives and essential medical supplies for children and women.

They added: “They have a well-calibrated mode of operation, which is to profile a government asset or any thriving private establishment, disseminate falsehoods and alternative facts and direct a cache of thugs (who have been prepared for the assignment) to attack and vandalise the facility and get ordinary people to join them, to give it the semblance that it was a masses-led action. Thereafter, the images from the destruction are propagated on social media by their agents to create a sense of lawlessness and unrest across the country.

“A recent attempt to commit arson in Edo North was botched and a popular thug linked to Oshiomhole named Atarodo, was caught and named as being responsible, which aligns with the findings earlier made about Agba.”