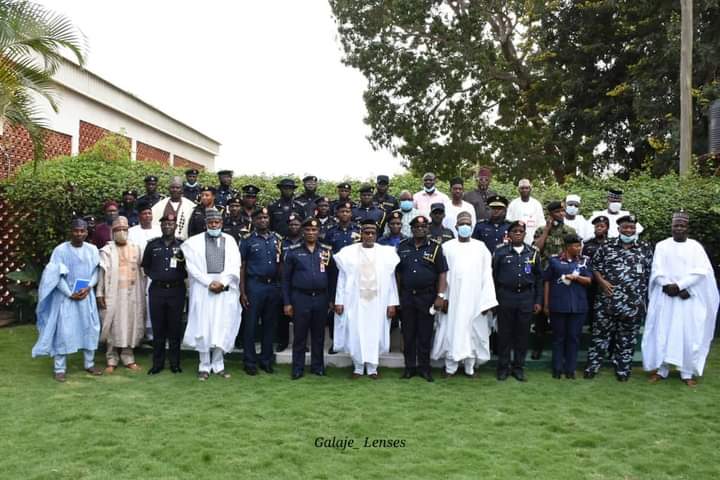 ……Says Bauchi Is Benefiting From His Engagement With People In FCT.

A statement signed by Muktar Gidado, Senior Special Assistant on Media said the Governor disclose this when he received in audience, Controller General of the Federal Fire Service, Dr Liman Ibrahim who paid him an advocacy visit at the Council Chamber, Government House, Bauchi

Governor Bala Mohammed said the state government is ready to work with the Federal Fire Service to ensure effective fire management in the state.

According to him, collaboration between the state government and the Federal Fire Service will assist his administration to overcome the various challenges facing the service in the state.

The Governor pledged to support personnel of the state fire service to enable them response to fire disaster on time and advance their capacity for better service delivery.

“We are very grateful for this very auspicious visit by my Brother whom I know very well as he said, we worked together. One of the benefit I drive from working in the FCT is meeting with good people and Dr liman is one of them.”

“I am very proud that today Mr President found you worthy to be the Controller General of the Federal Fire Service and already we have seen the good work you are doing now. I am happy to receive you on behalf of the Government and people of Bauchi state. I have noted what you have said and we thank you for the establishment of Zonal office in our state.”

READ:  Imo PDP Felicitates With Lawmakers As They Clock One Year Of Legislation.

Governor Bala Mohammed who worked with the current Controller General of the Service when he was the FCT Minister, acknowledged his support towards his success especially establishment of fire emergency centres in the FCT.

The Governor therefore assured of continued working relationship and pledged to ensure judicious utilisation of all the vehicles to be brought to the state by the Controller General of the Service.

“We in Bauchi, our fire service is not doing well, but we are tackling the challenges, Alhamdulillah now Bauchi is receiving a lot of goodwill from the people who I worked with them in the past.”

Earlier, the Controller General of the Federal Fire Service, Dr Liman Ibrahim told Governor Bala Mohammed that the construction of Zonal Fire Service office in Bauchi is at 75 percent stage of completion and described it as tool for ensuring timely response to fire disaster.

Dr Liman Ibrahim promised to provide many fire fighting facilities to Bauchi in appreciation of the tremendous support of Governor Bala Mohammed to FCT Fire Service Command during his tenure as FCT Minister.

“Your Excellency, having worked with you in the FCT I know what you can do and I am grateful for what you have done to us.”

“Let me plead with you, Your Excellency, the Governor to support the state fire fighters to advance their capacity through extensive training and retraining.”

The Controller General called for maintenance of the modern fire fighting equipments in the state and assured to render consultancy services for proper repositioning of the state fire service.

READ:  Imo PDP Felicitates With Lawmakers As They Clock One Year Of Legislation.