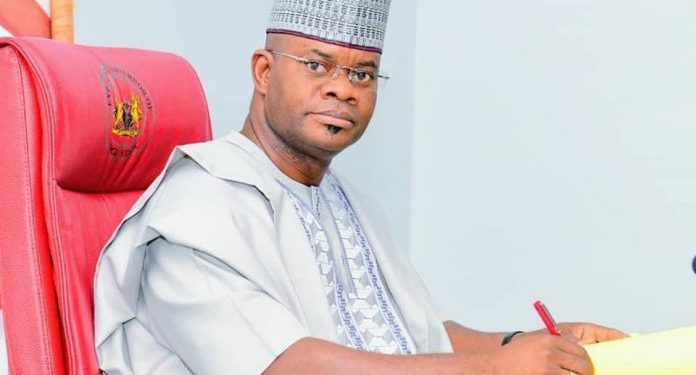 Following the ongoing rehabilitation of the dilapidated Ganaja road in the State, Motorists and Truck owners in the state have lauded the efforts of Kogi State Governor, Alhaji Yahaya Adoza Bello over his effort to make the flooded parts of the road accessible to commuters that are finding it difficult to pass through on daily basis.

Mr Adejoh Ocheja made this commendation today at the arrival of heavy equipments deployed by the Kogi State Ministry of Works and Kogi Road Mentainance Agency ( KOGROMA) to the deplorable section of the Ganaja road, Lokoja.

The road which serves as a major route linking the North with the Eastern part of the Country has been overtaken by flood in the last one month trapping several Trucks.

The Honorable Commissioner for Works and Housing, Engr. Abubakar S. Ohere revealed that even though the Ganaja Road is a Federal Road, the economic importance of the route to the State and the Nation can not be over emphasized.

Ohere said that the State Government can’t fold its hand without making effort to make the road passable, considering the socio economic importance of the road to the State and the Nation at large.

The commissioner noted that the State Government is rehabilitating the road to enable the evacuation of trapped articulated vehicles and to also create a palliative for commuters pending the total reconstruction of the road in accordance with the designed master plan.

He further stressed that the road had already been awarded to three (3) contractors in the past but they are yet to begin work but because of the strategic location of the road the palliative had to commence awaiting a lasting solution.

The Commissioner further stated that, to to avoid further gridlock, the Men of the Federal Road Safety Corps and other Security Agents would be made available in order to encourage free flow of vehicular movement in this season.

Ohere also appealed to the Federal Government to dredge the River Niger so that there would be proper flow of water, if the River Niger is not dredged any little over flow, it will take over the community, He said.

The Commissioner thanked the Motorists and the people of Ganaja for enduring the hardship faced in the last few weeks and hail the Support of the community, describing the synergy as worthy of emulation.

Ohere finally assured Kogi citizens of the continued support of Governor Yahaya Bello to DO MORE for the people of the state.

READ:  Gov Sule Flag-Off The Distribution Of Hospital Equipment Worth Over N300m