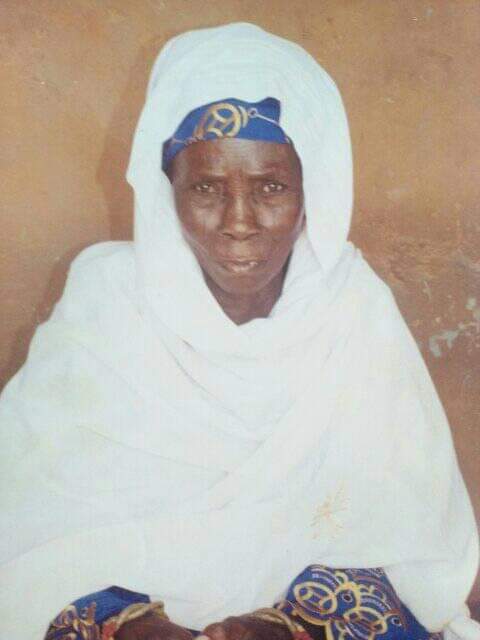 Kogi State Governor, Yahaya Bello has commiserated with the State All Progressive Congress Chairman Hon. Abdullahi Bello over the death of his mother, Hajia Salamatu Bello.

The Governor’s message was conveyed in a press statement on Tuesday signed by his Chief Press Secretary, Muhammed Onogwu.

The Governor condoled with the entire Bello family while he prayed for the repose of the late Matriarch and for God Almighty to grant those left behind the strength to bare such irreparable loss.

Chief Abuson Yinusa Shekwo in a statement on behalf of the family says With a heavy heart, but with total submission to the will of Almighty God we announce the passing away of our beloved brother, husband, father, grandfather and Leader, Hon.(chief) Philip Tatari Shekwo, the chairman of All Progressives Congress (APC) Nasarawa state was gruesomely murder by Assailants on Saturday 21st November 2020 .

While his interment will take place on Friday 27th November, 2020 at Yelwa,Toto LGA, Nasarawa state.

Corpse departs the federal medical center keffi to Yelwa by 8:00am prompt, Burial service at pilot primary school Yhelwa by 11:00am prompt, final internment at his residence, Yelwa.

Until his death, Shekwo was a former council Administrator for Toto LG, One time Commissioner for Commerce and industry and Nasarawa State APC Chairman.

Shekwo will be remember for his commitment in peace, unity, love and togetherness of his people.

Continue to Rest in peace with the Lord .

Ali Kwara Passes On To Glory, Demise Of A Gallant Warrior

Alhaji Ali Muhammad Kwara fondly called Ali-Kwara, Baushe, had answered the inevitable call as he returned to his Maker on Friday, last week 6th November 2020 after a brief illness in Abuja.

Thousands of mourners gathered to pray over his body according to the Islamic tradition in the afternoon of Saturday, 7th November 2020 at his country hometown Azare.

“When death was eminent to Khalid Bn Walid (May Allah be pleased with him) – the renowned legendary companion of the Holy Prophet of Islam, he lamented the situation of his death in some lines of poetry along the lines of ‘I’ve been in hills and valleys fighting with men. Yet, I’m here to die on my bed like an old camel.

Khalid (May Allah be pleased with him) fought battles as a non-believer, and as a believer all through to the caliphate of Umar Bn Khattab (the second caliph).

Ali Kwara was the similitude of Khalid Bn Walid. He had exhausted his youthful age in the pursuit of criminals and terrorists.

He had paid a price for that adventure with his freedom, his health and his resources.

But he didn’t relent, even as his efforts were often undermined and unappreciated. I just have a feeling that Ali must have been concerned as was Sayyiduna Khalid.

Ali Kwara had grown up in the age-long vocation of hunting. He was trained in the trade by his father. With time, he raised an empire of his own that wasn’t just hunting down wild animals, but humans too.

Over the decades, he had been predating on armed robbers, bandits and kidnappers through much of Northern Nigeria to the borders.

He was equally a respected dealer in animal skin. He was a construction expert whose reputation in uncompromising quality was intact to his last breath.

Like Fidel Castro, Ali Kwara was a target of numerous assassination attempts. I still have bleak memories of a video cassette we watched back then in my mother’s living room. From what I could recollect, some armed robbers in the process of rehabilitation under his care plotted to assassinate him. A snitch blew the whistle to Baushe, and they were ambushed.

Long before I knew what ‘rehabilitation’ meant, Ali Kwara had rehabilitated hardened criminals, afforded them shelter, got them married and accommodated them as a father would his children.

He cared for them and transformed them back to the humans that they were.

Those of us who have had the pleasure of studying outside Azare enjoyed the honour of knowing Ali Kwara.

We are often looked upon with sincere deference for the simple fact that we are from Azare, the town of Ali Kwara, and somehow possibly know him.

Perhaps I would personally hold my shoulders higher if I had revealed that I shared the same school with his children, and same class with his nephew. That’s just on a lighter note.

Ali Kwara was but a human, a servant of Allah, who was blessed with divine gifts, and who had contributed immensely to the welfare and security of his country.

Ali Kwara never had the dominion of even his own personal peace or security. Allah Alone is the Peace-Giver.

He Alone is capable of raising another Ali Kwara or even Ali Kwara plus. Like any other mortal, Ali was bound to die. And he just did.

The Lord that looked after this community before Ali, is still there to look after it after Ali.

May Allah have mercy on his soul, forgive his shortcomings, make our end the best part of our lives and may Allah not afflict us after him with what we can’t bear. Ameen.

Benue State Governor, Samuel Ortom has described the death of Brigadier General Charles Dewua as a painful loss to the Nigerian Army, Benue State and the country at large.

The Governor in a statement issue through his Chief Press Secretary, Terver Akase, on Monday said he received the sad news with shock and devastation.

He noted that Dewua was one of the reliable Army Generals who made selfless contributions to the country especially in the area of human capital development.

Governor Ortom also ssid the late Brigadier General was a true professional who added value to the military, and stated that his services will be deeply missed at a time Nigeria is facing security challenges.

He prays God to grant the deceased eternal rest and console the Dewua family as well as the entire people of Gwer West Local Government Area.