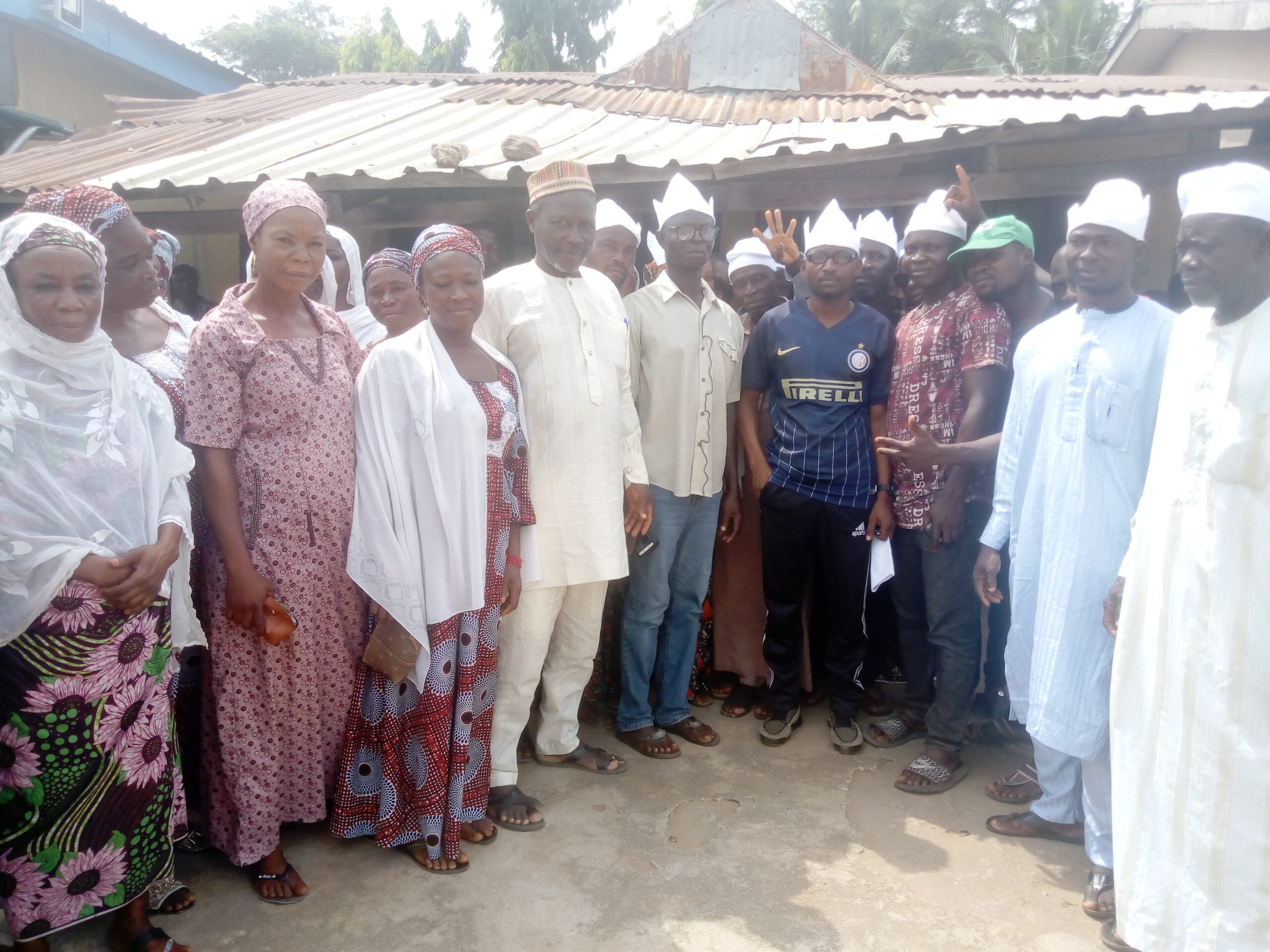 The Northern Governors Forum says it is appalled by the killing of rice farmers in Zabarmari, Borno State by Boko Haram insurgents.

In a statement, Chairman of the Forum and Governor of Plateau State Simon Bako Lalong said the entire country is deeply saddened over the killing of the innocent rice farmers who committed no crime, except to go to the farm to earn their living.

He said the tragic incident is a great setback to the efforts of Nigeria to attain domestic sufficiency in rice production as well as food security.

He said the Forum has consistently worked with the Federal Government, security agencies and local support groups to ensure that farmers are protected in order to enable them carry out farming activities.

Lalong said despite this condemnable act, the Forum will not relent in its support to security agencies to deal decisively with the terrorists and other criminals.

The Governor commiserated with the families of the deceased farmers as well as the people and government of Borno State over the unfortunate incident.

Plateau State Governor Simon Bako Lalong says he received the news of the death of Abdul-Nasser, son of Elderstatesman Alhaji Yahaya Kwande with shock and sadness.

Lalong in a statement to commiserate with the death of Abdul-Naseer said the demise of the gentleman is definitely a huge loss to the Kwande family and the entire people of Plateau State considering his hardwork and dedication.

He said “as a Farm Manager, Abdul-Nasser chose to focus on the most critical occupation that is not only crucial to food security of our State and the nation, but also to job creation and economic prosperity”.

While praying God to grant the soul of the deceased eternal rest, Lalong called on Alhaji Yahaya Kwande and the entire family to be consoled by the fact that he lived a productive life where he contributed to the development of the State and nation at large.

The blockage of the roads is being carried out by Local Government Workers and Primary School Teachers who are said to be demonstrating and demanding for the implementation of the new minimum wage for their members.

The Government of Plateau State under the leadership of His Excellency Rt. Hon. (Dr) Simon Bako Lalong, KSGG concedes to the rights of the workers to demonstrate peacefully in line with constitutional provisions in demanding for their rights.

However, due to the disruption to normalcy and negative impact on the economy of the State as well as the tendency for the protests to be hijacked by hoodlums and criminals, it has become important for Government to put the records straight and lay the facts in the court of public opinion.

This is more so when the demonstrators by their chants and pronouncement are vilifying, castigating and calling His Excellency the Governor unprintable names over a matter that is not directly within his purview, and inspite of his efforts to ensure amicable resolution.

Therefore the Governor has no direct responsibility for implementation of the new minimum wage at the Local Government level nor does he possess any fiat to “direct” such payment. Chanting solidarity songs by the affected staff to the effect that “Lalong ka bamu hakin mu” translated (Lalong give us our wages) is highly misplaced and to the say the least mischievous.
Secondly, Governor Simon Bako Lalong has consistently remained a labour-friendly Governor comparable to non in the recent history of Plateau State since assuming office in 2015. He did not only pay 8 months’ salary arrears of State workers he inherited from the administration of Governor Jonah Jang, but also paid all withheld allowances under the “No-Work-No-Pay” rule. Today, workers can testify to the fact that he has never owed workers any salary since he took over. Rather, he has ensured that they get their alerts before the 25th of every month. Little wonder, the workers themselves named him “Governor Alert”.

To now suggest that this same Governor is withholding the sweat of Local Government staff and teachers (who are being administered by a separate and autonomous tier of government) is most uncharitable and condemnable.

Let it be known that when the Plateau State Government began implementing the new minimum wage, the Governor was keen on ensuring that local government staff and teachers are also carried along hence his encouragement of the negotiation process for its implementation in that tier of government. Having noted the delay in concluding negotiations on the implementation of the new minimum wage at the local government level which affected the payment of October and November 2020 salaries, the Governor convened and chaired an emergency intervention meeting of relevant stakeholders on Thursday, 26th November 2020.

The meeting which was attended by the Speaker of the Plateau State House of Assembly and Principal Officers; Chairmen of the 17 Local Governments; and Members of the Joint Negotiating Council (Union and Government sides inclusive), resolved to set up a Technical Committee to ascertain the inflow/outflow of all the Local Governments and make appropriate recommendations that will accommodate the payment of the new minimum wage to the workers at the third tier of government.

While everyone (including Governor Lalong) was anxiously waiting for the outcome of this committee’s report, the State Government was inundated with threats of protests, disruptions, campaign of calumny, threats to lives and properties of some senior public servants and even politicization of what is purely a labour matter.

This threat was eventually implemented when some of the affected workers embarked on street protests thereby disrupting movement and putting citizens and motorists into sever hardships.
Government recognizes the hardship of the workers and genuinely wants to see that the matter is quickly resolved as enumerated above. However, it is not unaware of the politicization of the issue by those who are bent on casting aspersions on the Rescue Administration and also smearing the excellent record of Governor Lalong in attending to the well-being of all workers and citizens. The desperation has gone to ridiculous levels with some even threatening to disrupt the scheduled bye-election for the Plateau South Senatorial District on Saturday 5th December 2020.
In the light of the above, Government wishes to appeal to the aggrieved workers to reconsider their actions and allow the Technical Committee conclude its work for further action.

They should have a rethink and refrain from being used by politicians and other interests to embark of actions that are not only inimical to the State, but also injurious to their cause. Let them heed the voice of their leaders who are deeply involved in the negotiations and respect the appeal by the Chairman Joint Public Sector Negotiating Team for Plateau State Comrade James Diwa who issued a Press Statement dated 3rd December 2020 wherein he appealed for appealed for calm and suspect all protests as the Technical Committee is working to achieve its mandate.

It should be remembered that the State has been struggling with the impact of COVID-19 which has adversely affected the economic fortunes of the State and the nation as a whole. The recent ENDSARS protests and the attendant looting and destruction of public and private properties, as well as the disruption to economic activities also impact the State negatively. Only recently, the country again slipped into a recession thereby creating more uncertainty.

With all these challenges, the economy of the State is already fragile and cannot afford further denigration by the disruption of economic activities including blocking of strategic roads that constitute the economic live-wire of the State by local government staff and teachers who are assumed to be fighting for their welfare.
While the Government appeals to the protesting workers to show restraint, understanding and embrace peaceful means of ventilating their grievances, it wishes to assure law abiding citizens that it will not fold its arms and see the State being grounded by any individual or group under whatsoever guise. In as much as Government has the duty to listen and look into the plight of its workers, including local government staff (which it has continued to do), it also has the responsibility to protect other citizens who desire to engage in lawful businesses to earn their living. After all, government does not have the capacity to employ all citizens but relies on the private and informal sector to do that. Stopping people from accessing their destinations is therefore an unnecessary affront that should be avoided at all costs.