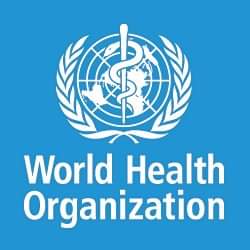 The World Health Organisation (WHO) said on Thursday, October 29, that hoodlums looted one of its offices in Nigeria and Personal Protective Equipment (PPE) were stolen from the stores.

The African Regional Director, WHO, Dr Matshidiso Moeti, made this known while responding to questions on the impact of the hijacked endsars protest, riots and looting on its facilities and on the fight against the COVID-19 pandemic in Nigeria, during a webinar on Thursday October 29.

Moeti said that mass gathering remains a breeding ground for wide spread of the pandemic.

She said, “I think it is always a major concern when you have mass gathering where people fail to take precautions , especially during riots and demonstrations, there’s certainly going to be wide spread of the pandemic.

“As I said earlier, we were concerned not just by the situation in Nigeria which is very sad but mostly about the way the riot was carried out. We are aware that in the process, the WHO office in one part of the country was raided and looted and so were some stores of the Personal Protective Equipment, a development we we say is very sad.”

On whether Nigerians should expect an increase w possible outbreak, Moeti said, “It is a concern and we wish to see the situation ease. But from all Indications, there is a need to ensure that the public health interventions are there for quick response to any eventualities.”

“This is similar to the situation in Guinea where there were mass demonstrations and violence in very unsafe situations,” the WHO official added.

The WHO regional director said Africa had witnessed a decline in the rate of infections since July which led to many countries relaxing lockdowns. She, however, said in the last couple of weeks, the rate of decrease of infections had slowed down.

Moeti added: “We have seen a kind of flattening of the curve. It is no longer going down. It has plateaued.

“We have seen this in a number of countries and it is often linked to two things ; easing of the lockdowns to aid movement.

“Not just by the situation in Nigeria, which is very sad by the way, and we know that in the process, the WHO office in one part of Nigeria was actually looted and so were some stores of PPEs. It is a very sad situation.”

The Nasarawa State Police has arrested one Cephas Iliya ‘m’ 27years of Kaduna state for killing one Martins Omeri, a Deputy chief auditor in the office of the Accountant general of federation, Abuja but residing at Navy estate Karshi, Karu LGA of Nasarawa state.

On 24/11/2020 at about 1145hrs, Police personnel attached to Karshi Division acted on credible intelligence and arrested the suspect at Arab area, FCT Abuja. A coordinated and diligent search was conducted in his apartment where the following items belonging to the deceased were recovered as exhibit: One Infinix phone, Laptop, Clothing, pair of shoe, Clipper, Beddings and few other properties.

The suspect confessed that, he sneaked into the house of the deceased at the dead of the night on 17th November, 2020 while he was asleep and killed him using a log of wood while, his dead body was discovered on 19th November, 2020.

ASP Ramhan Nansel,
Police Public Relations Officers,
Nasarawa State Police Command in a statement said the Commissioner of Police, CP Bola Longe psc (+) has directed that, the case should be transferred to State criminal and investigation department, Lafia for an exhaustive investigation after which the suspect will be arraigned in the Court of law.

According to the statement, the Commissioner of Police enjoins members of the public to thoroughly screen and get to know the family of those they intend to employ as house help before doing so.

A 2-year-old child, Nyiko was allegedly repeatedly raped and beaten to death by her teen mother’s 30-year-old boyfriend in Diepkloof, Soweto.

The 17-year-old mother and her boyfriend identified as Tebogo Ramokgopa, were arrested on Tuesday, November 24, and are expected to appear in the Protea Magistrate Court, on Wednesday, November 25.

The incident occurred on November 15 while the child succumbed to injuries and was certified dead on 19 November.

The mother, who is heavily pregnant and her boyfriend fled after the death of the child at Chris Hani Baragwanath Academic Hospital but were hunted down and arrested by police.

According to the police, on 16 November 2020, members of the Family Violence, Child Protection and Sexual Offences (FCS) specialised unit were summoned by a medical practitioner from Baragwanath Hospital, alerting police of the rape of a two-year-old child who had been assaulted and brought in the previous night for medical attention.

An urgent forensic investigation was embarked on and all relevant forensic evidence collected for processing by the SAPS Forensic Science Laboratory.

It was only on the Tuesday, 17 November 2020 that the mother of the victim came to report the incident to the police. Nevertheless, this assisted police in obtaining vital information towards building a solid case in order to secure arrests.

During the preliminary investigation, police were able to establish that on Sunday 15 November 2020, the mother of the deceased toddler had left her two-year-old daughter in the care of her boyfriend for about two hours. On her return around 20h30, she allegedly found the boyfriend not around but instead, the boyfriend’s father was home, and the child was asleep. She went to sleep not wanting to disturb the child.

According to the complainant, she woke up in the middle of the night to check on the child only to find the child with serious injuries to her face. She took the child to nearby Baragwanath Hospital for medical attention. The outcome of the medical examination found that the child had been penetrated and that is when the doctor called the police.

Sadly, the child succumbed to injuries and was certified dead on Thursday 19 November 2020; and the initial case of assault with intention to cause grievous bodily harm was subsequently changed to murder.

Investigations continue pending the outcome of the forensic analysis as police seek to build a watertight case that can stand in court and see justice served.

Police have reason to believe that the deceased child may have suffered previous abuse at the hands of her step-father and this went unreported. This is the basis of the arrest of the teenage mother who in this instance, only reported the incident to the police two days later.

The Acting Provincial Commissioner of the police in Gauteng, Major General Patricia Rampota has welcomed the arrest and urged the investigating team to ensure that all bases are covered towards attaining justice for the two-year-old child.

“The SAPS remains committed to upholding the rights of victims of gender based and domestic violence and femicide, and to prioritise the investigation of all cases where women, children and other vulnerable persons are victims.” the statement reads.

Men of the Ogun State Command of the Nigeria Police have arrested a 55-year-old man, Yesiru Salisu for being in possession of four human skulls, two dry human hands, and three jaws. The suspect, Yesiru Salisu resides at No. 7, Odenusi Street, Ijebu Igbo was apprehended on Monday 23rd of November 2020. A statement by the command spokesperson, DSP Abimbola Oyeyemi, indicated that the suspect was arrested following a report lodged at Ago Iwoye division that a man was seen with a bag suspected to contain stolen property, and when he was challenged, he dropped the bag and ran into the bush. Oyeyemi said, “upon the report, the DPO Ago Iwoye, CSP Paul Omiwole led his detectives to the scene where they opened the bag and discovered that it contains dry human parts”.

“Consequently, the bush he ran into was properly combed and the suspect was subsequently apprehended”.

On interrogation, the suspect confessed to harvesting the human parts from one Christian cemetery in Oke Eri, Ijebu Ode together with one Lekan Bakare who is now at large. Oyeyemi said, the State Commissioner of Police, Edward Awolowo Ajogun has ordered the immediate transfer of the case to the state criminal investigation and intelligence department for further investigation and prosecution.

He also directed that the fleeing accomplice should be hunted for and brought to justice.