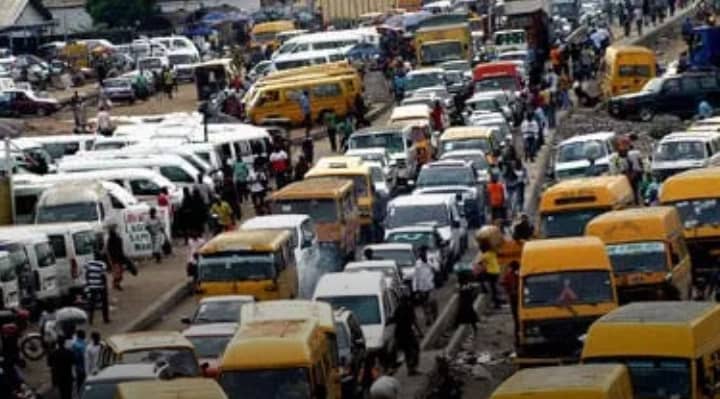 LAGOSIANS have expressed worry over the continued absence of policemen on major roads and streets in the state.

For instance, many vehicles stationed at flashpoints in different parts of the state to ensure police presence, have been removed.

Areas like Mile-Two Oke, Cele, Isolo and Toyota bus-stops had no police presence as it used to be before the attacks on policemen and police formations by hoodlums who hijacked the #EndSARS protests.

Commuters plying the Mile-2/Badagry expressway are the worst hit at the moment as traffic robbers dispossess them of cash, telephones and other valuables, daily.

In some areas, hoodlums extort Lagosians who could not beat the 8pm to 6 am curfew time because of traffic.

Investigation by Vanguard also revealed that the regular midnight patrols of areas by Police divisions have also ceased, thereby giving room to rogues to operate unhindered.

However, absence of the midnight patrols was attributed to shortage of vehicles to carry out this routine duty, as the command had over 70 of its vehicles burnt and destroyed by hoodlums during the riots.

Also absent from the roads are officials of the Federal Road Safety Corps, FRSC, and the Lagos State Traffic Management Authority, LASTMA, who complement the Police in traffic control.

As at yesterday, some officials of the Lagos State Neighborhood Safety Corps, LNSC, were seen controlling traffic at some points, including members of the National Youths Service Corps, NYSC, and community youths.

At Pako, Oke-Afa area of the state, some community youths were seen with sticks and other hard objects which were used on defiant motorists. Before their arrival Wednesday night, motorists were trapped for close to three hours at the junction, as everyone attempted to outsmart one another.

The FRSC attributed the absence of its officials on Lagos roads to lack of vehicles to carry out the function, revealing that it lost 13 operational vehicles in Lagos State alone, on October 24, with four others badly vandalized.

It, therefore, posited that no organisation would like to put the lives of its staff on the line given the situation on ground.

In addition, it was further revealed that FRSC officials were scared of being attacked by hoodlums again, since they unlike the police are not armed.

FRSC Spokesman, Asst. Corps Marshal, Bisi Kazeem, said the organisation was scaling down its operations due to the recent attacks. He explained that “what we are doing presently is rescue operations. Every staff is on standby for rescue.”

We are still working– DPOs

Nevertheless, some Divisional Police Officers, DPOs whose stations were burnt, told Vanguard that their men were still working.

One of them said: “Why won’t we work? The attack is not the end of the job, it is one of its hazards. The only thing is that some of our men wear mufti to control traffic and when you see them, you would not know they are policemen. This is because their uniform were burnt when the hoodlums invaded the station and you don’t expect them to sew these uniform in a hurry.

‘’Again, what we did was to rotate the regular faces that control traffic, so as to avoid a situation where they may be recognized and possibly attacked. But we are working because the Commissioner of Police has told us to go back to work.’’

In the face of the panic, some Lagos communities have hired the services of members of the Oduua Peoples Congress, OPC, to checkmate crimes. Vanguard reliably gathered that these OPC members assisted in the arrest of some hoodlums, who partook in the attacks on policemen and invasion of some COVID-19 warehouses, where palliatives were carted away. Some of them were apprehended with items looted from malls in Surulere and other parts of the state and handed over to the Police for prosecution.

We have returned to work – CP Odumosu

Contacted, the Lagos Police Commissioner, Hakeem Odumosu, insisted that his men had returned to work

His words:” Our men are fully on the road. We have a strategy of early morning patrol. As early as 5am, area commanders patrol their jurisdictions so that if they (hoodlums) decide to come out in the morning, we would be there before their arrival. It is a strategy that has worked for us

“Policemen in the command are not cowed. Our spirits have been lifted. The Inspector-General of Police has spoken to us and I have spoken to all my men in the command. There is no more the issue of fear. We are out. I therefore urge Lagosians to feel free to call on policemen if they have any complaint.

“Even in areas where police stations were burnt, policemen are still there because we are making makeshift offices for them. Security of such areas should not be jeopardized because some miscreants may want to hijack the situation to attack people. We are making chairs, tables and even canopies available. We will not abandon people living in areas where police formations were burnt. We must provide them with security.”

READ:  Why there’s need to have replacement for SARS, says Engineer Sule

READ:  Why there’s need to have replacement for SARS, says Engineer Sule