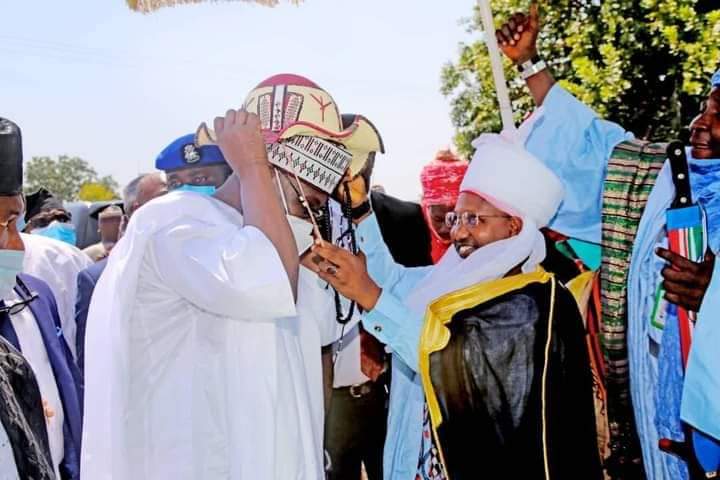 Nasarawa State Governor, Engineer Abdullahi Sule, has called on youths across the country to learn more about the administration of President Muhammadu Buhari, stressing that Buhari’s pedigree and incorruptible nature actually means well for the country.

Engineer Sule made the call while flagging off an empowerment programme, as well as commissioning of a newly constructed ultra-modern primary healthcare centre built by the Chairman of Karu Local Government Area, in Karu, on Friday.

Speaking in the aftermath of wanton destructions across the country in the wake of the ENDSARS protest, the Governor said President Buhari means well for the country, which explains why most of the Governor are trying hard to follow in the footsteps of the President.

Lamenting the level of destructions in some states, Engineer Sule noted that Governors were elected to bring about development in their various states, adding that there is no Governor that does not want the best for his state.

He therefore appealed to youths across the country for their understanding, as according to him, there won’t be any development without peace.

The Governor however advised those on the side of government to always endeavour to carry the people along by giving out timely information on the policies and thrust of the administration, for the people to understand the direction of government.

Engineer Sule used the opportunity to once again, appreciate the youths of the state, for not following in the trend of violence and destruction of both public and private properties, as witnessed in parts of the country.

According to the Governor, with youths choosing to remain peaceful and law abiding, Nasarawa State will continue to record much needed development.

Speaking on the event, Engineer Sule commended the Karu Local Government Chairman, Hon Samuel Akala, for initiating the programmes, in line with the policy thrust of the state government.

While describing Karu LGA as a fertile ground that will uplift the state, the Governor added that with Karu’s proximity to the FCT, its being a ready market and large local government for development operations, if properly utilized, will be able to take care of the entire state.

He announced a personal donation of two million Naira in support of the Chairman’s empowerment programme, particularly for widows.

Earlier, in his opening remarks, Karu LGA Chairman, Hon. Samuel Akala, said the event was initiated out of the determination to complement both the efforts of the state and federal governments, aimed at empowering the people, as well as providing them with necessary facilities for their wellbeing.

The event witnessed the distribution of a vehicle, 15 motorcycles, 15 grinding machines to women, as well as unspecified sum of money to widows. 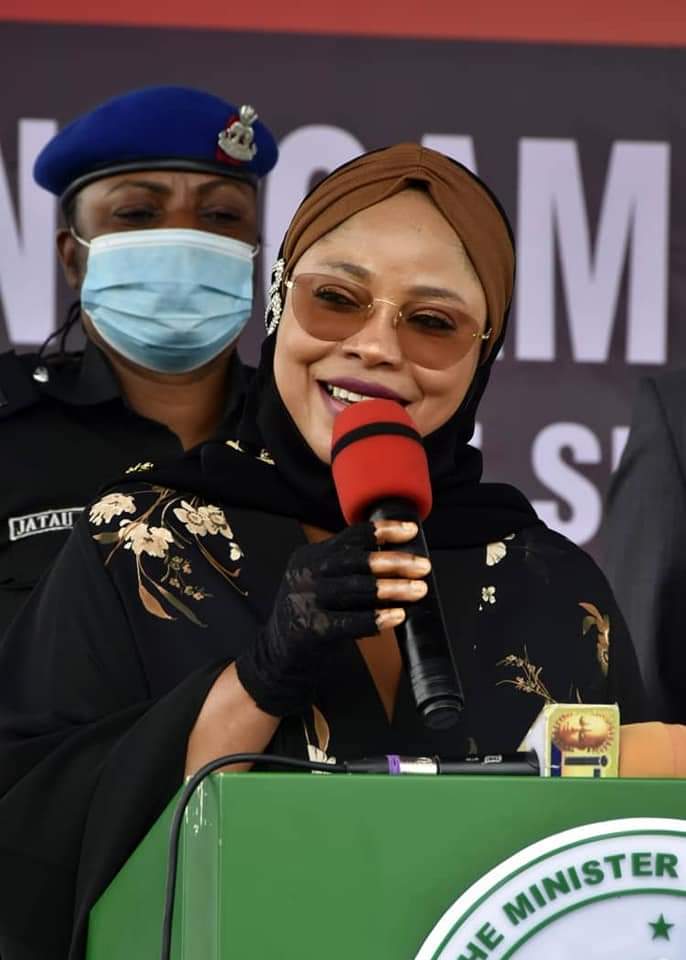 Minister of state for FCT, Hajiya Ramatu Tijjani Aliyu, during the APC stakeholders meeting in Abuja on Wednesday

The minister of state for FCT, Hajiya Ramatu Tijjani Aliyu, has expressed concern over court litigation by some chairmanship aspirants over the Apirl, 23, 2021 chairmanship primary elections.

Aliyu, who was speaking at the FCT APC stakeholders meeting in Abuja on Wednesday, said despite she had met with the aggrieved aspirants to shed their swords and support the chairmansship candidates, some of them still went ahead to file litigation to challenge paramount decision of the national secretariat of the APC.

Senator Usman Jibrin Wowo, exchange pleasantries with Chairman of APC in the FCT, Alhaji Abdulmalik Usman, during the party’s stakeholders meeting in Abuja on Wednesday

According to her, She respect the right of every individual to seek redress wherever such person felt aggrieved, but she also respect the decision of APC because the party is supreme.

“In fact, I went as far as offering appointments to the aggrieved chairmanship aspirants, yet they will went ahead to file a litigation before the court to challenge national secretariat of the APC,” she said.

The minister of state for FCT, Hajiya Ramatu Tijjani Aliyu

The minister, thefore, appealed to the party’s stakeholders to beg all aggrived aspirants on the need to withdraw their suits before the court for the success of APC.

Also speaking, the chairman of APC in the FCT, Alhaji Abdulmalik Usman, said no individual can be hundred percent in terms of politics, saying the decision taken in the last primaries was based on the outcome of the committee put in place by the national secretariat of the party.

He, therefore, appreciated the party stakeholders for coming together to sit and chat a way forward that will ensure the unity of the party across the FCT.

Global Times Nigeria learnt that the chairmanship candidates for AMAC and Abaji area councils, Alhaji Suleiman Hassan Gwagwa and Alhaji Mohammed Angulu Loko, has filed suits before a high court to challenge the national secretariat of APC over their unlawful substitution after they emerged winners of the April, 23 2021 chairmanship primaries.

The minister of state for FCT, Hajiya Ramatu Tijjani Aliyu

NSSIP: Lafia Populace Gets 4th Payment Of 5000 Monthly Stipends, To Cater For Poorest Of The Poor. 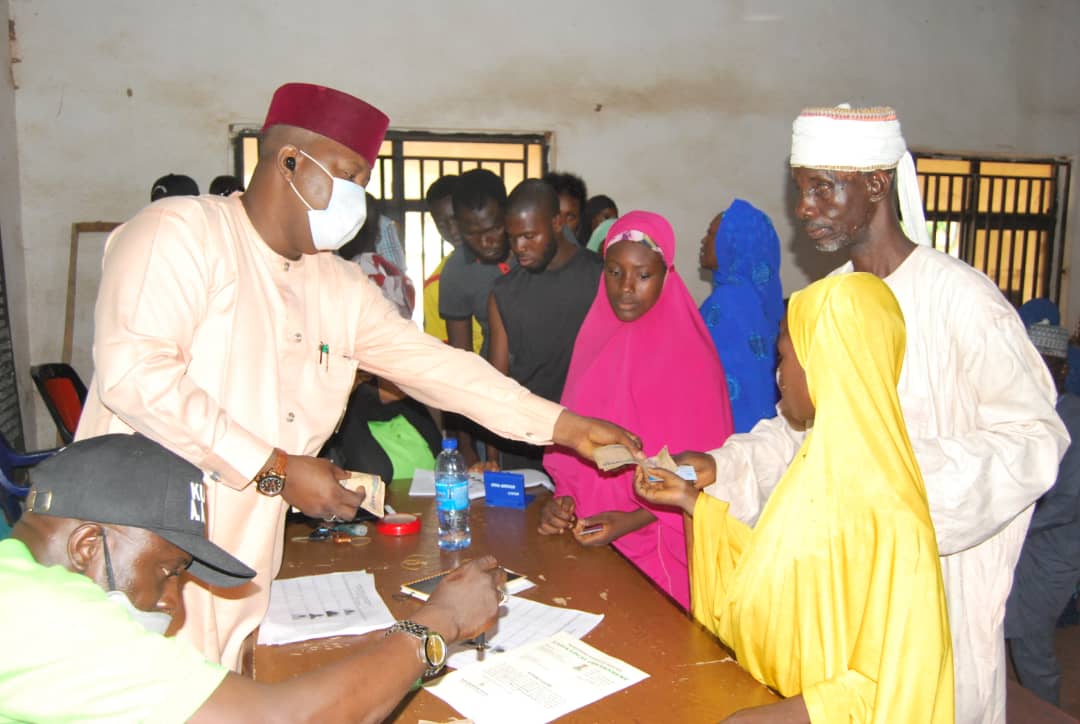 The Nasarawa State Social Investment Programme (NSSIP) and Conditional Cash Transfer (CCT) office under the leadership of Hon Imran Usman Jibrin, the Senior Special Assistant to the Governor of Nasarawa State and Focal Person has been commended for his tireless efforts towards ensuring the program is sustained.

The programme which aimed at values addition, enhancement of economic viability of the poorest of the poor with total commitment was a cardinal objectives of Nasarawa State Governor Abdullahi A Sule.

He said the scheme was part of ongoing efforts made by Governor Abdullahi A Sule at improving the living conditions of the poor and the vulnerable people in the state.

The programme held on Tuesday, 3rd August, 2021 with commencement of Fourth payment cycle of the 5000 naira monthly stipend also known as “Kudin A A Sule”.

The fund was disbursed to beneficiaries of the State registered Conditional Cash Transfer Programme (NASCCTP) in Lafia local government area of the State.

Reacting to the peaceful, transparent and sincere conduct of the organization during the disbursement, Hon Imran Usman Jibrin said the state government put so much commitment in ensuring the success of the exercise which is targeted at assisting the most vulnerable in the society.

He equally advised all the beneficiaries to make judiciously use of the stipend to improve their lives.

The beneficiaries while expressing their open appreciation to the State government under the leadership of His Excellency, Abdullahi A. Sule and office of the Social Investment Program for gesture.

They prayed God to grant Governor Abdullahi A Sule sound health, more wisdom and understanding for improving their leaving standard and assured of their support, solidarity and loyalty.

Recalled the NASCCTP is a programme initiated by the Nasarawa government under the stewardship of Governor Abdullahi A. Sule with aimed at minimize poverty through regular payment of N5,000 to registered poor of the poorest and vulnerable beneficiary.

Global Times Nigeria investigation revealed that beneficiaries of monthly stipend in the Nasarawa State Conditional Cash Transfer Programme was reportedly used cash to start up and personal businesses of their choices.

As part of measures to support the actualization of President Muhammadu Buhari’s pledge that Nigeria will within a 10 year period plant 25 million trees to mitigate the effects of climate change and enhance the country’s carbon sink, the FCT Administration has announced the institution of an annual award to select the best environmentally friendly area council in the territory.

FCT Minister of State, Dr. Ramatu Tijjani Aliyu, made this known on the occasion of the 2021 tree planting campaign and flag off of the distribution of tree seedlings to area councils, communities and schools in the FCT held in Kuje Junior Secondary School, Abuja.

The minister also added that the administration has sustained the tree planting campaign with the planting of over 12,000 trees across the six area councils annually as part of efforts by the FCT Administration to reclaim lost trees and forests as well as keep the existing forest landscapes intact, stressing that this campaign also helps in raising the level of public awareness on the importance of engaging individual and collective actions to boost tree planting activities in the nation’s capital.

Aliyu, who described the theme: “Forest Restoration: A Path to Recovery and Well-being” as apt, however, stressed that the theme sets an agenda for countries to demonstrate practical commitments to the safety of the environment by engaging in actions that would address issues of land degradation, desertification and effective management of the ecosystem towards the restoration of forest resources and mitigating the effect of climate change.

While calling on developers to make adequate provisions to accommodate trees, she used the occasion to remind residents that it is against the law to cut down trees without recourse to the relevant extant environmental laws or to agencies of the FCT Administration.

The minister said: “you will recall that in 2019, President Muhammadu Buhari, at the Climate Action Summit organized by the United Nations, pledged that Nigeria will within a 10 years period plant 25 million trees to mitigate the effects of climate change and enhance the country’s carbon sink.

” To support the actualization of this pledge, I would like to announce the institution of an annual award to select the best environmentally friendly area council in the FCT. The seedlings that will be distributed today on this occasion is symbolic. It is expected that the area councils will play their part by organising tree planting exercises in their various domains towards meeting this target”.

FCTA Disburse Over 2 Billion Naira To Stakeholders, Area Councils For May

The minister revealed that as part of steps to protect the forests, the administration has begun the process of training and empowering the FCT Forest Guards to enable them effectively carry out surveillance activities to prevent further damage to the environment in the territory.

Earlier in his remarks, the Ag. Secretary Agriculture and Rural Development Secretariat, Mr. Ibe Prospect, noted that the global community is facing growing challenges of climate change, while adding that harmful agricultural practices and developmental activities are known to have largely contributed to the destruction of billions of trees around the globe.

Ibe said that the Agriculture and Rural Development Secretariat has intensified public enlightenment campaign in all the area councils, ensuring that relevant stakeholders such as the area council authorities, traditional institutions, estate developers and students are carried along to engage in practical activities towards tree planting and forest restoration.

The highpoint of the event was the distribution of tree seedlings to stakeholders and planting of trees by the FCT Minister of State, area council chairmen, traditional rulers, and notable actors in the entertainment industry.