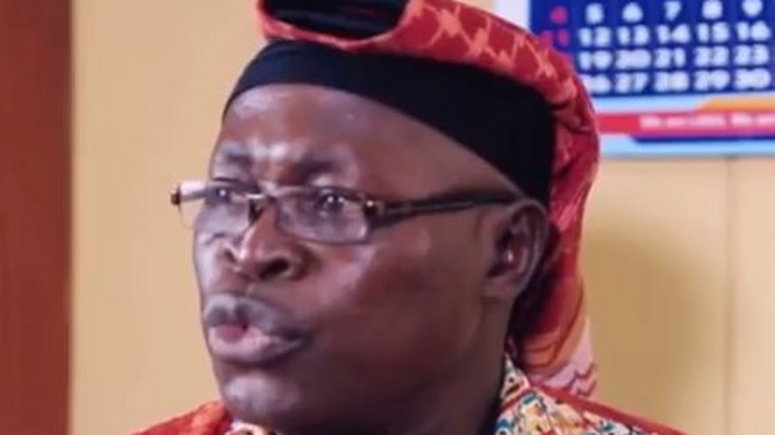 The Muslim Rights Concern has raised the alarm over the alleged burning of mosques in the South East following the #EndSARS protest.

The Islamic human rights body, which raised the alarm in a statement on Monday, said the mosques were burnt on October 31, 2020, with threat to invade the Islamic School, Afikpo, Ebonyi State.

The statement said the mosques were burnt in Enugu, Enugu State amid reports that 11 Muslims were killed during the #EndSARS protests in Port Harcourt, Rivers State and Orlu in Imo State, while the Orlu Central Mosque was completely destroyed about two weeks ago.

The statement equally said markets belonging to Muslims in the region were also attacked and properties worth millions of naira destroyed, including whole trailers with goods.

MURIC, in the statement by its Director, Prof. Ishaq Akintola, called for a halt to the burning of mosques in the South East and South South.

The organization also appealed to the Inspector General of Police, Mohammed Adamu, to protect Muslims as well as their corporate and individual properties in the region.

Akintola said: “Christians in Igboland are not yet satisfied with the cold-blooded killing of 11 (eleven) Muslims during #EndSARS protests. They are thirsty for more blood. They attacked two mosques in Nsukka on Saturday, 31st October, 2020. These were the mosque at Old Barracks junction and the Central Mosque on Eden Road, Nsukka.

“The fracas reportedly started after a Muslim lady got into an argument with a keke Napep driver over transport fare. It is becoming glaring that there is a conspiracy to wipe out Muslims in Igboland and any little excuse is seized upon to descend on Muslims living in their midst.

“Even as we go to press, the only Islamic school in the whole Eastern Nigeria which is in Afikpo, Ebonyi State, is under palpable and severe threat. The school management has received about three threat messages in the past one week alone. Attack on the school is imminent and the state government has not uttered a word.

This school is a boarding institution with about 250 students in its hostels. Those students came from all over Nigeria. What does the governor of Ebonyi think will happen if 250 Muslim students are slaughtered under his watch?

“MURIC appeals to the Inspector General of Police to protect Muslims and their corporate and individual properties in Igboland. In the same manner, we remind the governors of Eastern and South-South states that the buck stops on their tables. As the chief security officers in their respective states, they have the responsibility to protect all citizens under them. We are compiling reports of attacks on Muslims and their properties in the region.

“We demand adequate compensation for victims of Igbo religious fanaticism. Families of deceased Muslims must receive commensurate compensation. The governor of Enugu State owes it a duty to rebuild the two mosques which were burnt in Nsukka on Saturday. Only thus can he assure Nigerians that he did not give tacit approval to attacks on his Muslim subjects.

“MURIC calls the attention of Nigerians and the international community to the current trend of constant and unprovoked attacks on Muslims, the killing of innocent Muslims, the burning of their mosques and the destruction of their individual properties in Igboland and South-South Nigeria. It should be noted now that Christians are the first to unleash violence on Nigerian Muslims and the latter are not even retaliating.

“We note with disgust the hypocritical silence of the unholy alliance of the Middle Belt, the Northern Christian Elders Forum, Afenifere, Ohaneze and the Christian Association of Nigeria (CAN). All hell would have been let loose had it been Christians who were being killed. But none of them feels concerned now because Muslims are at the receiving end. None of them issued any statement condemning the unprovoked killing of Muslims and none of them called the killers to order. Rather, they are encouraging their youths to shed more Muslim blood.

“We charge the West, particularly the United States, to re-examine the situation in Nigeria within the real context of true events. Stories of Christians being killed are, more often than not, marketing gimmicks intended only to attract millions of dollars in charity donations to Christian missionaries after the ‘playing the victim’ soap opera. Nobody expected America to swallow it hook, line and sinker but that is exactly what America has done.

“MURIC salutes Nigerian Muslims for their resilience. We advise against reprisal killings or the burning of churches anywhere in the country. Muslims are better when they practice the true teachings of Islam. The Glorious Qur’an says, ‘Goodness and evil are not equal. Therefore pay evil with goodness and see how enemies become close friends (Qur’an 41:34).’”

Muslim ummah has been advised to put into consideration the Qur’anic recitation as Sunnah of the Holy Prophet Muhammad (SAW).

The cleric urge parents to enroll their children into the Islamic education added that the importance of the Holy Qur’an will earned them good rewards in future.

On his part, The chairman Local Organising Committee (LOC), Alhaji Usman B. Ahmed appreciated all invited guests and dignitaries who grace the important event.

He however, warned the participants to be mindful of their utterances and abide by rules of the recitation in order to avoid unnecessary blame on the judges for their inability to make it final stage.

Also speaking at the occasion, the chairman, Jama’atul Nasrul Islam (JNI), Alhaji Saidu Dikko, expressed satisfaction with the level of peaceful coexistence exhibited by the scholars and teachers especially towards inculcating moral value into the participants during their coaching time.

According to Hon. Dikko, the competition is taken place at the regional headquarters of the local government area, which he name Toto, Umaisha and Gadabuke respectively.

The event had in attendance students, teachers and scholars within and outside the LGA.

An Islamic group in Okene local government area of Kogi state, ‘Righteous On-Lookers Association’ has raised alarm over threat to peace following the lingering crises rocking the area on the appointment of Chief Imam.

Worried by the ugly situation, the group has appealed to the National Security Adviser, (NSA), Major General Babagana Monguno (rtd), to prevail on Kogi State Government to put in place procedure for the appointment of a substantive Chief Imam of Okene Central Mosque.

The appeal was contained in a letter addressed to the office of the national security adviser titled “Security alarm -The pending leadership crises over Imamship of Okene central juma’at mosque” signed by the patron of the association , Ahmed Adoke copies which were made available to newsmen in Okene on Sunday.

Adoke lamented that the yet to be resolved Imamship crises has pitched two Islamic group; the Tijaniya and Ansarul Islamic Society of Nigeria in the area against each other as a result of disagreement on the mode of ascension to the position of Chief Imam of the central Juma’at mosque in Okene.

According to him “Our concern is that instead of addressing the mode of ascension that has generated palpable tension, Kogi State Government waded in and appointed one of the contenders as acting chief Imam for an indefinite period.

“Thus giving the appointee an undue advantage over other contenders, a situation that seems to have generated more tension in the area.”

He pointed out that part of the consequences of Kogi State government’s action was the recent violent clash between supporters of the two Islamic groups putting the area in an unnecessary apprehension.

While calling on the State Governor, Alhaji Yahaya Bello, to as a matter of urgency do the needful to avoid further crises that can snowball into massive killings and destructions of property, Adoke cautioned that religious crises can be more disastrous than political crises if urgent steps are not taken.

“As much as we appreciated and commended the quick intervention of the state governor , His Excellency Governor Yahaya Bello immediately after the demise of Late Chief Imam Alhaji Musa Galadima, we still appeal to your honourable office and other Islamic Authority to act promptly in order to avert further crises against the existing peace we are enjoying in Kogi State.

“This association is of the candid view that the leadership (Imam) crises has gotten to a level that calls for attention of your respected office, especially when considered the fact of the strategic location of Okene town as a gateway between north and southern parts of the country” he said.

While appealing to the two warring Islamic sects to exercise utmost restraint in the interest of peace and the comfort of Islam that both parties propagate, Adoke drew the attention of those fuelling the crises directly or indirectly to bear in mind that the consequences of any crises can not be underestimated, noting that “no one can predict the end result”

Pastor Gifts Woman Cash After Delivering Her Of Throat Cancer

The woman who gave birth shortly after the death of her husband was severely suffering from throat cancer, feeding from hand to mouth until her encounter with the man of God that put final rest to her disturbing predicament.

Gideon offered a cash gift of Fifty Thousand Naira (50,000) to help establish small business, also promised the sum of fifteen thousand Naira (15,000) on monthly basis as part of his contributions to the well-being of disadvantaged people.

The woman who was overwhelmed with joy and euphoria while receiving the cash gift, noted that she never expected such magnanimity from a man of God, as such is rear in the present days, she further explained how she has continually visited many places in the search of solution to the difficult often experience in her throat.

” I don’t know where to begin from, I haven’t encoutered such show of love before, until this time, may Almighty God bless the prophet and appreciate him abundantly for coming to the aid of my kind” she said