In its determination to contributes it quota to the society in line with cardinal principles of the council, The entire leadership of the National Youth Council of Nigeria (NYCN), ably led by it State Chairman, Comr. Idris Ojoko, on Tuesday, distributed Gas cylinders to women across the state with aimed of redeeming suffering as result of Covid-19 lockdown.

The sole beneficiaries were female youths and drawn from the 13 LGAs of the state.

It would be recalled that the Gas Cylinders was donated by the Nasarawa State government through the Commissioner for Women and Social Development, Hon Halima Ahmadu Jabiru.

The Council thanked the Nasarawa State government for this singular honor and pledged its continuous unalloyed loyalty and support to the government of Gov Abdullahi Sule.

The beneficiaries of the gestures thanked the youth council for identify with them and assured of their maximum supports, loyalty and that of the government in order to get more dividends democracy.

The youth council Chairman was accompanied by members of the State executive council.

Federal Capital Territory Minister of State, Dr. Ramatu Tijjani Aliyu, has stated that youth inclusiveness in governance is a panacea to a better and greater Nigeria.

The minister in a statement on Wednesday, by Austine Elemue,
Special Adviser on Media stated that she made the disclosure at the FCT Youth Virtual Town Hall meeting, were she opined that the FCT Administration has designed various developmental modules for the youths and that would be unveiled in a matter of weeks.

Specifically, the minister argued that the youths should be included in large numbers especially as stakeholders where they would be assigned roles to play from the planning of any policy to its implementation, just as she tasked the youths on constructive engagements.

Aliyu also stated that the successes achieved by the FCT Administration during the palliative distribution was as a result of youth engagements, stressing that the FCT youths stood tall and entered all the nooks and cranny of the territory to distribute the palliative items equitably.

She, therefore, affirmed that any society that turns its ear or eliminates the youths from participation was destined to starve to death, adding that the economy of such society would definitely bleed to death.

In her words; “As your co-youth development personality, I have taken giant stride of ensuring that we enter into a partnership with some training bodies in the country to ensure that we engage FCT youths on sustainable entrepreneurship.

“Youth inclusiveness in governance is a panacea to a better and greater Nigeria. Youth should be included in large number in governance, but not necessarily as a political office holders, but as constant stakeholders where they would have a role to play, from the planning of the policy to its implementation. When youths are practically engaged in the processes of decision making, I know their interest will be captured from the beginning”.

While appealing to youths to be their brothers keeper, the minister noted that the Town Hall meeting was designed to achieve inclusiveness in governance among youths in the territory and beyond, adding that the forum would also give government the opportunity to build a strong cohesive environment for better learning, fruitful engagements, and a befitting society.

Participants at the Town Hall meeting commended the FCT Minister of State for providing the platform to ventilate ideas with a view to providing good governance to residents of the territory.

Issues raised by speakers include scaling up entrepreneurship among youths in the territory, environmental sanitation in rural communities, job creation, security, good road network in the area councils among others. 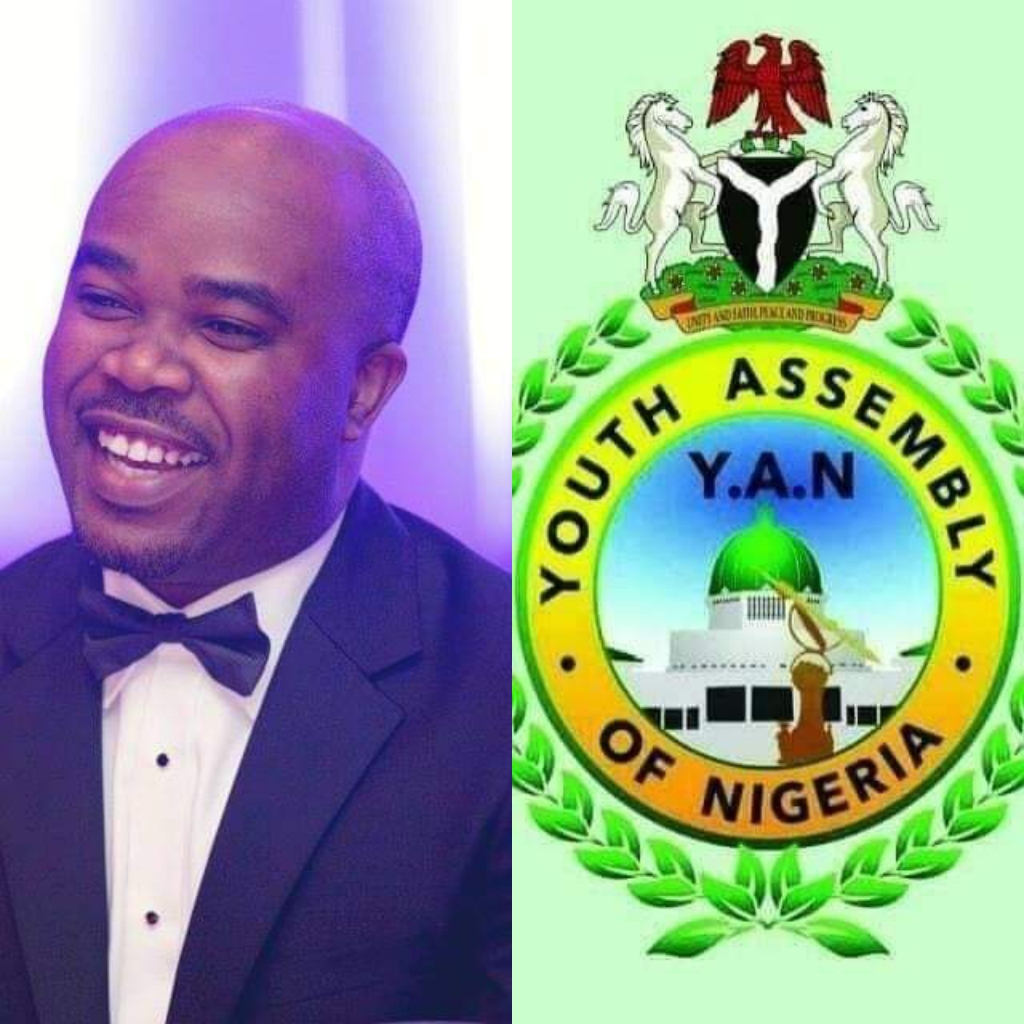 Ughwujabo as Ambassador to UK and Director of Trade, Investment and Foreign Affairs of the Youth Assembly of Nigeria Diaspora-Directorate.

In a statement signed and issue by H.E Helen Mukoro Idisi Head of Mission (Ambassador) and Director General says “I’m pleased to convey the approval of your appointment as Ambassador to UK and Director of Trade, Investment and Foreign Affairs of the Youth Assembly of Nigeria Diaspora-Directorate, under the leadership of the Head of Mission (Ambassador) and Director General (YAN Diaspora-Directorate). Her Excellency, Helen Mukoro Idisi, with effect from 26th October, 2020.”

The statement read in part: “your appointment is based on consideration of your unmatched experience as first British of African Descent to hold the position of former Special Adviser on Social Justice, Young People, and Opportunity to Prime Minister Theresa May. Your ground-breaking international reputation as guest speaker at the European Union, the US Congress, the Congressional Black Caucus US and at Obama’s MBK Rising event in the US. A professional expert who has worked with national and international stakeholders and leaders, including former US President Barack Obama and the Obama Foundation. Listed in 2019 as one of the 100 Most Influential People of African and African Caribbean Heritage in the UK, and for your expertise in leadership, community development, strategic planning, urban regeneration, gender, ethnicity, civil society and social justice.

In line with the Assembly’s mission and objectives of contributing positively to youth development, you will be required to work with the Head of Mission Diaspora-Directorate to design programs and policy geared towards nation building in Nigeria and in the diaspora. Disclosure and Barring Service Checks are required for all officials who come into contact with vulnerable adults/confidential documents.

The appointment is at the pleasure of the Head of Mission (Ambassador) and Director General Diaspora-Directorate and therefore, maybe terminated at her discretion.

“Fear Of Allah, Peace, Hard-Work, Sincerity And Contentment Are Secrets Of My Success” (Video),. – Maikaya Speaks

A Lagos based businessman, philanthropic and grassroot politician with Midas Touch, Alhaji Musa Muhammed Maikaya, has said that the Maikaya Development Foundation was out to add value to the society irrespective of religion, tribes and social consideration.

Alhaji Maikaya stated this when he granted an interview to Egbira TV Crew in Toto Local Government Area of Nasarawa State, he explained that his foundation have trained and empowered about five hundreds youths, women and elderly people who are into trading with aimed of starting up something on their own.

Maikaya who had his education as follow, attended Toto West Primary School, Secondary School in Riyom Jos and University of Jos for his Bsc in Mining And Geology.

“While in Porthacourt I did my PGD in Petroleum and Geology at the University Of Porthacourt, Rivers State”.

He has also attended over 60 professional courses and training within Nigeria and outside the country.

Maikaya a native of Toto served his one year compulsory NYSC in Rivers State.

He is a recipient of International Doctorate Degree and honour from some country such as USA and others.

He is presently a traditional title holder of #Ciroma_Toto_Kingdom, a tittle conferred on him by custodian of his kingdom in view of his immense contributions to his host community and beyond.

In 2019 Maikaya indicated interest to contest gubernatorial election in Nasarawa State where he toured round the entire 13 LGAs, 16 Development Areas and 3 Senatorial districts of the State and unfortunately lost to incumbent Governor, Engineer Abdullahi A Sule.

According to him, Fear Of Allah, Hard-Work, Sincerity, Contentment were part of success he recorded today.

Shortly after the race, he return back to grassroot to continue with his philanthropic engagement using his foundation (Maikaya Development Foundation/Maikaya Farm LTD) to empowerment and cater for vulnerable set in the society.

His foundation has recently donated a block of classroom, laboratory equipments and desks to some schools in Toto L.

He has empower hundreds of women, youths and elders where some amount of money was paid as grant to start-up small business of their choices.

Maikaya is experience, competent, sincere, friendly, humble and have farther many orphans through his humanitarian gestures.

He is a personality to watch in Nasarawa State.

Meet the founder of Maikaya Foundation and Chiroma Toto Alh. Muhammed Musa Maikaya. An asset to the next generation. Enjoy our chat with him.