Executive Assistant to the governor on Communications, Fred Latimore Oghenesivbe Esq, in a statement on Tuesday said the 3-Day workshop will hold from December 8 -10, 2020 at Orchid Hotel, DBS Road, Asaba.

The 2019 edition was a huge success, organised by the Office of the Executive Assistant (Communications) to the Governor of Delta State, in conjunction with the office of the Secretary to the State Government.

“I am happy to announce to our media partners and media Aides in this administration that His Excellency the Governor has approved the training and human capacity development of 150 persons in this year’s EACGOVDELTA Strategic Communication Workshop.

“The workshop is sponsored by Delta State Government at no cost to participants. However, participants are to bear the cost of accommodation, logistics and extra living expenses. Tea Breaks and Lunch will be provided free of charge.

More details shall be released in the coming days,” the statement added. 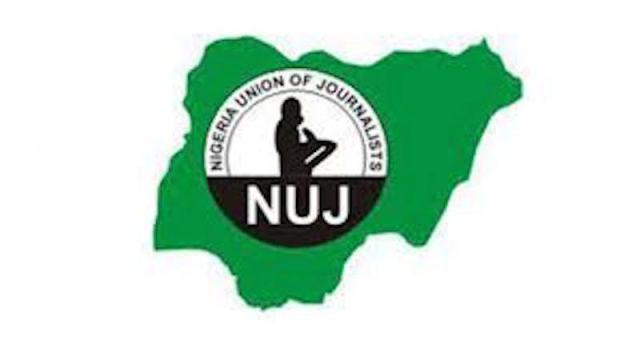 The Nigerian Union of Journalists (NUJ), Delta State Council, has threatened to arrest and prosecute quacks that parade themselves as professional journalists in the state.

In a statement signed by the Chairman and Secretary,
Comrade Michael Ikeogwu and Comrade Patrick Ochei respectively, the Union said that “the Council is making frantic efforts to weed off quacks from the Union.”

Announcing the sale of forms to study in the International Institute of Journalism (IIJ) in the state, the Union said this opportunity is a good method of getting individuals already practicing as journalists to be professionally qualified.

According to the statement, those wishing to professionalise as journalists are to pick up their forms at the NUJ Temporary Press Centre at No: 1, Oghara Street, DDPA Estate, Asaba and at the Correspondents’ Warri Chapel Secretariat, Warri, Delta State.

READ:  EndSARS: My Son Was Harassed By Security Operative Due To Stature – Osun Information Commissioner

The statement added that “purchase of form is a prerequisite for admission into the Institute for 2020/2021 academic session.”

“This is an ample opportunity for those in practice but not professionalized yet, and those wishing to become journalists to grab the opportunity to upgrade themselves.

“Let it be noted that the Union will soon embark on arrest and prosecution of unqualified individuals who are parading themselves as journalists, thereby painting the profession in bad light before unsuspecting public.”

The IIJ is an internationally recognised journalism programme, and it is affiliated to the University of Maiduguri in Nigeria.

Nasarawa State Governor, Engineer Abdullahi Sule, has restated the commitment of his administration to support individuals coming into Nasarawa to further develop the state.

Engineer Sule made the commitment during the foundation laying ceremony for the Brekete Family Smart City project, in Gurku, Karu Local Government Area, on Wednesday.

The Governor, while commending the Brekete Family for initiating the project, aimed at providing housing for low and middle income earners, said his administration will continue to support the initiative, which is in line with the policy thrust of his administration.

Engineer Sule however appealed to the owners of the project, to ensure that only ordinary people, who have no hope of owning their houses, are allowed to benefit from the project.

The Governor used the opportunity to assure Nigerians that in spite of the security challenges witnessed in the state recently, particularly the murder of the APC State Chairman, the late Chief Philip Tatari Shekwo, Nasarawa State still remains peaceful and conducive for doing business.

He equally thanked the Federal Government for all the support given to the state, particularly the road leading to the site of the Brekete Family Smart City.

Engineer Sule identified Karu, Kabusu and Gurku, as areas already marked out for development, being gateways to the Federal Capital Territory, with especially Gurku suitable for massive housing scheme, in order to provide accommodation for employees working in Abuja.

Commenting on the popular radio station, the Brekete Family, ran by the Ordinary President, Ahmad Isah, the Governor gave his word that he is willing to answer questions seeking clarifications regarding the activities of his administration.

Earlier, Consultant for the Smart City project, Dr. Iyke Ezeugo, said Brekete Family Smart City project will be carried out on about six hundred hectares of land and 70 units of houses, comprising 2 and 3 bedrooms semi-detached bungalows, as part of the first phase of the project.

Ezeugo explained that the concept was first initiated as Sites and Services, where the firm will provide land, as well as services that will make the land habitable.

He explained that with the new partnership with the Federal Mortgage Bank, through the cooperative housing development scheme, subscribers are required to pay only 10 percent of the total cost of the completed building, with the 3-bedroom pegged at N9.2m, while the 2-bedroom costs N2.5m.

On his part, Managing Director of the Federal Mortgage Bank, Ahmed Musa Dangiwa, said the approval of the loan to the Brekete Family housing cooperative platform, Watershed Credit and Thrift Cooperative Society Limited, as well as the foundation laying ceremony, are indications of the bank’s desire to continue to empower ordinary Nigerians in the area of house ownership.

Dangiwa then commended the Nasarawa State Government, for supporting the Brekete Family on the project, as well as the tremendous support the FMB has continued to receive.

The FMB MD recalled that only recently, 100 housing units were delivered, under the FMB/NLC/TUC/NECA collaborative project at Kwandere, with the bank presently financing the construction of an estate for the Dalhatu Araf Specialist Hospital Multipurpose Cooperative in Lafia, the state capital.

EndSARS: My Son Was Harassed By Security Operative Due To Stature – Osun Information Commissioner

Osun Commissioner for Information and Civic Orientation, Mrs Funke Egbemode has said one of her graduate child has once harassed by the security operative due to the stature of the child.

Egbemode stated that police directed her kid to open the mail on his phone and laptop before he was later freed, saying youths have the right to protest against police brutality and harassment from security personnel.

The commissioner disclosed this on Tuesday while featuring on Yoruba radio program LAGBO OSELU at Uniq FM, Ilesa, Osun State.

According to her, Nigerian youths who protested in the name of EndSars have justification for their protest because they don’t benefit what we enjoyed during our youthful days.

She said the Federal Government has took a drastic measure in disbandment of the unit of Nigeria police ,Anti-robbery Squad ,SARS to re-train their officers.

“The protest against police brutality was targeted to correct bad behavior of some police personnel not that the entire police structure is bad.

“Many people in one way or the other have been affected with brutality and harassment. There was a day police stop my kid unknown to them the car belong to me they check his phone and laptop before he was later freed” she said.