The immediate past Governor of Nasarawa State and Senator representing Nasarawa South Senatorial District, Umaru Tanko Almakura has clocked 67years on his sojourn on this earth.

Speaker of the Nasarawa State House of Assembly, Rt. Hon. Ibrahim Balarabe Abdullahi took time to underscore the Senator’s contributions to the development of the state and the country at large.

A press statement signed and issue by Chief Press Secretary, Jibrin Gwamna quotes the Speaker Balarabe Abdullahi, ascribed the Senator’s well-known slogan of ‘Architect of Modern Nasarawa State’ as enough evidence of his major contributions to the state.

The Nasarawa State Number Three Citizen said the name Almakura is still very fresh in our memories and that his concrete contributions will forever remain indelible in the golden thumb of Nasarawa state history.

READ:  No One Arrested Me, My Cars Are Intact Not Seize As Peddle -- Bobrisky Claimed

“There can never be enough time for whoever, no matter how closely in tune in the affairs of Distinguished Senator Tanko Almakura, to explain this unique character of a man, who is an enigma and whose achievements in the development of our dear state are yet unsurpassable”

“There is no doubt that the passion he has brought to bear in the service of the people of Nasarawa State is not only mind-buggling but almost an obsession.”

“To be honest with you, Almakura is a role model per excellence.
His multiferious achievements between 2011 to 2015 are legendary and were really what spurred me into contest for the state House of Assembly election in 2015”

READ:  Kogi Base Blogger Yahaya Idris Felicitates With CPS To The Governor Of Kogi State, Muhammed Onogwu, On Birthday Anniversary

“I was really impressed by his commitment, so I wanted to be part of his success story,” the speaker said.

Balarabe Abdullahi asserted that the current ruling APC in the country owed a lot to Almakura, as the APC, no doubt, is an offshoot that resulted in the sacrifices made by Senator Almakura and Nasarawa State.

Ibrahim Balarabe Abdullahi emphasized that Almakura was the main ace that gave space, surface and substance to the present APC to nurture itself from CPC to its present status in the country.

According to the speaker, Tanko Almakura emerged on the nation’s political fermament at a time when the country was on the threshold of rediscovering itself.

He maintained that history will judge Almakura rightly for that courageous part of a wonderful and patriotic roles he played in arresting the nation from imminent drift, in reenacting a fresh agitation for our collective political re engineering and the efforts he marshalled in stabilising our nascent democratic experience at then.

Speaker Balarabe Abdullahi felicitates with Senator Almakura at 67, wishing him more of good health, wisdom, protection as well as more rewarding years in service to humanity. 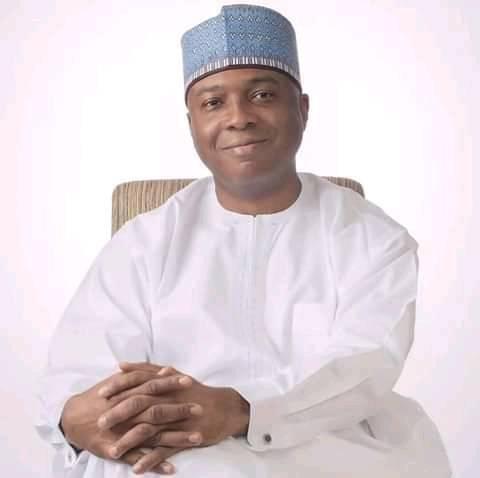 Sen. Dino Melaye has described Sen. Saraki as giant bigger than myths and a life being owned by Nigerians.

Dino Melaye in a statement he released on Saturday via his verified facebook page said Dr. Saraki is a man of intellectual strength and moral courage.

“Our adversaries tried to break his soul, they wanted to exterminate any mind they can’t manipulate”.

“But, Saraki emerged in the brutal embrace of tyranny, seared by the savage atmosphere of crude oppression. He was unjustly bullied, yet he robed himself with the authority of morality”.

The statement further stated, “As the most impenetrable darkness is dissipated by a single ray of light, so the army of evil men that assembled against him have been shamed”.

As a result of his epic principle and compatriotism, Saraki is celebrated today as a pre-eminent champion of a peaceful democratic pluralism.

“We have reasons to honor him, because through his impeccable character, his cavalier resolve in pursuing what unites, his sterling leadership acumen and his unshakeable commitment to democratic precepts, he singularly set an exemplary standard for integrity and human development, which will continue to inspire generations around the world”.

Senator Saraki was a two term Governor of Kwara State and a Chieftain of the PDP. 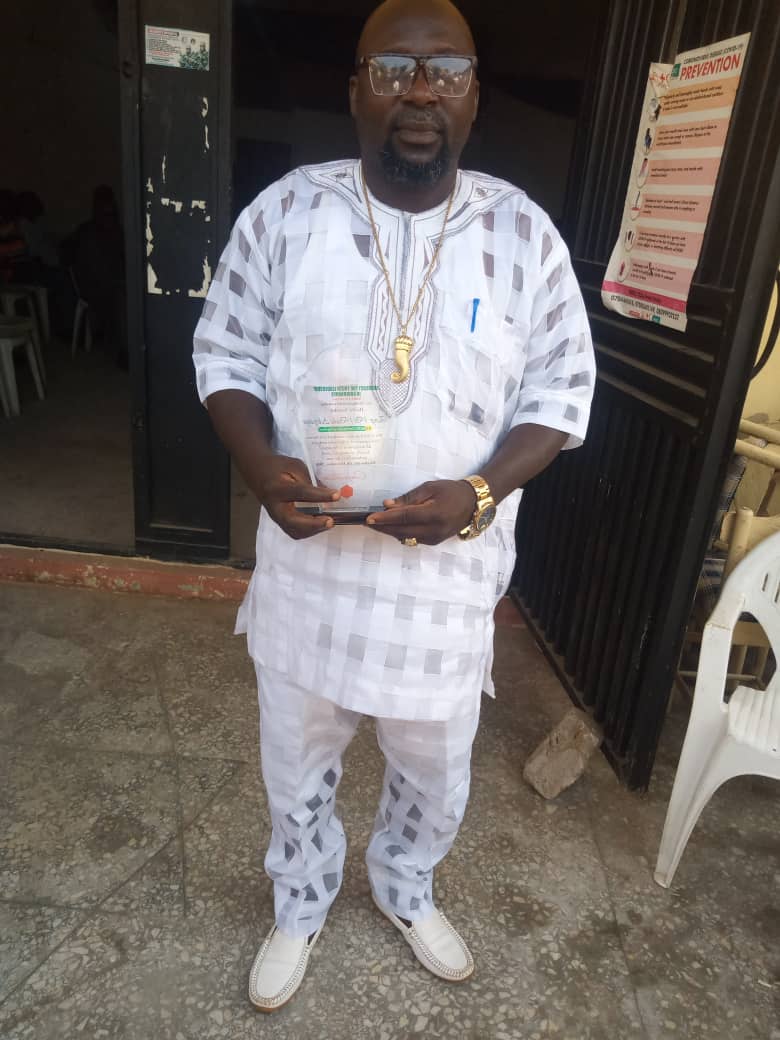 …… Promises more philanthropic gesture in the years ahead

An Award of AEDC Contractor of the Year has been conferred on Engineer (Dr.) Dada Adeyanju popularly called Ojogiri-1.

A Group known as Advocacy for Youth Leadership in Governance, Kogi State, conferred the Award on Ojogiri-1 at this year’s Award of Excellence held in Lokoja.

The Group said Engineer (Dr.) Adeyanju was chosen for the Award in view of his selfless service to the people of his Community.

Reacting to the honor done him, Ojogiri-1, who could not hold back his joy appreciated the Group for finding him worthy of the Award.

“I feel so happy and so elated. In fact, it is good to be good. All the things I have been doing for my immediate Community in the secret, I don’t know it been noticed by the people. This is really great and I am not taking this for granted”

READ:  No One Arrested Me, My Cars Are Intact Not Seize As Peddle -- Bobrisky Claimed

Engineer Dada pointed out that the Award will spur him to do more and commended friends and family members for gracing the occasion.
“This Award has put me on my toes already. I will continue to do what I have been doing before and even double my efforts. The people of Felele Community should be rest assured that in no distant time, they will hear from me positively”

Friends of the Awardee, Mohammed Hadi and Mr. Christopher George, described the Award as well deserved and enjoined Ojogiri-1 to continue in his works.

Engineer Dada Adeyanju who is a native of Are Ekiti, Ekiti State but resident in Lokoja, have been contributing his quota to the development of Felele Community, a development he is expected to sustain in the years ahead. 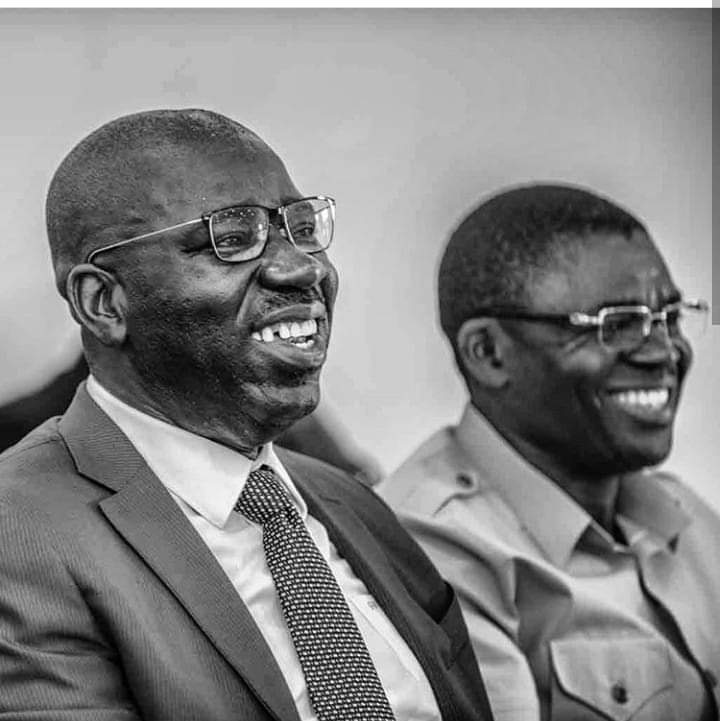 Obaseki, in a statement, hailed the deputy governor for his unalloyed loyalty to Edo people and unwavering commitment to the vision of making Edo great again.

According to the governor, “I congratulate you my friend and brother on your 51st birthday.

“It is with great joy that I celebrate you today, given our very peculiar and shared experience forged by years of unalloyed loyalty to Edo people to drive our common vision to make Edo great again.

READ:  Outrageous: I Sponsor My Boyfriend To Marry Me, Says Her Guy Used The Money For Another Woman - Nigerian Lady Openly Cries Out