Chairman of the Progressives Governors Forum and Governor of Kebbi State Abubakar Atiku Bagudu on Tuesday 17th November 2020 led some Governors of the APC on a solidarity visit to Plateau State to commiserate with the Government over the looting and destruction of public and private properties by hoodlums who hijacked the ENDSARS protests.

Governor Bagudu who was accompanied by his colleagues from Yobe, Mai Mala Buni and Jigawa, Abubakar Badaru, said their visit was to express sympathy with Governor Lalong over the unfortunate events that led to the destruction of properties worth billions of naira.

He said though the protests were legitimate and supported, criminals hijacked the agitation to perpetrate crimes under the guise of searching for palliatives. He maintained that Governors did not hoard any palliatives as wrongly insinuated.

The Progressives Chairman said “we have the best interest of our youths at heart and believe that without empowering them, development will be difficult to achieve. That is why the APC Government right from the Federal to the States continue to roll out empowerment initiatives that will build the capacity of the youths and make them productive. We shall continue to engage and dialogue with them in enhancing their well-being so as to address restiveness”.

A statement issue by Dr. Makut Simon Macham, Director of Press & Public Affairs, said Governor Lalong thanked them for the solidarity and goodwill over the unfortunate incident.

He said the destruction has taken the State back as some of the properties looted, vandalised and destroyed were sources of job creation and industrialisation.

He told the delegation that over 31 public and private properties were affected with losses estimated at over 75 billion naira which will be difficult to restore.

He said already, he has engaged the youths and other stakeholders after the incident to ensure that there is no repeat of such incident.

READ:  Nasarawa Speaker Rejoices With Emir Of Lafia As He Clocks One Year On throne, Describes His Reign As Peaceful, Eventful.

The Governors later proceeded to Lagos for a similar visit to Lagos State Government.

As part of efforts to scale-up the revenue generation of area councils and other stakeholders, the FCT Minister of State, Dr. Ramatu Tijjani Aliyu, has called on revenue agencies in the FCT Administration and area councils to synergize.

The minister appealed to the Department of Outdoor Advertisement and Signage ( DOAS) and the Abuja Municipal Area Council (AMAC) to ensure that pending cases in court regarding revenue generation are resolved amicably.

Austine Elemue
S.A Media To FCT Minister of State, in a statement signed on Monday
November 30, 2020 said the minister who made the appeal at the 147th Joint Area Councils Allocation Committee (JAAC), meeting noted that such prolonged litigation has further compounded the inflow of revenue to the councils, adding that the councils cannot make any meaningful progress with the lean monthly revenue allocations from the federation account.

Aliyu, who presided over the JAAC meeting, also used the occasion to appeal to chairmen of the area councils to critically look into their wage bills by ensuring that officials without portfolios are jettisoned with a view to reducing the financial burden on the system.

“It is high time we take the bull by the horn and face the reality. If there are some people we bring on board for political consideration, this is the right time to call them and explain to them. We have to tell ourselves the basic truth. With the dwindling revenue generation it will be difficult for the area councils to function optimally.

“On this note, I want to also appeal to the Department of Outdoor Advertisement and Signage (DOAS)  and the Abuja Municipal Area Council (AMAC) to resolve their feud because it has impacted negatively on the revenue base. There is need to strengthen our institutions so that they outlived us,” she affirmed.

Meanwhile, the Federal Capital Territory Administration has disbursed a total sum of N1,908,624,617.57 billion to the six Area Councils in the FCT and other stakeholders as its share of statutory allocation for the month of October 2020.

“We Won’t Allow Public Assets To Rot Away”, _ Ganduje Declared 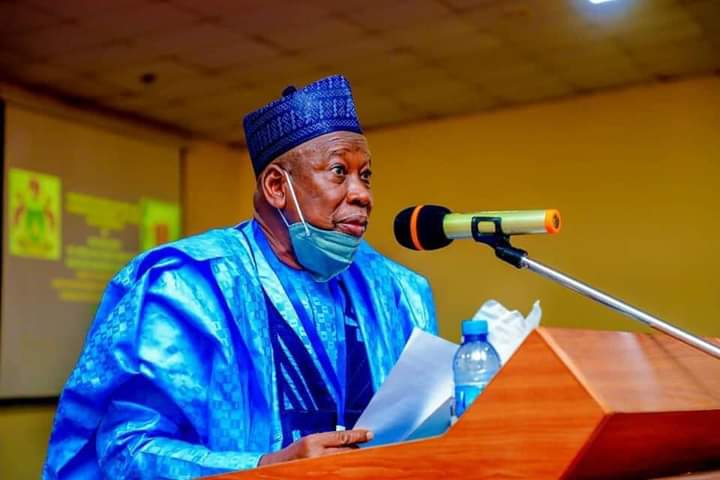 Kano State Governor, Abdullahi Umar Ganduje on Sunday reacted to criticisms by the Kwankwasiyya Movement faction of the Peoples Democratic Party (PDP) over efforts to rejuvenate non-performing public assets in the state.

The Kwankwasiyya group had said it would not fold its arms and allow public assets to rot away.

It added that it would revitalise such under-performing assets through Public Private Partnership (PPP) agreement with willing investors in the best public interest, as part of a noble futuristic move to make the ancient city catch up with modernity for a befitting mega city status.

But Governor Ganduje, in a statement by his Commissioner for Information, Malam Muhammad Garba, said such abandoned and structurally defective properties, some of which had been in comatose, would be turned around by committed stakeholders.

Garba said Daula Hotel, which had been abandoned for years, has become a hiding place for criminals, even as the School of Hospitality and Tourism situated within its premises only occupies 10 per cent of the structure, would now be developed to a residential building for enhanced revenue generation.

“As for the once vibrant Triumph newspapers unceremoniously closed down by the Kwankwaso administration in 2012, one quarter of which was converted to a public convenience, was revived by the current administration and now relocated to a more convenient place befitting a newspaper house to pave the way for the development of a more economically viable and modern Bureau de Change Market that can generate more revenue to the state and provide employment opportunities to the teeming populace,” he said.

Garba said the state Zoological Garden is being relocated from residential areas for public safety because when it was established, the garden was on the outskirt of Kano with no human inhabitance, while the place will now be put to more economic use, stating that no zoo across the world is to be found in a residential area.

The commissioner chided the Kwankwaso administration for its infamy for land grab and personalising public property, and indicated that there are available records on how his government sold many valuable residential buildings in the Government Reserved Area (GRA) as well as vehicles belonging to the state government valued at millions of naira at giveaway price.

End Of An Era: Edo ANA Gets New Leadership After 7 Years Of Excellence Performance

Really, everything that has a beginning must have an end. Nothing is infinite, save the love of God. When Goodluck Osama Ogbeide, the immediate past Chairman of Association Of Nigerian Authors (ANA), Edo State Chapter, was sworn in 7years ago, as the ANA Chairman Edo State Chapter, there was so much apprehension from different quarters about his ability to effectively run the association. But just yesterday, as he bowed out, Ogbeide was a fulfilled leader.

His transparency, dedication and hard work endeared him to many of the shareholders in the Association. Mackson Ode, an incurable ANA member, once described him as a conservative leader who is ready to take a radical stand in defence of ANA.”He is quiet but aggressive in dealing with cases of ANA,”Mackson said.

For 7 years, Ogbeide worked hard to improve the membership of ANA in Edo State, ensure that indigenous authors books were approved by Ministry Of Education and used by schools. To cap it up, he successfully organized a “Reading with the Governor”, His Excellency, Mr.Godwin Obaseki, the Executive Governor of Edo State, which was aimed at reviving the reading culture in Edo State in particular and Nigeria in general.

As this hero of ANA Edo State chapter leaves office, one can safely conclude that he is leaving behind a more efficient Edo State ANA that is an embodiment of “a politically united, socially integrated, stable and well-organised ANA with equal opportunity for all Edo residents Authors,” as envisioned during his inauguration.

READ:  Nasarawa Speaker Rejoices With Emir Of Lafia As He Clocks One Year On throne, Describes His Reign As Peaceful, Eventful.

Meanwhile, as Christy Omorogbe, the newly elected ANA Chairperson, steps in, observers submit that she would succeed to take ANA to the next level in spite of the huge task ahead. Having served in different capacity of ANA and in public sector.

Christy believes that success would be achieved with the cooperation of other executive members. She would be working with others prominent elected officials. The newly elected officials of Association Of Nigerian Authors(ANA), Edo State Chapter are:

The elected officials were sworn in by Barrister Ijeoma Helen Obadiegwu Esq at the Nigeria Union Of Journalists (NUJ), Edo State council where the event was held.

In her acceptance speech, on behalf of the new executive members, Christy Omorogbe eulogized the outgoing Chairman and promised to consolidate on his achievements. She also thanked the electoral committee, ably led by Mrs Bisi Akpaida for conducting the most freest and fairest election in the history of Edo State ANA. The presence of the National President of ANA, Mr.Ahmed Maiwada, Esp was highly appreciated. And other dignitaries too numerous to mention.

The tenure of the newly inaugurated executive members will expire in two years time, subject to renewal though.