The Ebonyi State Governor, David Umahi, has confirmed his defection to the ruling All Progressive Congress(APC) from the Peoples Democratic Party (PDP).

Umahi told journalists in Abakaliki on Tuesday that he had no regrets leaving the PDP.

The governor said he moved to the APC because of “injustice” meted out to the South-east by the PDP.

He said that he had no deal with the APC or any member of the party with regards to the zoning of the presidential position to the region.

He said: “I want to clear the air that I never sought (for) PDP presidential ticket and I will not. So whoever that said that I moved to APC because they refused to zone the ticket to me is being very mischievous.

“Even if PDP promises somebody presidential ticket how does it work where over 8000 delegates will be voting. And such promise cannot happen with more than 10 or 20 people so people are being very mischievous about that.

“However, I offered this movement as a protest to injustice being done to South-east by the PDP. Since 1999, the South-east have supported the PDP. At a time the five states were all PDP. One of the founding members of the PDP was from South-east, the late former Vice President, Alex Ekwueme.

“It is absurd that since 1999 going to 2023, the South-east will never be considered to run for presidency under the PDP. And this is my position and will continue to be my position. It had nothing to do with me or my ambition,” Mr Umahi said.

Umahi insisted that he would continue to agitate for the interest of the South-east in or out of office.

He said he has decided to become the “sacrificial lamb” that would be crucified for the interest and good of the South-east as a zone.

The Ebonyi State governor said he was not driven by selfish reasons.

He said that he has since 2019 started the agitation for South-east Presidency, insisting that the zone must get it right now or else wait for another couple of years to get such opportunity again.

Mr Umahi further noted that despite his movement to the APC, he would not castigate the Peoples Democratic Party.

He still expressed hope that the PDP will consider the region and zone the Presidency to South-east for equity and fairness.

Mr Umahi, who said he might quit politics in 2023, said he has not yet declared interest for the presidency and would support any candidate from the zone for the position.

On the reason given by the PDP that it was not yet time for the issue of zoning, the governor said the PDP leadership was being economical with the truth.

“In 2015, PDP had zoned the next presidential slot to the north against 2019. Then the statement in Bauchi that the presidential slot is open to all parts of the country and the overtures and scheming to remove most members of the National Working Committee, these are some of the indications that the party has no intention of zoning it to the South-east.

“The point is very simple. In 2023, I would have been in PDP between 23 and 24 years and south east never really supported APC the way they are supporting PDP and in that 2023, they would have been eight years in office but it would have been about 23 years going.

“So, I believe strongly that the will of God will come to play but I believe that APC is amenable to working with South-east from all indication, it’s amenable and I also believe that until justice and equity is implanted in this nation Nigeria, it is difficult for Nigeria to make progress,” Mr Umahi said. 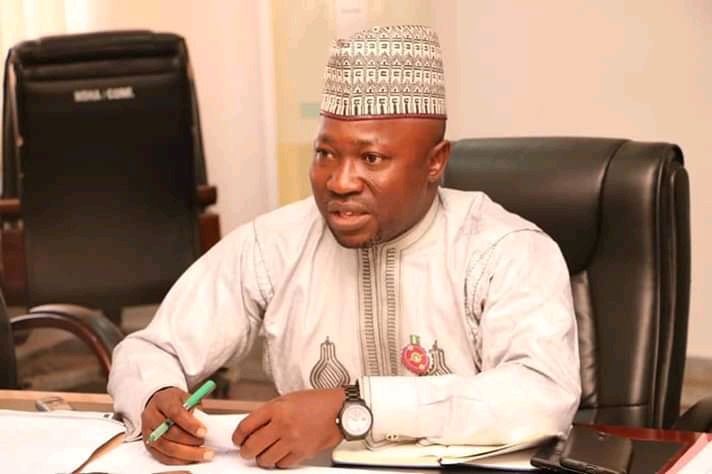 The Nasarawa state Honorable Commissioner for Health, Pharmacist Ahmed Baba Yahaya, said his desire to signify interest in contesting for the House of Representatives seat to represent Toto/Nasarawa federal constituency in the 2023 general election was born out the clarion calls from various groups, youths, women groups, individuals and stakeholders across the constituency.

Pharmacist Yahaya, who was speaking during an exclusive interview with our reporter in Toto on Monday, said he would ensured that the voices of the good people of Nasarawa /Toto federal constituency are heard at the national assembly.

He also said he would ensured that he drew the attention of the federal government to his constituency in order to allocate some viable projects that will impact on the lives of the people of the constituency.

“As you can see, how many federal government projects have you seen or heard that was allocated to Nasarawa/Toto federal constituency, as you can only name the federal polytechnic and the ongoing rehabilitation of the highway including that of Loko/Oweto bridge, ” he said.

He said the people of Nasarawa/Toto federal constituency deserves more than the few projects executed by the federal government for the state because of their immense contribution to the government.

“I think the contribution the federal government has given to the state especially people of Nasarawa/Toto federal constituency are inadequate and among other things that my people are yearning for, which I shall pursue to ensure they get it,” he added.

The honorable commisioner, however, noted that the overwhelmed support he has been garnering from both people of Toto and Nasarawa environs was as a result of his simplicity and open door policy he has been operating.

My Foundation Has Trained Over 500 Women, Youths On Skills Acquisition &#8211; Says Maikaya

Global Times Nigeria had reported that Pharmacist Ahmed Baba Yahaya is an origin of Toto LG and an Egbira of extraction who has already unveiled his agenda ahead of 2023 election.

…There should be end to litigation if you mean well.

The Peoples Democratic Party, (PDP) in Ekiti State has called on the Senator representing the Ekiti South Senatorial District in the National Assembly , Senator Abiodun Olujimi to demonstrate sincere concern for reconciliation within the party by putting an end to litigation.

The State Working Committee of the party made this statement on Monday after its monthly meeting, saying”We have all it will take to win the next year governorship election. Those who have conceded by reason of their underhand dealings with the All Progressives Congress (APC) government in the State will be disappointed.”

The State Publicity Secretary of the party, Raphael Adeyanju, was reacting to claim by Senator Olujimi that the party may lose the 2022 governorship election if the party’s national leadership fails to reconcile contending groups in the State.

He said “There is no political party without its own internal issues and we are yet to see leaders of other parties addressing the press and saying gleefully that their party will lose if their personal position is not foisted on the party.

“Let it also be made clear that PDP did not lose the 2018 election. Those presently holding power in Ekiti State know how they were rigged into power and the result is the misgovernance that can be seen everywhere in the State.”

The PDP State Publicity Secretary said the party was constrained to respond to Senator Olujimi, because of the need to let members and supporters of the party know that the fact that anyone or group lost out in the party congresses should not become reason for blackmail.

He said; “while reconciliation is important, we wonder how someone that is in court against the party over matters already decided by the lower court and court of appeal is asking the same party leadership for reconciliation. Court case? Reconciliation? what exactly do you want?

“Shouldn’t there be an end to litigation if truly you mean well for the party in Ekiti? After the South West Congress, the Dr Eddy Olafeso side that lost, conceded defeat. They did not go court to challenge the congress and they did not form parallel Exco against the decisions of the National Working Committee (NWC) and National Executive Committee (NEC) as done in Ekiti.

“Meanwhile, in Senator Olujimi’s repositioning group, there are three governorship aspirants who are already reaching out to the party structure as approved by the NWC and NEC, and we are sure those aspirants in her group are not contesting to lose.

“We are also aware that Senator Olujimi is hiding under the Southern Agenda to further her own governorship ambition and it is her right to so do.”

Speaking further, Adeyanju pointed out that there was no political party that can please everybody, saying; “With all due respect to Senator Olujimi, if she has accepted failure on her part, those of us who genuinely love PDP and have no other party to go will work assiduously to ensure victory for the party.

“Most importantly, while we will continue to acknowledge the fact that everybody is important, we must point out that the ambition of any individual cannot become the yardstick for the party’s success in the 2022 and 2023 elections.

“No one is bigger than the party and those interested in contesting the 2022 governorship election as candidate of the party should be honest enough to declare their intention just like others.”

A Chieftain of the All Progressives Congress (APC) in Toto Local Government Council of Nasarawa state, His Excellency, Alhaji Muhammed Musa Maikaya and (Ciroman Toto),  has said that he was not in support of the idea of the proposed zoning of the chairmanship seat in the area.

Global Times Nigeria, had learnt that APC stakeholders of the local government, under the leadership of Speaker of the State House Assembly, Hon Ibrahim Abdullahi Balarabe, were said to have unanimously resolved to zone the chairmanship slot to Gadabuke District for ease of administration.

Maikaya, who was also the governorship aspirant in 2019 governorship election in the state, made the observation during an exclusive interview with our reporter at his private residence in Toto over the weekend.

He observed that adopting zoning of the chairmanship position will not allowed for development and integration, saying since the stakeholders are preaching unity, there was no need to device ways of embarking or coming up with decision that may cause division among people across tribal, ethnic, religious and political lines.

“When we are preaching unity, we need to be telling people to identify themselves by their tribes and where they come from. I will rather prefer for all of us to see ourselves as brothers and sisters, as if you are interested in it, come out and contest as it has always been. And if you win, your supporters and every other person will appreciate and relate with you, while if you lose, they will sympathized with you,” he said.

He added ” But for us to clearly say one section is qualified and disqualified another section, which I believe is not part of APC agenda if we truly believe in APC. So a true believer of APC will not say that,'”.

He said if it was an informal arrangement to make zoning suitable, saying he believed it should not be the local government that should encourage tribal division.

Eid-el-Fitr 2021: Alh. Maikaya Felicitate With Muslim Ummah, Calls for Sustenance of the Spirit of Ramadan

Maikaya, however, said though, he was not aware of adoption of the zoning of chairmanship position to Gadabuke, saying such decision cannot be taken without involving him as among the APC stakeholder in the area.