Governor of Ebonyi State, David Umahi, has hit harder on his Rivers State counterpart, Nyesom Wike over faulted him for dumping the Peoples Democratic Party (PDP) to the All Progressives Congress (APC).

Mr Umahi had said he defected from the PDP because of the party’s injustice against his South-east zone. But Mr Wike said the claim is not true.

Mr Wike’s accused Mr Umahi of being unfair to the PDP, which gave him the governorship ticket in 2015 and again in 2019.

According to Mr Wike, “committed members of PDP were not surprised that Governor Umahi on Tuesday formally defected to the APC, which he has for a while been fraternising with.

“My friend, Umahi, wants to be president. There is no problem about that.

But Mr Umahi attacked Mr Wike, describing him as a dictator.

Mr Umahi in an interview with Arise TV, revealed that Mr Wike is single-handedly controlling the affairs of the Peoples Democratic Party, PDP, autocratically which has made governors on the platform unhappy with him.

“Wike must know he is a dictator; he must know that one person cannot be called a crowd.

“Wike must know that a lot of governors in the PDP are very sad with him,” Umahi added.

According to Umahi, Wike single-handedly made Secondus the PDP Chairman and tried to impose one of his own as the minority leader in the House of Representatives.

“He must know that there is nothing that happens in the PDP without his authorization.”

Umahi warned Gov. Wike not to clash with him because it will be dangerous.

He warned Wike to focus on the party and stop demonstrating dictatorship traits by attacking him.

“Wike has called the PDP committee all kinds of unprintable names, and I have asked Gov. Wike, he is my friend, and let’s not take on ourselves because it will be very dangerous.

“Focus on the party, the party does not belong to him and this is nothing personal but Wike is demonstrating the dictatorship tendencies in him by taking on me a fellow governor.”

Kogi Lawmaker Calls On Gov Bello To Run For  2023 Presidency, Lauds His Effort On Security 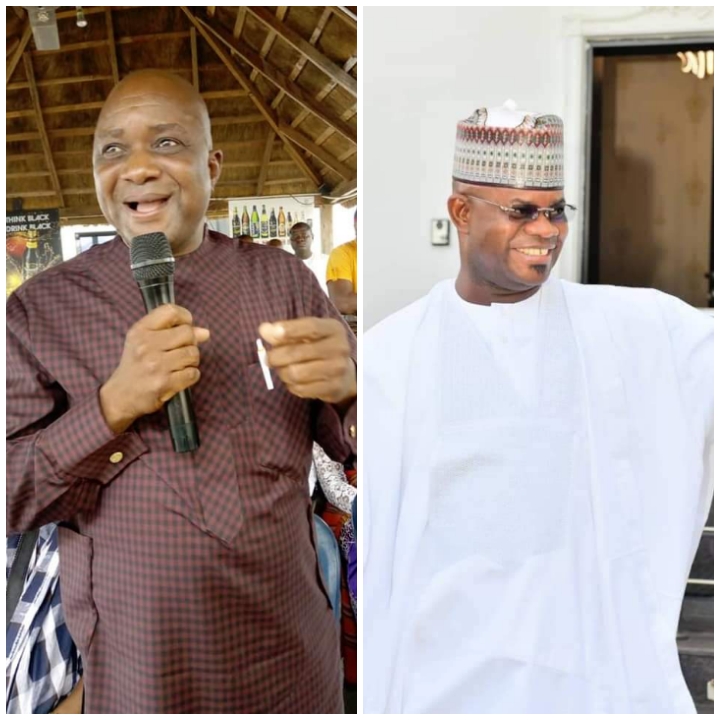 Ahead of 2023 Presidential elections, Member representing Bassa constituency in the Kogi State House of Assembly, Hon Ranyi Daniya has called on Governor Yahaya Bello to heed the clarion call of well meaning Nigerians to contest for Nigeria’s Presidency in 2023.

Daniya made the call while addressing stakeholders and leaders of the All Progressive Congress (APC) of Bassa LGA extraction on Tuesday.

The lawmaker highlighted the achievements of the Governor in areas of security, unity, infrastructure and youth inclusiveness.

READ:  One Year In Office: Hon. Joseph Asuku Bello, In Pursuit Of Advancement; The Journey So Far

“It is high time we join the train of national politics. Governor Bello should be encouraged and supported by all well meaning Kogites in other to ensure we have purposeful leadership in our country,” he said. Daniya also called on the people of Bassa LGA to vote massively for all the candidates of the APC in the council elections scheduled for 12th December.

He thanked Bassa citizens for standing firm with the APC and the government led by Alhaji Yahaya Bello and prayed for sustained peace and development in the area.

Independent National Electoral Commission (INEC) said it is proposing a bill to the National Assembly, seeking amendment of the constitution and electoral act to enable parties replace their elected representatives that die or vacate seat before end of tenure.

Resident Electoral Commissioner for Kogi state, Professor James Akpam, disclosed this at the stakeholders meeting preparatory to the Ibaji state constituency bye election held on Thursday at the INEC office in Lokoja.

He said the bill if considered and passed into law will go a long way to curb cost in the electoral processes of INEC and other untoward activities associated with election in Nigeria.

The Ibaji constituency seat is currently vacant following the demise of Hon. Abah early this year after a prolonged ailment, the Commission is preparing for his replacement through bye election.

According to the Commissioner, INEC has concluded arrangement to conduct a free, fair and credible election in Ibaji, despite the Covid 19 scare as all the pandemic protocols would be observed during the Saturday, December 5 election.

He explained that the constituency has 148 polling units,10 registration areas(RAs), 76,575 registered voters, 96% of which have collected permanent voters cards with 630 adhoc staff, one returning officer, 10 collaboration officers have been recruited and trained for the exercise.

He explained that during the recent Governorship elections in Edo and Ondo  State respectively INEC observed Covid-19 protocols , stressing that voters in next Saturday election in Ibaji must observe protocols to aviod crisis.

The REC pointed out that the social distancing, use of face masks , washing hand and Sanitizers would be strictly applied during the election.

Akpam added that all the INEC Staff would do the same, calling voters to come to various polling units with their face masks.

He stated that that card readers would be sanitized intermittently , saying that immediately a voter is allowed to vote the INEC officers will apply sanitizer on Card readers before  the next voter will vote

READ:  One Year In Office: Hon. Joseph Asuku Bello, In Pursuit Of Advancement; The Journey So Far
Continue Reading

According to the report,  Senator Abbo, who represents Adamawa North in the Nigerian Senate announced his defection from the PDP to the APC in a letter addressed to the Senate.

Senator Ahmad Lawan, the President of the Nigerian Senate, read the letter during Wednesday’s plenary session.

In his letter, Senator Abbo explained that his decision to defect to the APC is because of the mismanagement of the PDP in Adamawa state by Governor Umaru Fintiri.

Meanwhile, the name Senator Elisha Abbo became popular amongst Nigerians last year after he made headlines for slapping an attendant in a sex toy shop for ‘disrespecting’ him.

Abbo is a close ally of the former Vice President, Alhaji Atiku Abubakar.