A Kogi-born Shooter/Coach of Shooting Sports, Mr. Ali Yusuf Adagiri, has called on parents in Nigeria to allow and encourage their children/wards to take part in the sports as it helps develop mental capacity.

In a telephone interview with sportswriters, Mr. Adagiri said that the unique sport has lots of advantage to shooters, urging parents to encourage the young ones partake in the game.

“shooting sports support youths in developing valuable conservation and natural resources related knowledge, instill good stewardship, enhances development of self concept, character and personal growth through safe educational and socially acceptable involvement in shooting. It promotes high standard of safety, sportsmanship, ethical behavior and also teach safe and responsible use of firearms, among others. If only parents in our dear Country can allow their children/wards take part in the games, I’m telling you there will be good returns because it also creates avenue for scholarship”

He noted that shooting sport instills confidence in children, describing it as both mental and physical sports which can be performed both indoors and outdoors.

Coach Adagiri explained that Shooting Sports as a collective group of competitive and lucrative sporting activities involving team members, relies on mental power and people of ages can compete.
“Good coaching and instruction in any sport instills confidence in those participating in it and success can be easily achieved if we catch the players young with the co-operation of the parents” 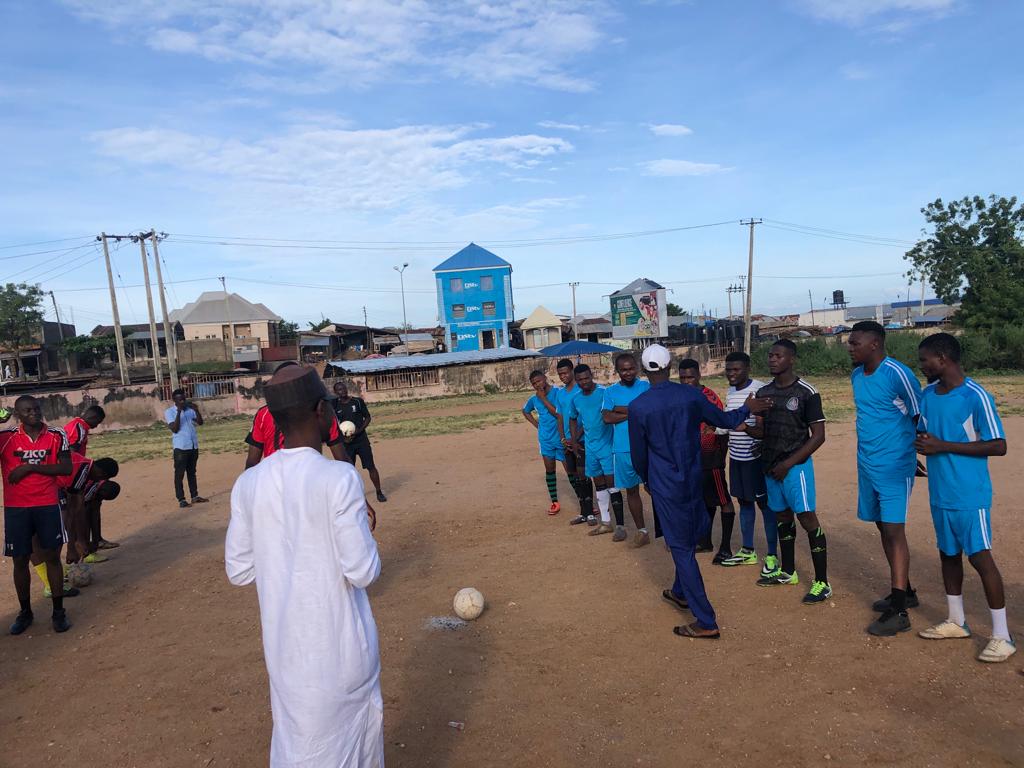 .……Charges Parents to Encourage their Wards to Take up Sporting Activities

The Parent Teachers Association (PTA) of the Saint Clement Minor Seminary, Adankolo Lokoja has commissioned a standard outdoor badminton court it built for the use of students of the seminary.

Kogi State Commissioner for Youth and Sports Development, Hon. Idris Musa, who was represented at the event by a Director in the Ministry, Mr. David Ogazuma, thanked the PTA for the laudable project which is aimed at improving the game of badminton in the school and the State in general.

He said the Ministry was expecting some sporting equipment for the National Youths Games, promising that the school will be given some badminton equipment from the Ministry at delivery.

Speaking, Chairman of the PTA of the School, Mr. Bayo Ilori, said the dwindling fortune of the sport in the State and the interest shown by student of the seminary in the sport, made the Association to embark on the construction of the court so as to encourage them and also to move the game out of doldrums of badminton obscurity back into reckoning.

Mr. Bayo, a Retired National Badminton player and an international certified badminton umpire, noted that the court was built with standard materials that will stand the test of time and also shapen the youngsters into becoming national and prominent badminton stars in the nearest future.

The PTA Chairman narrates that “the game of badminton was introduced to me in my secondary school days and since then, I never looked back

“So when I had the opportunity as the PTA Chairman of this school, I decided to replicate same by giving opportunity to these youngsters to also build themselves by constructing a standard court where they will be trained from the grassroots and they (the stakeholders) will in turn tap from the good talents

“We sent the school’s game master to attend a BWF international course shuttle time in Lagos organized by the Nigeria Badminton Federation and with that knowledge acquired and the newly built court, they will tap into the abundant talent that abounds in these kids and get future stars”

My simple charge to parents is that they should please, allow their children/wards take part in sporting activities irrespective of the sports they wish to take part in, you never can tell, it maybe God’s plan for them” he added.

The ceremony which was declared open by the Assistant Rector of the Seminary, Rev. Father Bernard Ologunagba, featured the Commissioning of the outdoor court by the representative of the Kogi State Commissioner of Youth and Sports Development, Tour of Badminton Court, Exhibition Match where a young promising talent, Master Michael Ilori became the cynosure of all eyes, amongst others.