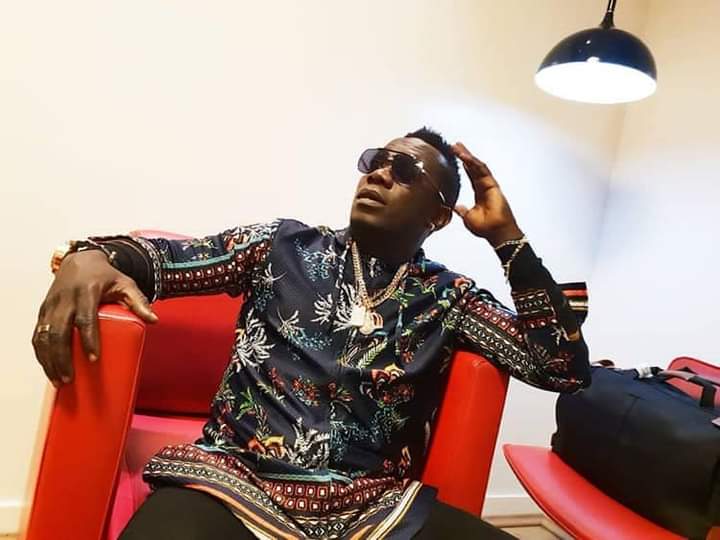 Popular Nigerian singer, Duncan Mighty has disclosed his thoughts on how people treat their mother and the woman they are romantically involved with.

In a post on Instagram, Duncan Mighty expressed his dissatisfaction with men who would take care of “their women” more than they take care of their mothers.

According to the singer, any man who buys a car for his woman while his mother is still trekking will be punished by God.

In addition, the singer also blasted those whose mothers are begging for recharge card.

Duncan Mighty stated that thunder is the reward for people who transfer money to their wives while their mothers are begging for airtime.

In his words, “If your woman get car wey u buy for her and your mother dey still trek GOD go punish you, if you dey send your woman card and transfer money to her and yet your mama dey beg you recharge card thunder fire you, anywhere you dey now kneel down and slap yourself anuofia.”

Meanwhile, Duncan Mighty was in the news recently when he was accused of smashing a tanker driver’s head in Port Harcourt, Rivers State.

According to reports, the tanker driver identified as Okabam John, who is a staff of Julius Berger Nigeria Limited, was assaulted by the singer on November 21, 2020.

John who narrated his ordeal to some Civil Rights Activists on November 24 claimed that the musician struck him on the head with a traditional staff made of elephant tusk while he was on duty.

The tanker driver said he was on duty when a private car parked close to his water filling spot.

John alleged that he tried notifying the driver who refused to wind down and then he bent his head to talk to the driver only to discover it was Duncan Mighty.

John said that before he could speak, the singer allegedly struck his head using a traditional staff.

READ:  Nigerian Actor, Frederick Leonard Has Reveals Why He Was Still Single At 44

He said the second strike was blocked with his hand. He claimed that he could not see when the singer drove off as his eyes were covered with blood.

Speaking about the incident, a Facebook user identified as Ndubueze Obodowhuo took to the social media platform to call out the singer.

On a lengthy post on Facebook, Ndubueze accused Duncan Mighty of using his VIP status to intimidate his people.

He also shared a ‘medical report’ stating that John was treated for “shoulder dislocation and scalp laceration.”

Part of the post read, “Duncan doesn’t show up when he’s publicly needed, rather he uses his VIP influence to undo his people.

Celebrities should be celebrated by their positivity, their influence shouldn’t pose danger to the society rather it should serve as liberation to the people.

“Mr. OKABAM JOHN is calling on the management of Julius Berger, Security Agents and Human Rights Organisations for justice to be done in his case, to avoid a reoccurrence.”

In another development, fans of Nigerian singer, Burna Boy have reacted to the recent cheating accusations.

It had earlier been reported that the Grammy awards nominee, was called out by his alleged side chick, Jopearl.

In a series of videos posted on her Instastories, Jopeal who is an Instagram model revealed that she has been dating Burna Boy for two years.

Burna Boy has been in a relationship with British rapper Stephanie Allen, better known as Stefflon Don for a while. The two have been spotted having a lovely time together, as he takes her to most of his shows.

However, according to Jopearl, she has also been dating Burna Boy for years. In a lengthy video she uploaded online, Jopeal lamented bitterly about how initially Burna Boy had been so caring and told her he loved her. 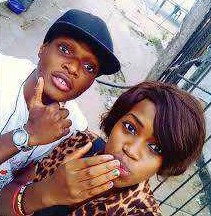 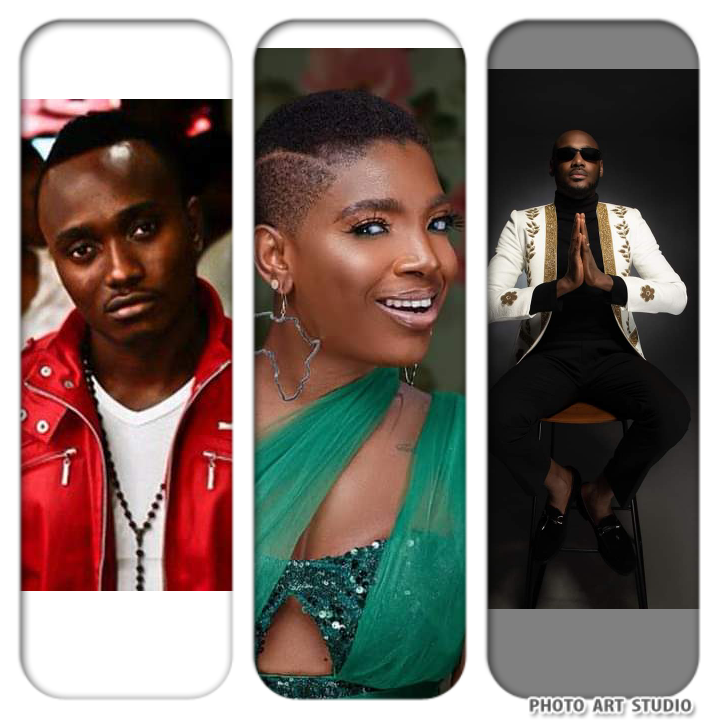 Global Times Nigeria learnt that Annie, a wife to Nigerian artist, 2Baba Idibia who had previously called him out for spending time with one of his baby mothers, has been in a marital crisis with her husband.

However, Brymo revealed his previously undisclosed argument with the ‘African Queen’ crooner in a lengthy Twitter thread on Monday night.

“A man falsely accused me of sleeping with his wife and I’ve waited in angst. The words were never taken back still. Efforts were consistently made to prove I did it still. And my soul has known no lasting peace,” Brymo wrote.

“Mr Innocent Idibia had, at an AFRIMA press conference in 2015/16 or thereabout, elbowed me in a supposed greeting as much as 4-5 times while looking away, saying ‘Brymo, Brymo’. We exchanged no other words that day!

“In 2012, I had the opportunity to tour the US with his company, a most appreciated opportunity, as he was by far my most respected act around. He was my first reference at everything and boy! Did I look up to him!

“Fast forward to a few years ago, he approached for a feature, asking me to get on a track with him. I was initially reluctant to consider it because I still didn’t know why he did what he did at the press conference years before.

“I got persuaded to meet! I had, the week before or so, shared the company of his wife, a female friend of theirs and my partner’s, and my partner herself. Mrs Idibia had asked what the future held for my career.

“A question I considered a sleek attack. My answer was my future! I proceeded to responded that I’ll be Africa’s finest act alive and that I’ll reign for a decade. I knew I had shot back nicely!”

Brymo said that 2Baba had gently challenged him, discouraging him from attempting to replace him in the music industry.

The musician further said that he will be attacked by guys loyal to 2Baba in the future for reasons that he did not specify.

“Next meet had Mr. Idibia himself present and he made a point of referencing another artiste who, in the past, had claimed king at his expense. He let me know what my fate might be if I kept eyeing ‘his Throne’,” Brymo added.

“Weeks later I saw the other act bowing to him repeatedly on stage! Weeks later I was lured into being hosted by a friend I had just met. After spending days getting high and philandering, I was asked if I would love to be a part of an organization, of which I responded ‘well, I might want to, except I do not subscribe to being battered’.

“My host said he was walking down to another guest house, where some guy has messed up and must be punished. Told me to come but didn’t wait. I was the guy, it turned out. When I arrived at the gate, I was asked to show myID.

“I tried to, truly, forcefully open the gate, stating that I was a guest of the hotel and didn’t need id. Four boys burst through the gates and launched an offense at me. I fought back, of course, got a black eye too!

“Later I found out from an undisclosed source that Mr. Idibia was responsible for the attack. I couldn’t decide if it was for supposedly bedding his Mrs or for claiming the spot of the greatest artiste alive!

“Up until a few weeks ago, I have found myself being forcefully shoved to take on his life’s image, to make his mistakes and experience his pains. Mr. Idibia has truly gone and tinkered with my life for months.

“It may be prudent of him, to desist from interactions with things and ppl that are close to me, in my domestic spaces, and in the field of survival. I have carried these emotions for many months. It’s not funny. This is madness!”

As of the time of publication, 2Baba and Annie had not commented on the allegations.

Charly Boy: The Famous Area Fada Says He Didn’t Skipped The Country For Fear Of Buhari As Widely Rumored

Global Times Nigeria has obtained a report where Maverick entertainer and musician icon whose acting skills as Odudubariba in blockbuster series ‘King of Boys- The return of the King’.

The controversial artist has not been in the country for some time.

The report further state that he set adrift waves of rumours that the famed “Area Fada” had skipped the country for some number of reasons: One, for fear of Buhari. Two, because of the bad economy and three to gear himself up for 2023 politicking.

The 70 years old Charles Oputa, popularly known as Charly Boy has spoken about his debut movie role ‘Odudubariba in the blockbuster series ‘King of Boys- The return of the King’.

Speaking with entertainment correspondent via his WhatsApp Video call from London, the all-rounder entertainer puts the record straight, stating emphatically that nothing or anybody can make him leave his fatherland.

“I, leave Nigeria to go to where? I’m on a well-deserved vacation and I’m going home in a few weeks time. I cannot live anywhere outside Nigeria. We will all live or die here. Nobody fit push me away from my fatherland, God punish dem. Dem no reach samsam,” he reacted angrily.

“I am used to a life of suffering and challenges, regardless of my spotless pedigree and my rich heritage. You know when you stay in sh*t for too long, you start to smell like sh*t. Our environment has become very toxic, therefore, I needed to step out for a while to take a breath of fresh air, reset, re-strategize and reboot. I’ll never run for anybody. We die here,” he added affirmatively