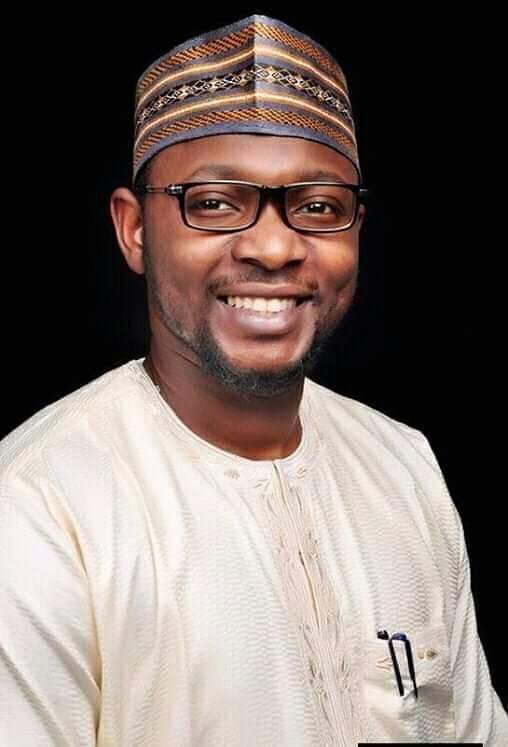 Honourable Abdulaziz,SK Danladi, a member of the Nasarawa state House of Assembly, who recently dumped the Social Democratic Party (SDP) for the All Progressives Congress (APC) has appealed to Nigerians to avoid abusing the president if they will not praise him.

Hon Abdulaziz who is an engineer is the Chairman House committee on works and transport. He represents Keffi East in the hallowed chambers of the Nasarawa state house of assembly.

Some of his empowerment in Keffi

According to him, considdering the sectoral transformation under the Buhari led administration, it will be unkind for any reasonable citizen of Nasarawa state and Nigerian to present the administration in bad light.

He made this statement on Tuesday, in his office during an exclusive interview with him, on his defection from the SDP which ticket gave him the opportunity to be elected into the state assembly.

READ:  2023: People like Tinubu not Needed In The System, The North Will Not Support Him – Shettimma Yerima Says

” I think the right perspective or word to use is that I made a return to my party.I was not just a member of the APC before the 2018 primary, I was more or less a chieftain,but had to decamp to the SDP during the APC primary , due to the role played by some party stakeholders from my constituency,which didn’t go down well with me and instead of causing any crisis, I left for the SDP.
” It was the SDP ticket that I got here to the assembly with but the governor and the speaker of the house of assembly became my reason for my return to the party.

READ:  One Year In Office: Hon. Joseph Asuku Bello, In Pursuit Of Advancement; The Journey So Far

” Governor Sule ,gave maximum respect to not just the speaker,but to the entire members ,regardless of our political differences, coupled with the kind of leadership exhibited by the two leaders,except one to be unnecessarily partisan,which to the best of my interest being in politics is all about good governance and not personal interest,which ironically some persons bear in mind.

He continued” Tell me which sector, in Nigeria, be it infrastructure, health care ,education and power that is left untouched by this government? So it will only amount to selfishness for one to stay in array with the government of Engineer Abdullahi A Sule’ and Mr President” He said.

Speaking on the current state of the party, he said it is laughable for one to think that the APC will not produce a president in the next election after Baba Buhari, when people like David Umahi of Ebonyi state, a strong supporter of the PDP has left to join forces with the ruling APC.

Honourable Abdulaziz,SK Danladi, a member of the Nasarawa state House of Assembly

” Definitely, there is bound to be internal friction but the APC has been the only party that managed her crisis well. I believe that APC has come to stay even beyond the number of years that the PDP had been in power.This is why my advice to wailers had been that they stop abusing the president if they have no reason to praise him” Abdulaziz added.

Hon Danladi Jatau, the former Minority Leader and member representing Kokona West Constituency  at the Nasarawa  State House of Assembly, has registered into All Progressives Congress ( APC) in his polling unit, Uke, Bassa, Kokona Local Government Area of the state.

Jatau(APC Kokona West and Chairman, House Committee on Public Complaints, Petitions and  Security registered with APC a day after he dumped his former party the PDP.

While registering in his polling unit today he called on the people of his constituency to embrace the ongoing APC membership registration and revalidation exercise.

He added that he has joined the APC in order to support Gov. Abdullahi Sule in developing the state.

” I also  joined the APC in order to contribute my quota to the development of the state and Nigeria at large because being in opposition at this material time is not good for us,

” I want to call on the people of my constituency, who are yet to join the ruling APC to do so in their interest and for the overall  development of the state.

” As there is benefit of belonging to a political party, especially APC which is the ruling part and above all our Governor is doing well,” he said.

Jatau has also called on the people of his constituency to pray and support Gov Sule and President Muhammadu Buhari administrations to succeed and to enjoy more dividends of democracy.

Besides, he assured the people of his constituency of continued quality  representation in order to bring development to their door steps.

” I want to use this medium to assure the people of my constituency that I will continue to do my best for them through keying into peoples oriented programmes that will change their lives positively  ” he added.

The out gone leader of the opposition in the state hallowed chamber solicited for the support of the people of his constituency to enable him succeed.

2023: Another PDP Lawmaker dumps Party For APC In Nasarawa

The lawmaker urged his constituents and Nigerians to continue to live in peace, be law abiding and respect constituted authorities for societal development.

Kogi LGA Chair Charges All That Were Honoured With Chieftaincy Titles, Awards To Bring Their Experience To Bear

Kogi LGA Chair Charges All That Were Honoured With Chieftaincy Titles, Awards To Bring Their Experience To Bear
Spread the love

Kogi LGA Chair Charges All That Were Honoured With Chieftaincy Titles, Awards To Bring Their Experience To Bear

The Chairman, Kogi Local Government Area, Hon. Isah Abdulkarim, popularly called Ecomog, has congratulated all that were honoured with Chieftaincy titles and Award at the second Year Anniversary of the 15th Ohinoyi Nyiwo of Gegu-Beki Chiefdom, Alh. Mohammed Abba Alhassan.

In an interview with Newsmen at the event, Hon. Abdulkarim Isah said those picked for the honour earned it through their contributions to the progress of Gegu-Beki, and commended the royal father for his efforts within the two years of his reign so far.

The Kogi LG Boss enjoined those recognized with the honour to continue to live up to expectations through quality service delivery to the people of the Area.

“To who much is given, of course much is expected. The Chieftaincy titles and the Meritorious Awards were given to deserving individuals because of their immense contributions.

“Now that His Royal Highness has found these individuals worthy of the honour, its simply an indication for all recipients to double their efforts at delivering quality services to the people of the Community”

No fewer than five thousand youths gathered in Yola, the state capital of Adamawa to declare their love for and support for the 2023 youthful presidency agenda.

The people of Adamawa State declared that Governor Yahaya Bello is a young Nigerian who have become a national bridge builder and an example to all politicians in the country, saying that his qualities on unifying Nigeria through tribal and religious tolerance is what the country needs come 2023.

The people declared this when the Bello Ambassadors Network, a non governmental organization launched it’s state chapter in Adamawa to pressure the Kogi State Governor to join the 2023 presidential race.

The National Coordinator of the Organisation, Anthony Edogbo and the former lawmaker in the Adamawa State House of Assembly, Suleiman Alkali, led a team of former commissioners, APC chieftains from the state down to the Local Governments and thousands of young people to the inauguration of the Adamawa State Chapter of Bello Ambassadors Network (BAN) which took place in Yola yesterday.

Speaking at the event, the former lawmaker noted that Governor Yahaya Bello is the saving grace of all Nigerians.

BAN whose mandate is to mobilize Nigerian youths for the actualization of a youthful president come 2023 by supporting Yahaya Bello has already rooted political structures across most states in Nigeria. However, the turnout at Adamawa’s inauguration was unprecedented.

READ:  India: It Would Be Good If India Learns Something From Trump's Defeat - Shiv Sena

BAN North East coordinator, Alkali who spoke on behalf of the youth of the state assured the group that the people of Adamawa are solidly behind the youthful governor as he is one of their own.

The ceremony which took place at Lelewal Hotel Conference Hall in the capital of the state is seen as one of the largest youth gatherings in the state in recent times.

In his remarks, the National Coordinator of the group, Comrade Anthony Edogbo who was a special guest of honor at the occasion disclosed that the group has recorded massive membership registration within the short time of the launch.

Edogbo noted that the group is not struggling as the youth are voluntarily joining the movement for their love for Governor Bello. He said people are sacrificing their resources and giving donations because Nigerians desperately need Bello.

The newly sworn-in Adamawa state Secretary of the Association, Hon Hussaini Ahmadu Har who is a renowned grassroots mobilizer said that the time for youth to take over has come and that the Adamawa BAN exco would do every legitimate thing possible to deliver the state to Governor Bello.