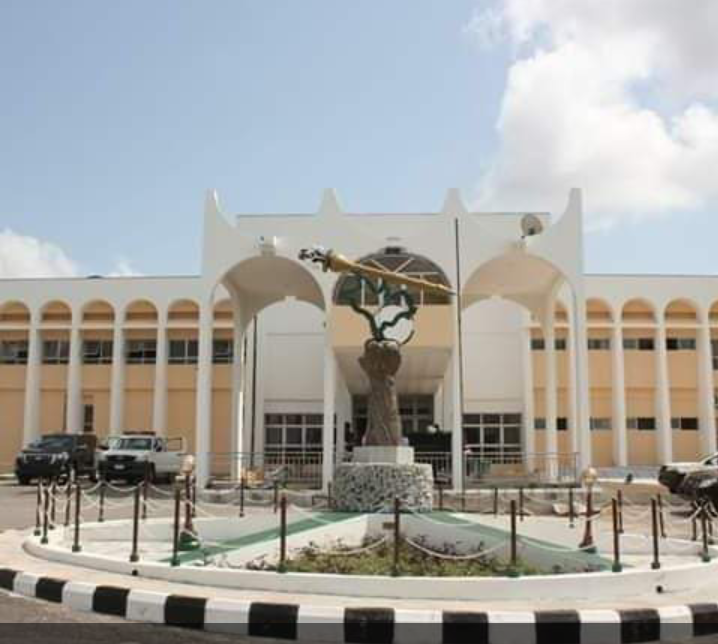 Kogi State House of Assembly has passed into law the N130 billion naira 2021 Appropriation Bill, presented by the executive.

The bill as approved by the Assembly has over N74 billion naira for recurrent expenditure, while N56 billion is set for capital expenditure of the tagged ” accelerated recovery budget”.

The bill is expected to address the basic infrastructural needs, ensure the smooth administrative running of government services and drive the economic recovery of the state.

The nominee from Adavi local government council was stepped down pending clearance by the Kogi State Head of Service over the allegations of his dismissal from the service.

The nominee from Adavi was earlier petitioned over irregularities, which led to his dismissal from the service of the State Government.

The assembly, however, cleared all the other secretary-nominees for the other 20 local government councils of the State.

The Chairman of Abaji Area Council, Hon. Alhaji Abdulrahman Ajiya, on Friday, tendered the election result of the All Progressives Congress (APC), chairmanship held on April, 23, 2021, in which Hon Mohammed Angulu Loko, emerged as the party’s flag bearer in the area before the Ona of Abaji, His Royal Majesty (HRM) Alhaji Adamu Baba Yunusa.

Global Times Nigeria, learnt that there has been confusion especially among supporters of one of the chairmmship aspirant, Abubakar Abdullahi Umar, who came second position, claimed to have won the primaries but was allegedly rigged in favor of Hon Mohammed Angulu Loko.

READ:  2023: "I Will Surprised Nigerians By Succeeding President Buhari Just Like The Recent Scenario That Unfold In US". - Pastor Tunde Bakere Says.

The aspirant claimed, it was also learnt almost led to a clash between his supporters and the incumbent chairman, Hon Abdulrahman, while returning from the Eid prayers ground, when the convoy of the aspirant supporters allegedly prevented the council chairman’s convoy from driving behind the Ona of Abaji, Alhaji Adamu Baba Yunusa, shortly after Eid prayers on Thursday, in the area.

It was gathered that the clash was said to have been averted after the council chairman, Hon Abdulrahman Ajiya, immediately alighted from his vehicle while returning to the palace to calm his supporters.

On arrival at the palace, the council chairman also displayed the report of the security agents that affirmed Hon Mohammed Angulu Loko, as the winner of the chairmanship primaries before the monarch and other traditional rulers and party stalwarts as well as some stakeholders of the council.

The council chairman, therefore, banned any form of political campaign activities in the area, pending when INEC lift its embargo, adding that aside the local government party office, any other party campaign office remained shut.

Also speaking, the Ona of Abaji, Alhaji Adamu Baba Yunusa, urged both supporters of the chairmanship aspirant and the council chairman to embrace peace and prayed for more prosperity years ahead of the council election.

LG Poll: Present Credible Candidate, It is Your turn to produced The Next Executive Chairman Of Toto LG, Speaker Balarabe Tells Gadabuke Stakeholders

LG Poll: Present Credible Candidate, It is Your turn to produced The Next Executive Chairman Of Toto LG, Speaker Tells Gadabuke Stakeholders
Spread the love

LG Poll: Present Credible Candidate, It is Your turn to produced The Next Executive Chairman Of Toto LG, Speaker BalarabeTells Gadabuke Stakeholders.

The speaker, Nasarawa State House of Assembly Rt. Hon Ibrahim Balarabe Abdullahi has said that any time the state is set for the conduct of local government election, in Toto Local Government the people will go by zoning arrangement among the three zones in the area which is Toto zone, Gadabuke and Umaisha Development Areas respectively.

This the Speaker said the next chairman for Toto LG will come from Gadabuke Dev.Area for peace and political justice as according to him the outgoing chairman Prince Nuhu Adamu Dauda who is from Umaisha Dev. Area and has served for one tenure will not re contest to enable power shift and balance.

The speaker stated this while playing host to delegation from Gadabuke Development Area,  who paid him sallah Homage in Umaisha,Toto local government area.

He enjoined the people of the area to be law abiding and remain committed to constituted authorities, Saying he has no interest with any zone or any candidate and enjoined  the people of Gadabuke to unite and come out with sellable and acceptable candidate for APC when the time comes.

He added that the zoning arrangement is basically to strengthening peace, unity,development and sense of belonging among all the people of the area.

Leaders of the groups from Gadabuke Development Area, Special Adviser to Governor Abdullahi Sule, Hon. Aliyu Abdullahi Tashas and Deputy Chairman Toto Local Government, Kabiru Ibrahim said that they were in Umaisha to identify with the speaker during the sallah celebration as their political leader in the area.

They thanked the speaker for the good work he has being doing so far and urged him to sustain the spirit just as they reassured him of their support at all time.

Similarly, one of the APC Chairmanship aspirant in the last LG election in the area who hails from Toto who is nursing ambition of the seat of house of representative for Nasarawa/Toto, the State Commissioner for Health Pharm.Ahmed Baba Yahaya and the present occupant of the seat Hon Abdulmumini Ari all visited the Speaker in his country home Umaisha.

Also at Umaisha on sallah visit at the move analysts described as political lobbying ahead of elections were an APC aspirant in the last election for Toto/Gadabuke Constituency at the state assembly who is now the Special Adviser to Gov.Sule on Conflict Resolution Hon. Aliyu Abdullahi Tashas who is eying the office of Chief Executive of Toto LG and the incumbent Deputy Chairman of the council Kabiru Ibrahim who want to succeed his boss and the two hails from Gadabuke Dev. Area where the zoning favours.

Umaisha in Toto Local Government Area of Nasarawa State, the home town of the speaker of the state assembly Rt. Hon. Ibrahim Balarabe Abdullahi was like a Mecca of Such as the ancient town was agog during the sallah festival with stakeholders, groups and individuals who troupes in to identify with him.

Some of the individuals and groups who where in Umaisha to identify with the speaker during the sallah include member of the House of Representative for Nasarawa/Toto Hon. Abdulmumini Ari, Chairman Nasarawa Local Government Area Hon. Mohammed Sani Ottos, Deputy Chairman Toto local government area Kabiru Ibrahim led some cabinet Members and stakeholders, Special Adviser to Governor Sule Hon. Aliyu Abdullahi Tashas led stakeholders from Gadabuke Development Area, Barrister Labaran Magaji, APC youths and women groups, various tribal and ethnic groups within and outside Toto LG among others.

Addressing individuals and groups as they visited, the Nasarawa State Number Three Citizen described Governor Sule as a leader with great passion and zeal for Peace, Unity and speedy growth of the State hence the need for all to rally round the governor to succeed.

“The handwriting is very clear on the wall. as far as I’m concerned, in Nasarawa State we have no any other candidate to field in 2023 apart from Governor Sule.

” Every state, every country, every local area and so on, elect leaders that will give result and with the antecedence of Governor Sule especially some of us that are working closely with him know very well that his project, his dream, his thinking day and night is all about Nasarawa State”

“So what else do we want than to give him all the necessary support to succeed and transform our beloved state because if God spare our lives and by his grace A.A Sule will serve for Eight Years”. He said.

Speaker Balarabe Abdullahi emphasized that peace is priceless and the first instrument of development hence the need for all to give the Governor all the needed support in his peace and development effort to encourage more investors to the state to boost socioeconomic activities.

Speaker Balarabe Abdullahi said the state assembly under his watch will give Governor Sule maximum support and cooperation to succeed beyond every expectations just as he re-emphasized that the assembly will continue to enact laws and pass resolutions that will be of the best interest of the people of the state.

READ:  US Elections: Oyo Felicitates With Nigerian-born Democrat, Owolewa, Over His Electoral Victory In US Polls

Some leaders of the visiting groups and individuals emphasized that they where in Umaisha to Felicitate with the speaker at the sallah celebration and assured him of their support to the government of the day at all time.