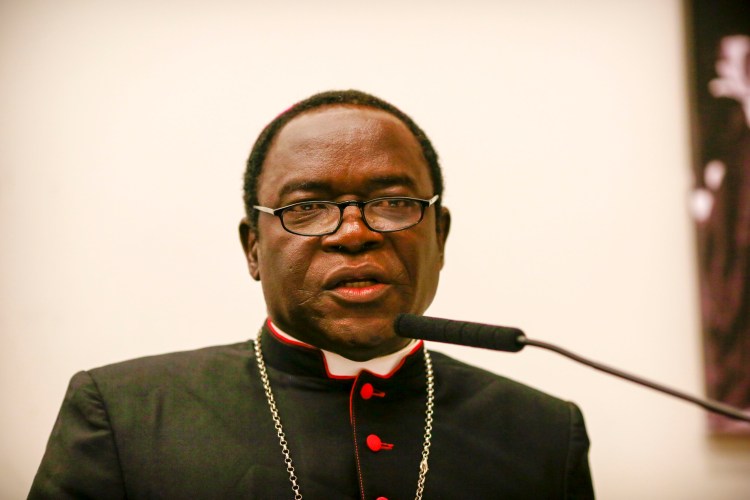 ….. Asked Nigerians To Focus On His Message, Not The Baseless Propaganda Cooked against Him.

Bishop Matthew Kukah of the Sokoto Catholic Archdiocese, has responded to attacks on him over his Christmas Day message, urging Nigerians to ignore the lie against him.

He disclosed this in a chat with newsmen on Tuesday, 29th December, and asked Nigerians to dwell on the statement he made, not on lies against him, He explained that his message, titled ‘Another Christmas with Dark Clouds of Death,’ was based on his love for the country without any political or ulterior motive.

On the attacks on him, he said he was pained that his critics had failed to see that many innocent lives were being lost on daily basis and had failed to show concern for the loss of lives in the last ten years, even before the advent of this administration.

He said: “The reactions are a reflection of every citizen that make up Nigeria. It is sad that when you drop something in Nigeria, everybody goes back to their enclave and abandons the larger picture. I am someone who never takes offence to what people say about me.

“What I said was my opinion based on evidence and what has happened in Nigeria, and if you looked into the records, there is evidence that justifies that statement, and if anyone thinks I am wrong, they should come out with a superior position.”

He described as unfair news reports that he called for a coup while expressing his personal view about Nigeria.

To those calling him to drop his priesthood cassock and join the political fray, Kukah said if he was to join politics, it would have been during the time of the late Aminu Kano and not now.

He argued that his views on governance and politics would not make him a politician, saying: “Take, for instance, brilliant Nigerian youths making comments about Chelsea or Arsenal and have never been to England, does that make them players of such club sides?”

He argued that people who called him a politician because of his comments on governance were totally ignorant of elementary politics and the role of a priest.

“Whatever I said can please or displease anyone, but that is my own. I have no problem with Muslims, Christians, or any other religion but what I don’t like is when someone is using a religious issue to play politics, it is wrong.”

Meanwhile, the COALITION of Nigerian Muslim Professionals (CNMP) and other groups had, yesterday, joined the ranks of those condemning attacks on Bishop Matthew Kukah of Sokoto Catholic Archdiocese.

The latest support for Kukah by the CNMP and others came as the cleric broke his silence on the attacks against him, tongue-lashing his attackers and accusing them of deliberately misinterpreting his message to suit their selfish pursuits.

The coalition commended Kukah for “his boldness to speak truth to power.” They faulted those who rose against him over his sermon. In the statement signed yesterday by the group’s National Coordinator, Prof. Mohammed Inuwa, the group noted that President Buhari meant well for the country, but faulted him for some actions taken by his administration against the country’s unity.

They said the country would be a great place to live if it had three persons like the Catholic bishop, saying that persons attacking the truth do so for their personal interests.

It urged the President to see the bishop’s message as a wake-up call with a view to adjusting his policies and programmes for the betterment of the country and Nigerians.

The professionals accused attackers of the bishop as doing so for pecuniary gains and not in the interest of the country. It warned against twisting the cleric’s message to mean that he called for a coup, saying the bishop was too learned to support such ignoble path to installing leadership, saying Nigerians with a conscience would not fall for the antics of those twisting the Bishop’s message.

The group said: “Even during the military era where people dreaded the powers that be at the time, Bishop Kukah, who was then a Catholic priest spoke truth to those at the helm of affairs without fear or favour. He has shown through his actions all the years that he is a true son of Nigeria in particular and Africa in general. We should support him for being bold enough to come out to speak what many Nigerians know is the truth but are afraid to speak out for fear of the leadership.”

It continued: “While we must admit that President Muhammadu Buhari means well for the nation, we must say most people in his government are grossly incompetent and don’t deserve to stay around power even in an uncivilised space.”

The group said it would not shy away from the truth even though most of the President’s actions drawing criticisms were in favour of its region.

It flayed marginalisation of the Igbo in every facet of national life, saying the development was not promoting national cohesion, which nationalists that laid down their lives for the country’s independence wanted.

“There’s nothing wrong with Bishop Kukah’s statement in the actual sense. Some regions particularly the South East have been marginalised in successive governments, and the administration of President Muhammad Buhari came and amplified it with the worst,” it added.

SOUTHERN Kaduna Peoples Union (SOKAPU) youth wing and the Evangelical Church of West Africa (ECWA), yesterday, joined the list of those declaring their support for Kukah and his sermon.

The Secretary General of ECWA, Rev Yunusa Sabo Nmadu, in a statement, said there was nothing new about what Bishop Kukah said.

“The bishop has spoken our minds and we will resist any attempt by any group or agency of government to harm him. Enough of this intimidation.”

He said effort by government to silent dissenting voices was unacceptable and must be resisted.

The cleric reinforced Kukah’s position on nepotism, saying: “as a matter of fact, Nepotism under President Buhari’s administration is topnotch. This administration has first class in nepotism and maladministration. The Federal Government must immediately take steps towards addressing those concerns raised by Bishop Kukah, rather than sponsoring fake groups to attack the revered bishop.”

He said the earlier the administration took steps to address the concerns raised by Kukah, the better for the country.

A statement issued by the group, signed by its national leader, John Isaac, lamented that despite the obvious lopsidedness in the composition of the security architecture of the country as pointed by Bishop Kukah, the Arewa Youths Consultative Forum allowed itself to be dragged into the “murky waters of tribalism, ethnic loyalty and religious bigotry, choosing to look away the realities of the North which has become a pool of blood and a yard of graves”. 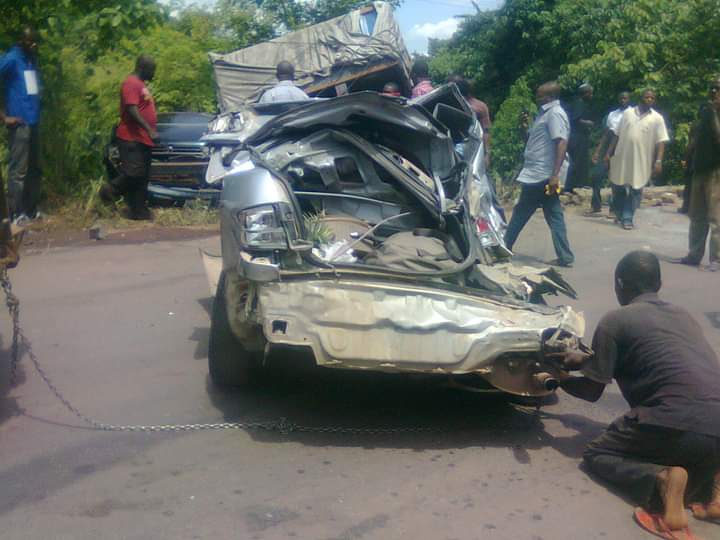 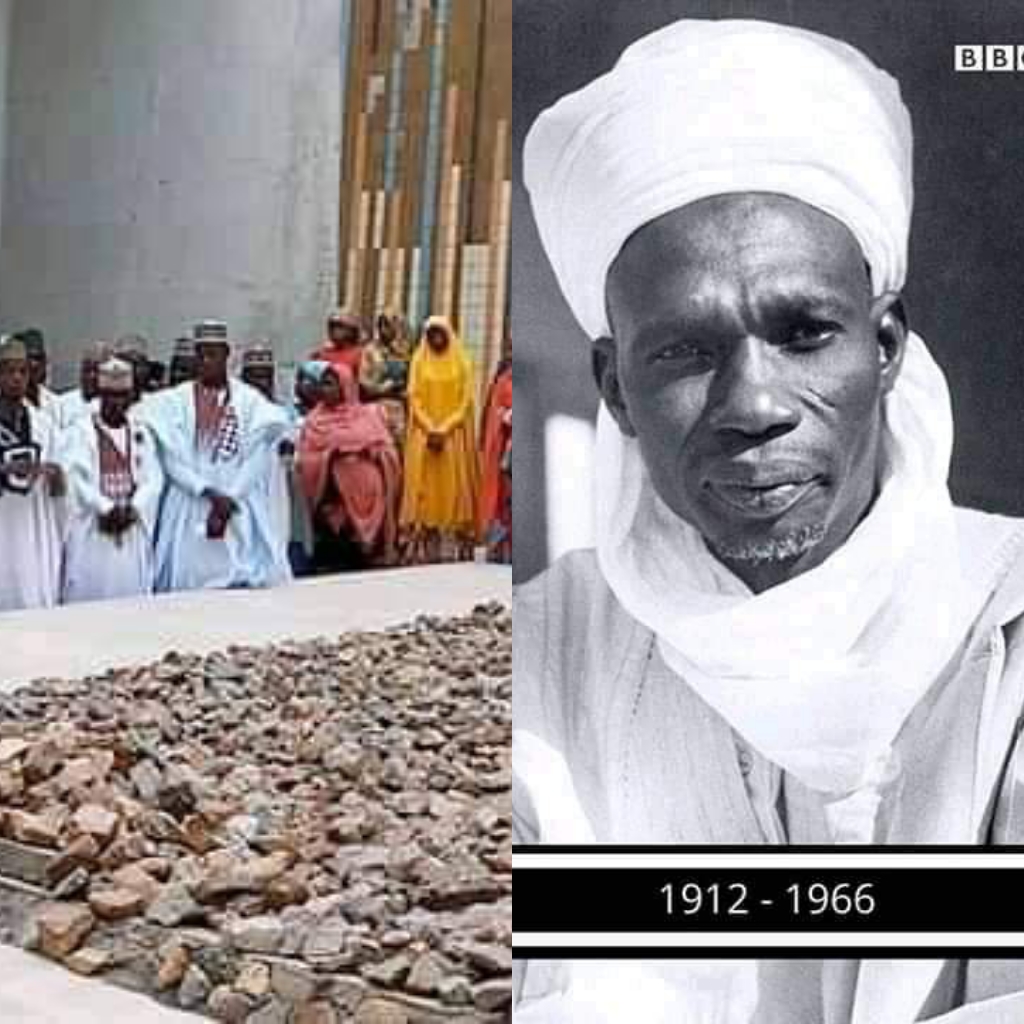 Bauchi State Government has pledged to rehabilitate the tomb of Nigeria’s first and only Prime Minister Tafawa Balewa.

Commissioner for Culture and Tourism Asma’u Giade made the commitment during the annual memorial lecture and prayers for the late prime minister organised by the state government in Bauchi on Friday.

The tomb’s complex was taken over by the National Commission for Museums and Monuments (NCMM) and converted to a national monument, jointly managed by the federal and state governments.

“The complex was neglected for decades by past governments. The present administration had set a plan to renovate the place so that it could attract more tourists from within and outside the country.

“I will not forget to also acknowledge First Bank of Nigeria Plc who declared interest to contribute toward the renovation of the tomb,” Giade said.

She added that the governor Bala Mohammed had last year declared January 15 as a day of prayers for the late Balewa, saying that the State House of Assembly had made a legislation to make the day official.

In a remark, Yakubu Balewa, the eldest son, commended the Bauchi State Government for the initiative to honour his father. 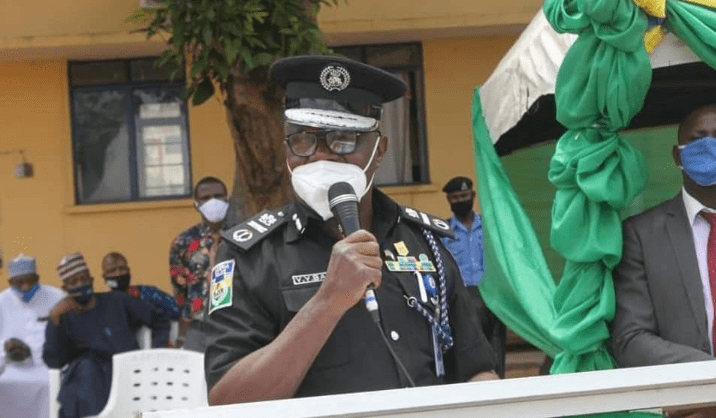 News of his death came after a newly-promoted Assistant Inspector-General of Police (AIG), Omololu Bishi, who is in charge of Police Armament, Force Headquarters Abuja, also died.

Meanwhile, Kwara State Governor, AbdulRazaq AbdulRahman, reacted to Baba’s death on Thursday night as he described him as a perfect gentleman and a dedicated officer.

The Governor commiserated with the police authorities over “the sudden death”.

“I received the news of the death of AIG Yunana Baba with shock and sadness. It is one tragedy too many.

“On behalf of the people and Government of Kwara State, I condole with the entire police family, especially the Inspector General of Police and the immediate family of the top officer, on this devastating development.

“The late officer is a fine gentleman, a patriot, and a professional cop who was very passionate about his duty to his fatherland. I recall the gallant roles the late officer played in some recent security developments in the zone,” Governor AbdulRahman stated.

He also prayed God to repose his soul and comfort his family.