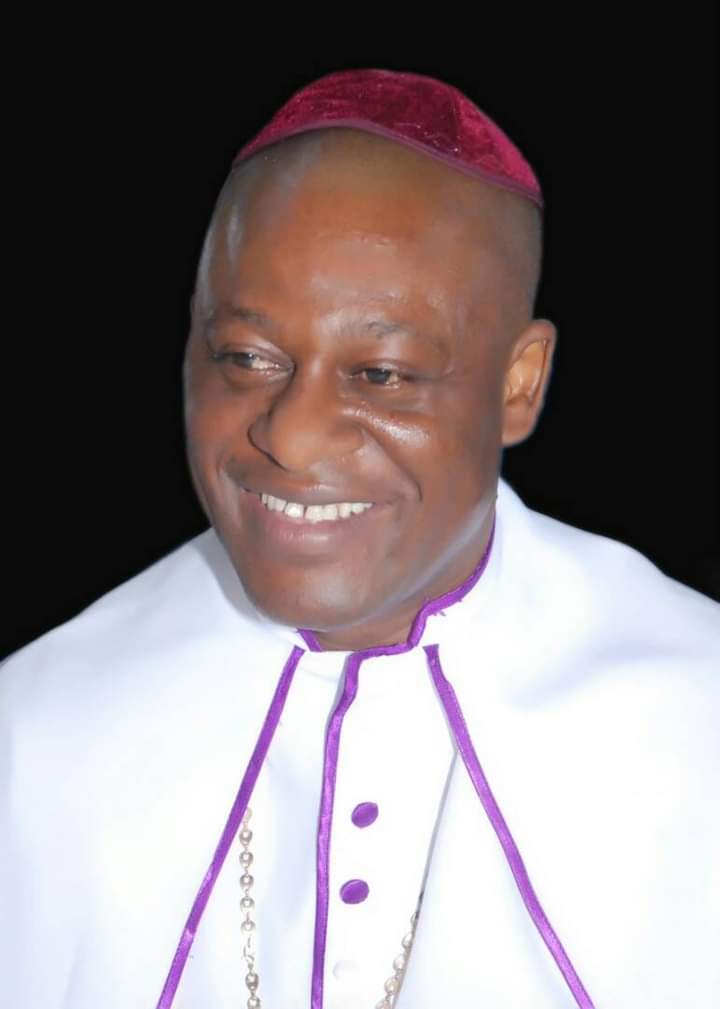 The test of a prophet lies in efficacy of what he or she says. When a prophet says something will happen and it comes to pass, the people know that such a prophet is a true man or woman of God.

Those who are conversant with the scripture will recall that when God was speaking to the Israelites on how to identify a true prophet, He said when a true prophet speaks, it comes to pass.

“When a prophet speaks in the name of the Lord, if the word does not come to pass or come true, that is a word that the Lord has not spoken; the prophet has spoken it presumptuously. You need not be afraid of him,” Deuteronomy 18:22.

Bishop Timothy Kume is one who is known to make many prophesies especially on the eve of a new year. He has once again released 100 prophesies about 2021.

Those who are conversant with Kume’s prophesies can recall that between June 11 and June 18th, 2017, he prophesied that Governor Samuel Ortom was going to cry after the 2019 elections.

He said the next Governor of Benue State was going to be a young man.

In his 76 prophesies for 2018, Bishop Kume repeated his prophesy that the Governor was going to lose the 2019 elections, according to him, he saw a new face in Government House in 2019.

He went on to claim that Governor Ortom was not doing God’s bidding in Benue State so was doomed to be disgraced out of office.

We are all witnesses to not just the victory of Governor Ortom in the 2019 elections, but the wide gap between the Governor and his closest challenger despite the forces against him including the kangaroo impeachment attempt.

Still on Bishop Kume’s 2018 prophesies, the Bishop saw Governor Ortom been flown abroad for medical treatment in 2018 as well as a plane crash at the Airforce Base Airport in Makurdi in 2018.

Bishop Kume also prophesied that Former Presidents Olusegun Obasanjo and Ibrahim Babaginda were going to mess Atiku up by giving the PDP Presidential ticket to either Tambuwal, Kwankwaso or Lamido and also give the Vice-presidential ticket to former Governor of Cross River State, Donald Duke.

These and many more of his prophesies never came to pass.

In the face of overwhelming evidence of the failure of Bishop Kume’s precious prophesies, it is clear that he is fake prophet.

No one needs to lose sleep over his latest negative prophesies as they will still all fail.

Mzer is a public affairs commentator write in from Benue State.

As Muslims the world over marks this year’s Eid-el-kabir, they have been called upon to share with others whatever Allah has blessed them with.

The immediate past Senior Special Assistant to Gov. Yahaya Bello on Political Matters, Chief Suleiman Abdulhammed AKA, Danjuma Gegu, made the call in his Eid-el-kabir felicitation message to the good people of Kogi State and the Federal Capital Territory FCT, Abuja.

Chief Danjuma Gegu, who is the Kwarbai of Abaji Kingdom FCT Abuja, said the call became necessary in view of the hardship facing the Country which was orchestrated by the Covid-19 pandemic, banditry attacks leading to displacement of homes and communities, flood disaster, amongst others.

READ:  "You Need Not To Sell-off, Dispose Your Life Saving, Assets To Pay For Hajj". - NAHCON Tells Intending Pilgrimage

The MARAFAH of Igbogo kingdom, noted that there was need to also remember the poor, the less privileged, orphans, widows and widowers in a season as this, stressing that such act will be rewarded by Allah as sacrifice just as Prophet Ibrahim (A.S) did.

The Philanthropist, who is also
the Dan-Isan of Koton-Karfe, congratulated Muslims on the celebration of the 2021 Eid-el-kabir, pointing out that the season was worth celebrating in view of the great sacrifice Ibrahim was willing to render.

The Ongyehu Orgbane of Gegu Beki Kingdom, urged Muslims to always reflect on the significance of Eid-el-kabir which he noted will go a long way at helping them align themselves with Allah’s will.

Engineer Abdulhameed particularly congratulated Kogites for witnessing yet another Eid-el-kabir festival, charging them to sustain their prayers for leaders in authority to enable them succeed.

The humanitarian per excellence, business mugul and former Board Member, Kogi State Hajj Commission, whose contributions to societal development have been recognized by traditional rulers through various chieftaincy titles conferred on him, prayed Allah to grant the wishes of Muslim Ummah and also help Nigeria overcome its currents challenges.

Alhaji Danjuma Gegu also used the season to pray for the souls of departed relatives, asking Allah to grant them aljana fidausi.

The Founder of Household of Mercy and Deliverance ministry, Dr. Gideon Isah has expressed dissatisfaction over the negligence and ignorance of Nigerian pastors who are bent on going against what they preach on the pulpit, instead of following the teaching and doctrine of the Lord Jesus Christ, which mostly emphasize on forgiveness.

The pastor took to his Facebook page, lambasted Nigerian Prophets and Daddy G.Os who are usually quick to involve in issues without relevance or importance but have refused to sympathize with the family of Late T.B Joshua who honored the glorious call of the Lord on the 5th of June 2021.

His death has thrown people within and outside Nigeria in shock while, Israelite representatives, dignitaries across the globe keep sending heartfelt messages, and condolences, Some pastors in Nigeria have refused to sympathize with the family, Stating that they can’t mourn T.B Joshua’s demise.

According to the Pastor, He had accompanied his spiritual father Prophet Jeremiah Omoto Fufeyi, together with his covenant brothers Dr. Chris Okafor and Bro Joshua Iginla, while on a condolence visit to the church to honor and pay last reverence to the deceased, hoping to see condolence messages from Nigerian Daddy G.Os, but couldn’t see, which he tagged as the highest evil a man can commit.

READ:  "You Need Not To Sell-off, Dispose Your Life Saving, Assets To Pay For Hajj". - NAHCON Tells Intending Pilgrimage

” I looked around, and not even a condolence message from our Big Daddy G.Os in Nigeria that their messages are always about holiness and forgiveness, Oh what is his of offense that you can’t forgive him even in Death? ”

” I taught it was against social media, to have such on their news platform as it’s not part of their doctrine maybe, I stayed glued to my Television today to watch closely how our big Daddies will come to console his wife, children, and the church but I found None,” he said

He further stated this has shown that there is a disparity in the Christian religion, urging the people and members of the church to emulate the good virtue of Late T.B Joshua who lived a fulfilled life in the services of humanity.

Men have been called upon to always take responsibility as expected of them at every point.

The Pastor in Charge of the Christ Apostolic Church (CAC) Mercy District Gadumo, Lokoja Kogi State, Pst. Samuel Oluwafemi Ajinuhi, made the call at the 2021 Men’s Anniversary of the Church at the State Capital.

Pst. Ajinuhi said the call became necessary following the decadence experienced in some families today, where fathers leaves responsibility for the wife to shoulder.

The Clegyman noted that women are meant to be help meet as enshrined in the Holy Bible, stressing that neglecting one’s position as the head of a home was not part of the original plan.

“Men are leaders and God has given them that leadership responsibility

He said religious leaders, educational institutions, elders, opinion moulders, NGO’s among others has roles to play at teaching the young men to take responsibilities as they grow to adulthood.

Addressing youg men in the Church, Pst. Ajinuhi, who is also the Chairman, Kogi State Christian Pilgrim Commission, pointed out that “marriage is responsibility, commitment, forgiveness, providing for your family,

“humility, living the life of Christ and ensuring your children are in tune with God’s will

“Its not just about feelings, it goes beyond that, so while your are nurturing feelings, be awake to responsibilities as well”

Pst. Ajinuhi also enjoined women to have good understanding with their spouse, saying there will always be storms but with understanding, they will scale through.

The service featured Word, Song Ministrations and Advice to men.