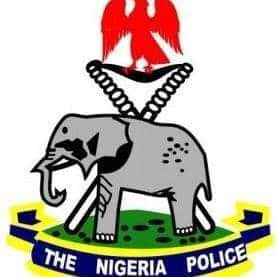 ….. It is a “pure political blackmail” Abudu Balogun Says.

Serious indication have emerged with the Ogun State Police command launching an investigation into sexual harassment preferred against the Commissioner for Environment in the State, Hon. Abiodun  Abudu Balogun.

Globaltimesnigeria.com report that the OPolice Command, through its Public Relations Officer, Abimbola Oyeyemi, while reacting to the viral video, said investigation has commenced in respect of it, adding that the Area Commander for Ogbere Police Area Command, is conducting the investigation.

Abimbola, a Deputy Superintendent of Police (DSP), stressed that the outcome would be made known to the public at the appropriate time when it is concluded.

A teenage girl, who identified herself as Melojuekun Barakat Mayowa, had in a viral video alleged that Hon. Abiodun Abudu – Balogun sexually harassed her when she visited him looking for employment.

In the viral video, the girl further claimed that the former Reps member fondled with her breasts.

But the commissioner, Abudu-Balogun, has refuted the allegations, saying it is a “pure political blackmail” concocted by his political “adversaries.”

Reacting to the allegation, in a statement yesterday, he said the matter is already being treated by the Police and his legal team, pleading with his supporters and associates to remain calm and not engage anyone on the said issue.

He said: “My attention has been drawn to a purported video circulating on social media of a girl alleging that I attempted to sexually harass her. Let it be noted that in my entire life and political career, I have assisted many youths to secure jobs; some are working with me in my different businesses.

“On this said day, the girl was brought to my house by one of my loyalists who is her uncle, to assist her get a job as a Computer Operator at the ICT Centre I facilitated while I was serving as a member of the House of Representatives years back which has been moribund but I am about to rehabilitate in order to empower more youths in our local government.

“I met her at my sitting room for a few minutes where many of my loyalists are, people that came to visit me for the New Year. I chatted with the lady for a few minutes and as part of my usual gesture, I gave her some amount of money for her transportation.

A day after, I was informed by some people that I have been alleged to have attempted to sexually harass the girl and I should invite the family for a meeting so as to settle the matter amicably. It was after my refusal to yield to their threats that they went ahead to make a tele-guided video leading the lady on what to say to implicate me.

This is purely a political blackmail by my adversaries.

“Let me state emphatically that I never attempted to sexually harass anyone,” he said.

READ:  “It Is Time To Restructure Nigeria”, Says El-rufai