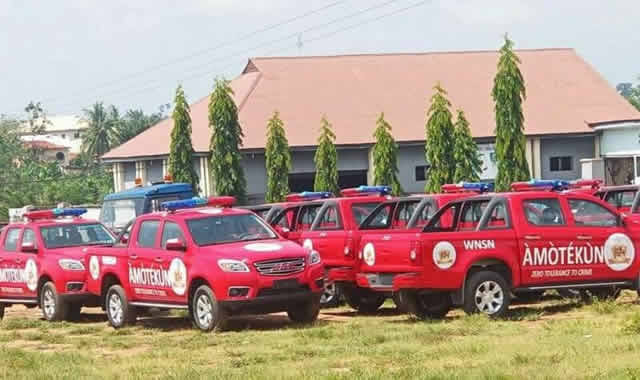 There was confusion in the ancient town of Oyo, as an operative of the Oyo State Security Network Agency otherwise known as Amotekun shot a policeman, Fatai Yekini.

Globaltimesnigeria.com gathered that the Amotekun officer identified as Ibrahim Ogundele, opened fire on one of the policemen immediately they arrived at a carnival to dislodge attendees.

The incident was said to have happened around 3 pm on Saturday around Sanga area of Oyo town, after which the operative was promptly arrested and has been put in police custody while the injured cop is said to be receiving treatment in hospital.

The Police Public Relations Officer in the state, Mr Olugbenga Fadeyi, confirmed the incident when contacted.

He said, “This happened when police personnel at Ojongbodu Division, Oyo were responding to calls to dislodge recalcitrant youths staging carnival after several warnings that such should not be staged.

“The Amotekun personnel has since been arrested and currently being investigated at Ojongbodu Police station.” 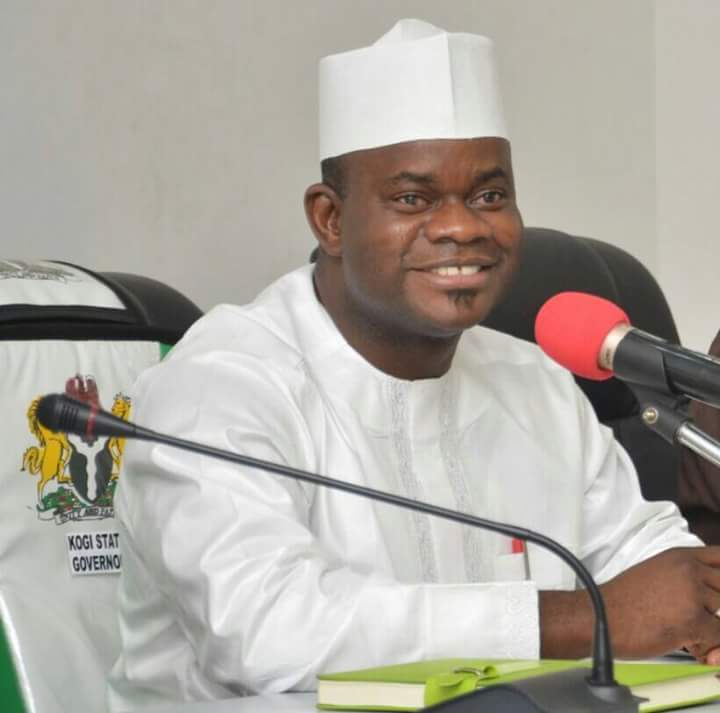 Part of effort to sustained onslaught against criminalities, Kogi State Government has indicated interest to collaborate necessarily with genuine multilateral corporate agencies to further solidified the security architecture of the State.

He emphasized that as a state which has joined committee of digital economy it is imperative to adopt digital technology to address any form of insecurity.

Commander Omadara stressed that Foreign investors will be interested to put in their resources on Ajaokuta industrial master plan , Lokoja tourist layout, Osara main city farm, Alape staple crop zone, and Dekina free trade zone if the security of the investors are secured.

Also speaking, the State chairman of Security Trust Fund, Alhaji Samari Teina Abdulmalik explained that the State will benefit from the adoption of technological device in fighting crimes

He stated that the technical and surveillance intelligence platform being advocated for by Hytera company from China would only enhance and improve on the existing security architecture of the State.

Alhaji Samari revealed that when the security personnel are equipped with body camp they Will be monitored from the control room and detect any security lapses.

He explained that his recent official working visit to Etopian
Country has enable him to be acquainted with the knowledge of the usefulness of the deployment of the technological device to combat crimes in the State if adopted for the State.

In his contribution, the Special Adviser to the Governor on Economic, investment and finance, Mr. Isiaka Abdulkerim informed that digitising the security architecture will help to solidified the monumental achievement of the Governor at all spheres of development.

He said the harmonisation of the state’s government position with Hytera Company will help to bring investment and sustained the legacies of the present administration as well as outlived the present generation.

Mr. Isiaka stated that in the last five months investors have shown interest in bringing their resources stating that the State required development that is security driven.

He maintained that Governor Yahaya Bello administration vision to actualised the take off of Ajaokuta master plan, Alape staple crop zone, Osara main city farm, Lokoja tourist zone and Dekina free trade zone could only materialise if investors are assured of their security and protection of their property.

Leader of the Chinese Team, Donatus Onoja told the State Government team that the state will be the first in the country to enjoy modern security Technology if it adopted the approach.

According to him, around the globe the first driving point of industrial revolution is secured environment that will be stimulate business activities.

Mr. Donatus commended the State Governor, Alhaji Yahaya Bello for his administration’s giant strides in the security which has encourage investors to participate in the economic development of the State. 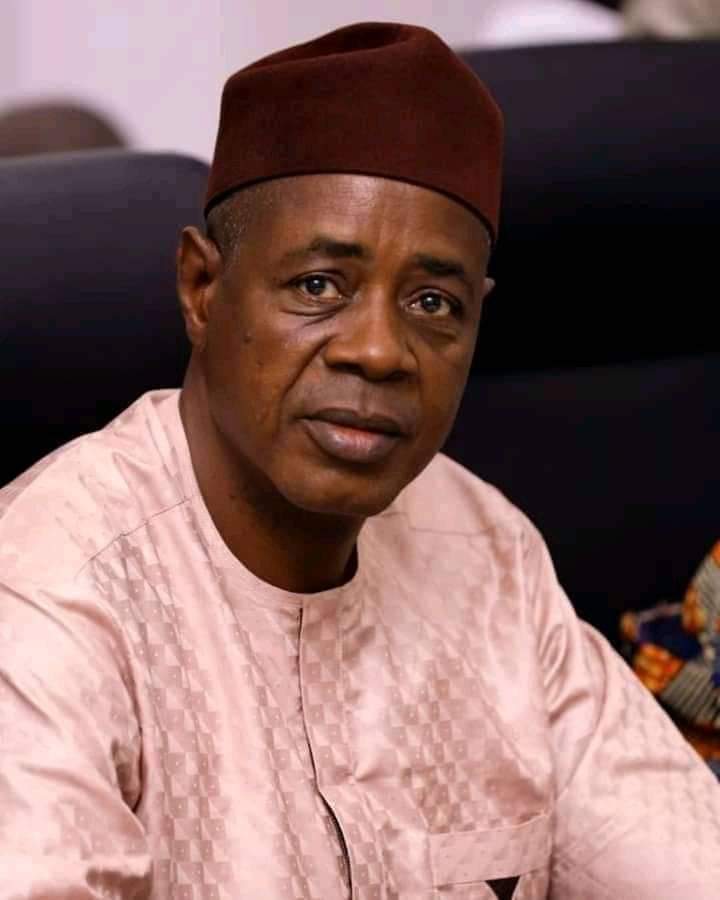 As part of measures aimed at tackling insecurity, Kogi state government has commenced registration of all commercial transport vehicles including motorcycles and tricycles operating in the state.

The Special Adviser to Governor Yahaya Bello on Security, Commander Jerry Omodara (Rtd), disclosed this on Monday in Lokoja at the commencement of the registration exercise holding at the Lokoja Township Stadium.

Commander Omodara stated that the registration exercise became imperative to have a data base for all commercial transport operators in order to checkmate crimes and criminalities among the populace as part of the policy formulation of the state.

The Special Adviser pointed out that Kogi state government is ever ready to prevent influx of bad elements using means of transportation to wreck havoc on the innocent citizens.

While the exercise is intended to improve on security of the state, it will equally boost the revenue drive of the government and also serve as security to the operators and their vehicles to curb theft and other criminal activities

“We have involved all the critical stakeholders especially the transport unions to ensure success of the exercise. It is for their own benefit, it is for the benefit of people of Kogi state and the benefit of the state government to have good security in the state” , he noted.

On Social intervention programmes, the Security Adviser noted that the data base may be used for State Health Insurance Scheme to help the operators, stressing that the exercise would also help in the internally generated revenue.

Also Speaking the Chairman of
Kogi State Internal Revenue Service KGIRS Mr. Yusuf Abubarkar corroborated the Special Adviser on Security, stressing the necessity of having the data base of the transporters operating within the confine of Kogi state for security purpose.

He added that the exercise will be spread across the 21 local government areas of the state, stressing that every operator within Kogi State must be registered.

The revenue board Chairman explained that though the exercise is free for all for the next two weeks, late registration will attract some levies.

According to the officials, over 5,000 motorcycles in Lokoja , the state capital, are expected to register, adding that those who failed to comply will be made to face stringent sanctions.

Part of ongoing efforts to rid Koton-Karfe area of crime, the acting Chairperson of Koton-Karfe, Kogi local government area, Hon. Hussanat Jezhi Bako has on monday played host to some local security outfits comprise of vigilante and hunter groups in the area who paid her familiarization visit.

Jezhi Bako while receiving her august visitors recall how the local has collectively work in synergy towards securing the area from men of underworld whose past activities led to series attacks and kidnap on the most busy Lokoja/Abuja road.

In a press statement issued on Monday by Sa’ad Babankudi, Senior Special Assistant on Media and Publicity to the Acting Chairperson, noting that the visit was to familiarize with new chief security officer of the council.

The statement added that the chairperson had prioritize security of lives and properties which was cardinal principle of present administration of His Excellency, Alhaji Yahaya Adoza Bello, Executive Governor of Kogi State.

The Chairperson while thanking them for a job well done, pointing out that security should be everybody’s business irrespective of religion, class, political status and tribe hence to sacrifice for the peace of the land. She stated.

The hunters congratulated the new Chairperson and promised to continue to work and serve diligently.