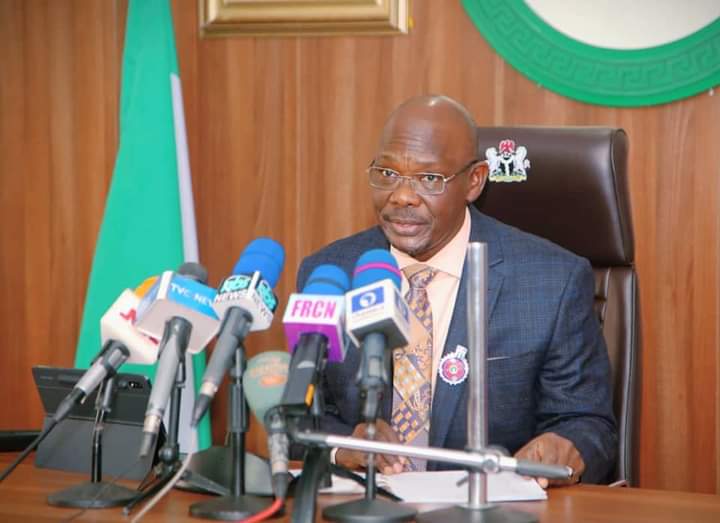 Engineer Abdullahi Sule made this known during a meeting involving all the chairmen of 13 LGAs, Director General, Nasarawa State Pension Board, Alhaji Sani Abdullahi Oseze, as well as leaders of the local government pension union, held at the Government House, Lafia, on Monday.

The agenda of the meeting were the return of Covid-19 infection, which the state recorded about 50 cases of the dreaded virus as at Sunday, which is the highest since the outbreak of the pandemic, the issue of non payment of pension to retired LG workers and the forthcoming local government election.

Worried by the inability for the councils in the state to pay local government pensioners their monthly pensions, for about three or four months, Engineer Sule announced that he is ready to redeem his earlier pledge to assist the LGAs from the second tranch of SIFTAS funds, so that they can pay at least one month.

The meeting, according to the Governor, will map out modalities for the payment of the one month arrears to the pensioners.

While showing appreciation to the council chairmen, for working hard to sustain not only peace in the state, but also according maximum cooperation and support to the state Deputy Governor, Dr. Emmanuel Akabe, while Engineer Sule was away on vacation to the United States, the Governor explained that the meeting with the council chairmen has become necessary in order for the participants to deliberate on the way forward regarding the scheduled council election.

Engineer Sule used the opportunity to assure the council chairmen that he has nothing against any one of them, stressing that his call for the ruling party to ensure that only competent persons secure the ticket of the party in the forthcoming council poll, is only predicated on his sincere desire to move the state ahead and to be less dependent on monthly subvention.

According to the Governor, the LG election is expected to hold February 2021 but there is need for him to meet with the council chairmen regarding the issue of funds to be used in conducting the election.

Engineer Sule equally used the opportunity to call on the people of the state to renew their commitment at observing all protocols put in place to curb the spread of COVID-19.

He warned that the pandemic is still active, with even more people testing positive across the state.