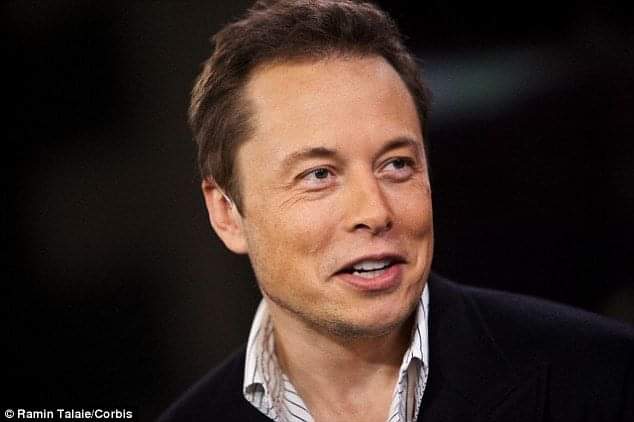 Entrepreneur has added $165.5 billion of wealth in past year

He surpassed Amazon’s Bezos, who’s held the spot since 2017

A statement that seemed outlandish one year ago became plausible, then almost inevitable as Tesla Inc.’s share price climbed higher and higher in 2020.

On Thursday it finally happened. The electric-automaker’s shares surged 7.9%, boosting Musk past Amazon.com Inc. founder Jeff Bezos on the Bloomberg Billionaires Index, a ranking of the world’s 500 wealthiest people. Musk is worth $194.8 billion, or $9.5 billion more than Bezos, whose Blue Origin is a rival to Musk’s Space Exploration Technologies Ltd., or SpaceX, in the private space race.

Tesla’s ascent thrusts its brash founder into a role occupied by only a handful of other people in recent decades and underscores the dramatic stock moves that have upended the global wealth rankings of late.

No one has seen a more dramatic shift than Musk. Over the past year the South Africa-born engineer has added more than $165 billion to his fortune in what’s probably the fastest bout of wealth creation in history. Fueling his rise was an unprecedented rally in Tesla’s share price, which surged 743% last year on the back of consistent profits, inclusion in the S&P 500 Index and enthusiasm from Wall Street and retail investors alike. The shares have gained more than 23,900% since its 2010 initial public offering, including a 5-for-1 stock split last year.

The jump in Tesla’s stock price further inflates a valuation light-years apart from other automakers on numerous metrics. Tesla produced just over half-a-million cars last year, a fraction of the output of Ford Motor Co. and General Motors Co.

Its market value of $773.5 billion is bigger than that of Facebook Inc. Larry Ellison’s 2% stake in Tesla alone would be enough to place the Oracle Corp. founder among the world’s 175 richest people (including his Oracle shares he’s ranked 10th).

Musk’s rise is even more astonishing given his dust-ups and gaffes in recent years, typically exacerbated by his spontaneous tweets. In 2018 he agreed to pay a $20 million fine to the Securities and Exchange Commission and step down as chairman of Tesla after tweeting a notion to take the company private at $420 a share, with “funding secured” — something he never did.

On several occasions Musk has bemoaned being “cash poor.” The vast majority of his net worth is tied up in equity of his companies, including Tesla — which pays no dividends — and closely held SpaceX and the Boring Company, a tunneling venture. Yet he’s professed to have little interest in the material trappings of wealth.

He tweeted last year he intended to sell “almost all” his physical possessions and he told German publisher Axel Springer in a December interview that the main purpose of his wealth is to accelerate humanity’s evolution into a spacefaring civilization.

After reports of his new status were published Thursday, Musk tweeted “How strange,” then added “Well, back to work.”

Still, he’s gotten on board with at least one trend among the super-rich. He confirmed last month he’d personally relocated from California to Texas, a state that has gained new popularity among the wealthy for levying zero income tax.

Even with Tesla’s remarkable rise, Bezos would still hold a wide lead over Musk had it not been for his divorce, which saw him transfer a quarter of the family Amazon stake to his ex-wife, MacKenzie Scott, and his philanthropy. He donated shares worth about $680 million in November.

In his message to commemorate the 2021 Eid-El-Fitr, His Excellency, Dr Sama’ila Yombe Dabai mni (Tambarin Zuru), the Deputy Governor of Kebbi State has charged Muslim faithfuls around the globe on peaceful co-existence and implore the virtues of Holy Month of Ramadan and beyond.

While fielding questions from journalists after Eid El Fitr prayers on Thursday, Dr. Samaila Yombe Dabai used the medium to commend the efforts and leadership of President Muhammadu Buhari and Governor Bagudu of Kebbi state respectively.

The Deputy Governor further extended warm appreciations to Royal fathers of Kebbi State for their regular support to the policies and programs of the State Government.

On insecurity situation in the State with emphasis on Kebbi South, Sama’ila Yombe Dabai stressed that Governor Abubakar Atiku Bagudu will not relent on the efforts of the State Government toward sustaining the peace while using the medium to call on bad elements launching attacks on the innocent citizens to either stop or face full wrath of the law.

The Deputy Governor prayed for the repose of all departed souls while renewing his call to see the prime purpose of life here on Earth and hereafter.

Recognition will always come to the diligent and the selfless. Sometimes, it comes from outside one’s community or from within, as is the case with Dr Isah Salifu.

Dr Salifu, ECOBANK zonal manager, was yesterday  conferred with the traditional title of Omachi Ejeh of Dekina. To some, it may just be a title. But to the Igalas, it holds a lot of importance.  Its meaning is Gifted Child. The title was conferred by no other than the Ejeh of Dekina and acting Chairman, Igala Area Traditional Council Dr Usman Obaje.

READ:  How Outgoing Leaders Should Search For Successors, Kashim Shettima

The monarch emphasized that the Zonal Ecobank manager Dr Isah Salifu  deserved the title for his unprecedented positive contribution to the development of Igala Kingdom and Dekina in particular.

READ:  Comr. Ndazhaga Felicitates With Barr. Tanko On His Appointment As Chairman State Civil Service Commission, Says Its A Well-deserved

The Monarchs who graced the auspicious occasion include His Royal Highnesses, Ogohi of Anyigba, Alhaji Shaibu Okolo, Oyeigba of Mozum, and others.

The recipient of the prestigious award, Dr Salihu, stressed that the Ejeh had demonstrated his passion and commitment to a united and egalitarian Society, “I am appreciative of the recognition of my contributions to nation building and I pledge my continued loyalty to Ejeh in  Council, Igala traditional institution Kogi State and Nigeria at large.”

Dr Isah said “The honour is timely and encouraging, insisting that the honour would encourage him to sustain his good works.”

The State Coordinator of the Group, Mr. Chinga Emmanuel made the remark during a meeting of the Group in Lokoja, the State Capital.

Mr. Chinga pointed out that since Governor Yahaya Bello assumed Office, alot of transformation has taken place in the State, ranging from rural electrification, road construction, appointment of youths into positions, among others.

READ:  Comr. Ndazhaga Felicitates With Barr. Tanko On His Appointment As Chairman State Civil Service Commission, Says Its A Well-deserved

The State Coordinator noted that Nigeria today, is yearning for change of leadership, stressing that Governor Bello represents the youthful mind the Country needs, assuring that if elected as President in the coming Presidential election, a lot of positive changes will be witnessed in Nigeria.

Mr. Chinga expressed optimism that the issue of insecurity facing Nigeria will become a thing of the past with Governor Bello leading the Country, assuring that the Group will not relent efforts at promoting the activities of the Governor to the the outer world and ensure his success at the Presidential polls.

He explained that few weeks after the inauguration of executives of Kogi State of the Group, over 3,000 members have been added to the Group, calling on all Kogites within and outside the State to join the movement.

Mr. Emmanuel stressed that the Group will continue to mobilize youths across the 21 Local Government Areas of the State to join the project, adding that Governor Yahaya Bello’s believe in the youths’ ability to deliver is second to none.