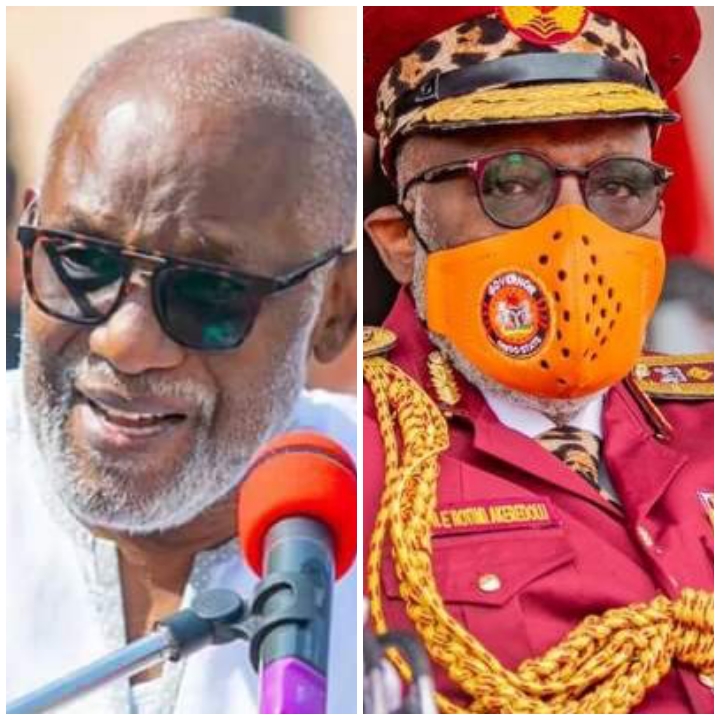 In a bid to guarantee peace and socio-economic development in the State, the Governor has deployed more manpower into the security outfit to compliment government effort.

Confirming the development, Adetunji Adeleye, commander of the corps in the state, stated in an interview with newsmen on Friday.

“The governor has ordered massive recruitment to the corps. The recruitment is free. You can download the form on our website,” Adeleye said.

Donald Ojogo, commissioner for information, also confirmed reports of the recruitment in a text message to TheCable.

“We have not repudiated the story,” he said.

On Monday, Akeredolu had ordered herders to vacate the forest reserves over rising insecurity in the state

He had said “bad elements” have turned the forest reserves into hideouts for keeping victims of kidnapping, negotiating ransom and carrying out other criminal activities.

The governor’s directive had sparked different reactions, with Garba Shehu, presidential spokesman, saying the governor could not unilaterally oust thousands of herders “who have lived all their lives in the state”.

The Northern Elders’ Forum (NEF) had asked herders to disregard the governor’s directive. 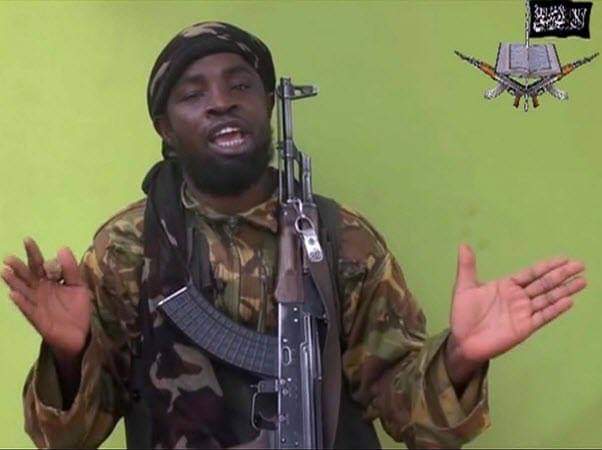 Impeccable sources who confirmed the incidence, said Okocha, known to be an indigene of Gamboru, was shot and killed alongside four other jihadist at a fortified headquarters of ISWAP – a location given as “Arinna Sorro”.  OKocha and his armed companions are said to have been wrongly identified by the ISWAP special treetop snipers as an approaching enemy from the Abubakar Shekau JAS faction.

Most JAS fighters were chased out of ISWAP strong holds. ISWAP created fortified camps where nobody was allowed to have without permission.

Other sources have attributed his death to the panic and apprehensiveness generated by the ongoing onward offensive by the Nigerian Military under Operations TURA TAKAI BANGO.

The highly fortified Jihadist location serves as an Armoury depot and hideouts for top ISWAP militant commanders including foreign ISIS mercenaries who often visit from Mali and other neighbouring states – these camps can only be accessed freely by approved persons.

The assassination of the notorious war lord has thrown the ISWAP families into dreadful mourning and further diminished their leadership fighting morale.

Sources familiar with the activities of Boko Haram ISWAP terrorist, disclosed that the Insurgents have recorded increasing inter factional clashes between Boko Haram JAS, ISIS backed ISWAP factions and the Al-Qaida wiyalats within the past two months.

A situation made severe by the continuation of the week-long highly-intensified offensive operations by troops of Operation Tura Takai Bango – an operation targeted at completely eliminating Boko Haram ISWAP terrorists in their strong holds in Sambisa forest, Mandara mountains, Timbuktu triangle and lake Chad basin tunbûns. These relentless operations have pushed jihadist factional fighters and their families to migrate to other safer parts of North East of Lake Chad to seek refuge.

These forced displacements caused by fleeing jihadist has generated to a push back by other ISWAP jihadist factions following the banning of Abubakar Shekau in 2020 by the ISIS Shura Council.

Boko Haram and ISWAP continue to maintain an extensive operational network with local organised crime groups and other Al-Qaida and ISIS groups (JNIM and ISGS) in the triangle of Liptako Gourma (Sahel), Libya (AZWAJ) and Al-Shabaab in Somalia.

With ongoing concerted efforts to maintain and sustain peaceful coexistence in the territory, FCT Minister of State, Dr. Ramatu Tijjani Aliyu, has warned that the Federal Capital Territory Administration would not spare any traditional ruler aiding and abetting criminality in his domain.

The minister in a statement Tuesday, in Abuja by Austine Elemue, S.A Media To FCT Minister of State said she made the disclosure during an emergency meeting of all the graded chiefs in the territory, also confirmed the security report recommending the suspension of  the chief of Anagada, Malam Alhassan Musa, in Gwagwalada Area Council.

Aliyu, who expressed confidence in the traditional institution, however, stated that with the recent insecurity challenges in some parts of the territory, the graded chiefs should be in constant touch with the village heads.

She, however, assured that the FCT Administration would soon embark on “operation know your neighbour, stay safe, and stay alive”, stressing that such move would enable the administration to profile total strangers who do not have any business staying in the nation’s.

“Regrettably, we are starting this gathering with security report indicting one of the royal fathers in Gwagwalada Area Council. I don’t know how it will end, but we must begin to look closely at ourselves or activities.

“Royal stools are now being bastardised by some traditional rulers. The security agencies in their reports indicted one of you and we tried as much as possible to see how we can get to the bottom of the matter. Unfortunately, it was overruled because the report is not ours, it came from one of the security agencies. Therefore, we are not in a position to look into his case.

“It is not in our character, no matter the level of poverty to betray the trust bestowed on you as a traditional ruler and the custodian of our traditions. This will not be acceptable in the seat of government where Mr. President is the Governor General.

“Go and and discuss with your various village heads and give them a sound warning that those found wanting will not be spared. And no one has the right to accommodate total strangers or group of people especially now that we are facing challenges of insecurity.

READ:  Nigerian IG Of Police, Adamu Advises Officers To Use Their Firearms To Protect Themselves

Responding on behalf of the graded chiefs, the chairman of FCT traditional council of chiefs and the Ona of Abaji, HRM. Alhaji Adamu Baba Yunusa, assured the minister that her message would be handed down to the village heads.

The royal father also used the opportunity to appeal to the authorities concern to do anything possible with a view to filling the gaps in some chiefdoms. 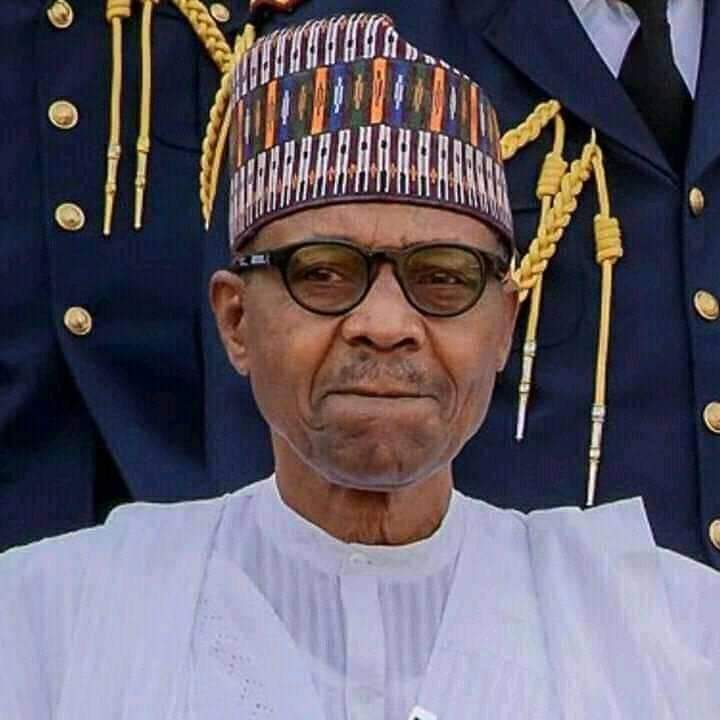 The Miyetti Allah Cattle Breeder’s Association of Nigeria (MACBAN) has advised the Federal Government to allow every Nigerian bear firearms to protect themselves considering the security challenges in the country.

The association made the call while reacting to a comment by Bauchi Governor, Sen. Bala Mohammed, that herdsmen are only carrying firearms for self- defense.

Gov Mohammed had drawn heavy criticism after defending the right of herders to go about with AK-47 to defend themselves against cattle rustlers.

Bauchi chairman of MACBAN, Alhaji Sadiq Ibrahim Ahmed, told The Nation on Sunday there is nothing wrong with the Governor’s stand since he didn’t say herdsmen should go and cause chaos with it.

According to him, since the Federal government can no longer protect citizens, it’s better for every citizen to protect themselves from bandits.

He said” ”The government has become irresponsible. That is why a Fulani man has become an outcast in his own country.

“All his wealth has been crippled to activities of cattle rustlers. What do you expect him to do?

He added: ”Though in a normal situation nobody should be allowed to carry arms except those that are legalised to do so but if the Federal government had taken the responsibility of protecting lives of citizens serious, no one would dare have reason to carry arms.

“You need to ask yourself is the government doing enough to protect the lives of herdsmen.

“I won’t fault Governor Bala Mohammed for the statement, he is very right. After all he did not say herdsmen should go and cause chaos.

“No one faulted Benue Governor, Ortom when he said herdsmen should leave his state. So why are they criticising Bauchi governor?”