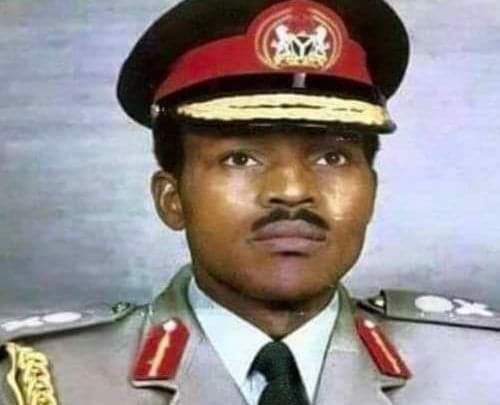 Since the returned of democracy dispensation in the country in 1999 the Federal Government has done very little to curb the state of rapid increase in the numbers of state and local security outfits established.

The federal government watched it without foreseeing it is going to be like a timed bomb waiting to explode.

“We have witnessed the proliferations of such security outfits like the Oodua Peoples Congress (OPC), Indigenous People of Biafra and now the Western Nigeria Security Network (WNSN), codenamed Operation Amotekun all base on sectional organization especially in the southern part of the country.”

Due to the reasons best known to it, the Federal Government has done nothing to stop this potential danger without the considering the senseless killings and arsons perpetrated by the Oodua Peoples Congress (OPC) in 2002 when clashes engulfed between OPC and other ethnic nationalities especially the Hausas living in the South West.

One may recall that at the inception of the Amotekun security outfit the Chairman of the South West Governors Forum, Rotimi Akeredolu, said there is no going back on the operation of the regional security agency, Amotekun, which they are prepared to pursue to its logical conclusion and emphasised that the governors of the region were committed to improve security and are particularly keen to address the rising wave of banditry, kidnapping and farmers and herders’ clashes.

Really, Governor Akeredolu matched his words with action by asking all Fulani herdsmen in the State to vacate forest reserves within the state in seven days as the governor issued the ultimatum while meeting with the leaders of Hausa/Fulani and Ebira Communities in the state. Indeed, the eviction notice to Fulani communities offered a different dimension to the security challenges.

One of the misfortunes we afflicted with in this country is that our rulers show lack of concern to diversity, every other thing fails and it seem our rulers always mismanage the delicate ethnic and religious balances on which Nigeria pivots.

Let the nation leaders provide leadership by taking measures that will reassure all and sundry that they are working on the problems and that nobody should lose interest in a united, peaceful, and progressive Nigeria. While in any civilise society leadership must be responsive to diversity. It is the rudimentary ingredient to fostering unity among variegated people.

How the country come to this stage is squarely failure of the federal government to take proactive measures to address security issues in the country this has given rise to non-state actors like local village hunte, Sunday Igboho have a gut to issued a evictions to other Nigerians. What question left unanswered was it’s the Palace of Seriki Fulani, Alhaji Saliu Abadulkadir and other houses in the town including expensive cars were razed by angry youths, is this justifiable and does he and other victims also live in the forests.?

Insecurity by itself is bad enough. When those in authority allow it to be layered with ethnic tensions, it is doubly dangerous. Rwanda is the clear experience. Section 43 of the Constitution, which grants people the right to own properties anywhere in Nigeria, cannot be construed as taking other people’s properties.

Almost every states in the North facing serious security challenges and Governor Sule of Nasarawa said Boko Haram is regrouping in his state this is a clear indication that the collapse of security system is all over the country and in all this, there are no actionable responses of the federal government.

There are many scenarios running through peoples head, but this particular one scares peoples a lot.

As the notice expired, Amotekun launched offensives to evict their target, Funalis.

A stage is being set for a major confrontation between the Federal Government, herdsmen and the South West States.

Let Rotimi Akeredolu, regional security agency, Amotekun, read the constitution properly. What they are doing is a forceful eviction of Fulani herdsmen and is unconstitutional.

The deafening support by key stakeholders in the South West States is worrisome. This supporting Amotekun is a dangerous tell-tale sign that things are wrong. This is not good for our country.

“We must all speak out and talk about the solution to this twin-problem of insecurity and threat to national unity. Nigerians need to live in peace with each other as We all do not have another country to call our own other than this one country, Nigeria.”

Lack of actions against insecurity is most unsuccessful point of our rulers. The situation is getting worse by the day. Insecurity has become the order of the day and it is fueling disunity and criminal activities. It obviously requires urgent attention because time is ticking away. We must act fast to ensure security in the country.

Dukawa write in from Kano can be reached at abbahydukawa@gmail.com

The FCT police command has arrested three suspected notorious ‘one chance’ robbers along Kubwa and Lugbe axis of Abuja.

The police commissioner, Bala Ciroma, while parading the suspects at the command headquarters in Abuja, on Saturday, gave their names as Uchenna Eleke,  Alex Akiti and Suleiman Nasir.

He said the suspects were  arrested by the detectives of the command’s Anti-Violent Crimes Section along Wuse axis during a routine patrol.

According to him, the suspects, who were identified by some victims confessed their involvement in the heinous crime.

“And in addition, a 38 years old one Micah Ohah, was also arrested alongside the other suspects who identified him as  a receiver of the items they steal during their operations, ” he said.

He said exhibits recovered from the suspects are a green colour Gulf 3 car with registration number GWA SJ and two mobile phones, saying effort is ongoing to arrest the fleeing member of the syndicate.

The Commissioner of Police, Kogi State Command, CP Ede Ayuba Ekpeji, has advised the students of the Security and Strategic Studies course 5 as well as those of the Peace and conflict resolution course 3 of the Nasarawa state University Keffi to proffer solution to the current security challenges facing the country.

CP Ayuba Ekpeji, who made the appeal on Friday when he played host to the PhD Students on Study tour to Kogi State, briefed them on the security situation in the State.

The Commissioner recalled that when he took over leadership of Kogi Command, there was little upsurge of criminal activities across the State, but with the level of commitment, dedication and passion displayed by the personnel of the Command and the support and encouragement received from the State Government under the leadership of His Excellency, Alhjai Yahaya Bello, the Executive Governor of Kogi State, crime rate has reduced drastically.

He therefore wish the Course participants the very best in their studies while urging them to make use of the knowledge they acquired during their studies at the Institute to add values and provide solutions to the current security challenges facing the country.

Leader of the delegation Professor Andrew E. Zamani, Director, Institute of Governance and Development Studies, Nasarawa State University Keffi, commended the Commissioner of Police for the good work he is doing in Kogi State.

“Kogi State used to be in the news, but now, the State is one of the safest State in Nigeria and that is attributed to the commitment by the Police and other security agencies in the State”, Prof.Zamani stated.

He therefore congratulated the Commissioner of Police on his recent promotion to the rank of Assistant Inspector-General of Police, and prayed for more wisdom to discharge his duty in his new capacity.

The DSS declared him wanted at a press briefing where it confirmed gunning down two of Igboho’s allies at his Ibadan residence.

Spokesman of the service, Peter Afunanya, who addressed the media, also paraded no fewer than 12 suspects arrested during the operation.

He said Igboho is presently on the run but vowed that the government will definitely track him.

”This was based on intelligence that he had stockpiled arms in the place approach to the residence, the team came under heavy gun attack by nine (9) men, suspected to be IGBOHO’s guards.

Items recover during the raid on Sunday Igboho’s residence by DSS operatives.

At a press briefing in Abuja on Thursday night, the security operatives confirmed that it raided Igboho’s residence.

Spokesman of the service, Peter Afunanya, who addressed the media, also paraded no fewer than 12 suspects arrested during the operation.

He said Igboho is presently on the run but vowed that the government will definitely track him.

”In the early hours (about 01:34 hours) of today, 1st July, 2021, a joint team of security operatives raided the residence of Sunday Adeyemo a.k.a SUNDAY IGBOHO at Soka Ibadan, Oyo State.

”This was based on intelligence that he had stockpiled arms in the place. On approach to the residence, the team came under heavy gun attack by nine (9) men, suspected to be IGBOHO’s guards.

”Six of them were armed with AK-47 gun and Three others, with Pump-Action rifles.

”In the course of the exchange, two (2) of IGBOHO’s armed men were gunned down while the rest were subdued and arrested.

”Only one operative who was shot by the assailants on his right hand sustained injury. He has, however, received medical attention and is very stable.”

The DSS spokesman added that the team procedurally searched the house and subsequently recovered some weapons.

Afunanya stressed, ”The gun duel which lasted for an hour offered IGBOHO the chance to escape. Sunday ADEYEMO a.k.a Sunday IGBOHO is now on the run.

”Igboho may run as far as he can. He may hide as long as he wants. He might have attacked security operatives as his strength carried him. But this will be the end of his shenanigans.