Kogi state government has reiterated ts commitment to collaborating with neighbouring states to ensure security of lives and property, as the spate of insecurity continues unabated

A press statement signed by the Commissioner of Information and Communication, Hon. Kingsley Fanwo, confirmed the unfortunate killing of a Commissioner in the Kogi state pension commission,, Hon. Solomon Adebayo and the abduction of the Executive Chairman of Yagba West local government council, Hon.Pius Kolawole,

” We can confirm authoritatively that the unfortunate incident happened shortly after Eruku, Ekiti Local Government, Kwara State. Hon. Adebayo died as a result of gun wounds sustained from the sad incident.

” The whereabouts of Hon. Pius Kolawole, Chairman of Yagba West LGA is still unknown but security agencies in both Kwara and Kogi State, as well as local security services are working hard to ensure the safe return of the Chairman.” Hon. Fanwo stated.

He explained that though the unfortunate incident happened on Saturday, the Kogi State Government has been circumspect in making official statements in order not to do anything to throw into jeopardy, the efforts of security agencies on the matter.

The Commissioner also said it was incumbent as a responsible Government to tell the people and assure them of the determination to ensure that Kogi remains the safest state in the country.

“We also wish to caution those making statements which are capable of undermining the security of the State to desist from such an unpatriotic wish for anomie. It is high time we came together to make our nation safe, secured and governable.

“The Government and the people of Kogi State are also determined to make it peaceful and safe. Our Government has the backing of the people and the security agencies to keep Kogi safe.” The Commissioner further assured.

While commiserating with the family of late Hon. Solomon Adebayo, the people of Yagba West and the entire Kogi State Pension Commission over the demise of a hardworking and patriotic gentleman who contributed immensely to the pension administration reforms in the state, also assured the family of Hon. Pius Kolawole and the people of Yagba West of government’s commitment to ensure the release of the Council Chairman.

He therefore commended all agencies, kind spirited groups and individuals who stood with the families and government in this dark time.

“As a Government, we will recommit ourselves to collaborating with neighboring States to ensure security of lives and property”,Fanwo said. 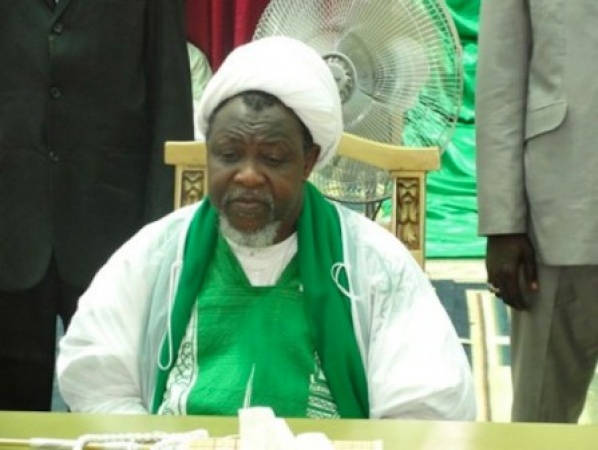 An Assistant Supritendent of Police (ASP) Adams Ezekiel, has died, after members of the proscribed Islamic Movement of Nigeria (IMN) popularly known as Shi’ites protest turned violent at Berger round about in Abuja.

God will not forgive Buhari if… – GANI ADAMS

Spokesperson of the FCT police command ASP Maryam Yusuf, who disclosed this in a statement, said the incident happened when members of Shi’ites group went on a rampage after some police officers were deployed to the scene to disperse the protesters.

She said the protesters, who were armed with dangerous weapons such as cutlasses, knives and sticks attacked some passerby and destroyed public property, saying the deceased officer was stabbed with a knife by one of the protesters.

“And sadly, one of the police officers ASP Adama Ezekiel, who was deployed to restore peace during the violent protest paid the supreme price as a result of the brutal attack where he was stabbed by one of the irate protesters, while 49 members of the sect were arrested and they will be arraigned in court upon conclusion of investigation,” she said.

According to her, the FCT commissioner, Bala Ciroma has commiserated with the family of the deceased officer who paid the supreme price in service to the nation.

She said the command would not condoned further attacks on its personnel, equipment or other public property by members of the proscribed group, while it implored residents to remain calm, law-abiding.

Atom Turba, Senior Special Assistant On New Media to the Deputy Governor of Kebbi State, on Monday, May 10, 2020, in a statement says the Kebbi State Deputy Governor Dr. Sama’ila Yombe Dabai mni who represented Governor Atiku Bagudu, commended the organizers for the foresight, saying the prayers is timely and needed considering the security situation of the country that deserved everyone’s attention.

Kebbi Deputy Governor Charges Nigerians To Change Their Attitude For A Better Nigeria.

He tasked them to redouble efforts and advised all Nigerians to submit themselves to Allah and ask for his forgiveness as everyone has one thing or the other to settle with Allah.

The representative of the Emir of Gwandu and Magajin Rafin Gwandu, Barrister Muhammad Sambo Aliyu said, the Emir is behind every meaningful organization or group that is willing to contribute in the fight against insecurity across the State.

He called on the political group to redress the movement by engaging genuine clerics and prayer for unity and oneness of Nigeria.

READ:  El-rufai Boast Amidst Insecurity, Abduction Saying It Is Not His Job To Negotiate With Bandits

The National prayer took place at Abdullahi Fodiyo Palace Juma’at Mosque had the blessings of Islamic clerics led by the Chief Imam of the Emir’s Palace Mosque, Malam Lawal Junju and two others who prayed for the nation’s peace, unity for Allah to salvage the situation.

Nigeria Insecurity: The Power of the Quasi-state.

Nigeria Insecurity: The Power of the Quasi-state.
Spread the love

Nigeria Insecurity: The Power of the Quasi-state.

It was with trepidation that we saw pictures of Boko Haram members giving out food and cash to poor villagers in the North East region to mark the Ramadan. The fear is that Boko Haram, forming a quasi-state within Nigeria is expanding it’s base perhaps branching into kidnappings, banditry and other criminal activities all over the nation.

We must understand what a quasi-state is before we can proceed to the elements of our fear. The quasi-state is that ellusive entity, that state-like entity, that political, religious or ideological entity which content for power but not defined by physical boundary but mimic the sovereign state.

Buhari: Fear Echoing From The 80s And Beyond.

It does not represent a fully institutionalized autonomous sovereign state. So Boko Haram, with it’s flag and other paraphernalia, is a quasi-state within Nigeria.

Boko Haram, as it is with most quasi-states, did launch it’s career from a position that was aimed at challenging the unjust status quo: decades of state corruption, poverty, alienation of the northern ruling elites, political use-and-dump ecetera ecetera.

But it has since passed that stage of progressive movement, and has moved to a quasi-state which show open power of force, it demonstrates overt power, and it’s purpose is to show the people and the government who is the master and how ruthlessly powerful it’s force is. That’s why it sacks villages, kill as much as they like, attack military formations, take their weapons and cart away victims.

Yes, they exercise a very crude form of power and authority taking control both over the willing and the willing, the Muslims and the Christians alike and behead some…these are parts of the characteristics of the mimic but potent entity called the quasi-state.

READ:  Certainly North Worst Place To Live In The Country

The Federal Government under Buhari is now powerless against the Boko Haram’s advancing force, almost prostrating to it’s terminating power.

This powerful but ellusive quasi-state conquering territories day, night and carting away prize victims in women.

Today, in Nigeria, poverty is no longer available for fear to the conquered people even when it’s omnipresence is felt. It is the fear of this Boko Haram quasi-state that instill fear.

And to complicate matters, since the government has failed, Boko Haram now boast of liberating manifestos in towns they take with seductive religious ideals. And they easily get converts; both the willing and unwilling. Again, Boko Haram use theocratic lead to trap illiterate victims.

So objectively, Boko Haram and it’s syndicates are the major reason for apprehension the people are currently and generally faced with all over the country where even the government forces are stretched beyond defending the sovereignty of the country.

READ:  Emir of Kano Urges Gov Bello To Sustain The Onslaught Against Criminal Elements In Kogi

We cannot ignore the the contemporary history of victim peoples we have suddenly become today. For a while now, the defenseless people are being grounded to collective deaths by the implacable mechinary of the quasi-state of Boko Haram.

Yes, the struggle of Boko Haram has since moved from righting wrongs by trying to restore to themselves what they initially said was been disposed off them. They are now dedicated to the ruthless and continued ceasure of more raw power through terror.

It is unfortunate that this is happening under the once said disciplined and ruthless General Buhari now aging and embarrassing ruler.

We all know his government is being sustained not by popular acceptance, but by the same agency of tepid terror, blackmail, negative propaganda and open resentment for dissenting voices.