Ohinoyi of Ozi Turbans Sons of the Land To Form Cabinet, Sues For Commitment To Duty

The Ozi Community in Kogi/Koton-Karfe Local Government Area of Kogi State was a beehive of activities over the weekend as sons and daughters gathered from within and outside the Area to celebrate the turbaning of worthy and rightful sons of the Area from the ruling houses.

The people who are dressed in various local attires, rolled out drums, showcasing different dance steps while other invited musicians, including Jibril Onutu Egbura, took turns to perform to the admiration of the audience.

The ruling clans of Ozi are Ohina and Onyebu, which had four of their sons each turbanned with different traditional titles.

The Ohinoyi of Ozi, HRH, Mallam Isah Shaibu, while speaking with Newsmen, appreciated Allah for making the ceremony a success, while commending the Paramount ruler, the Ohimege Igu of Koton-Karfe, HRM,
Alhaji Abdulrazak Gambo Isa-Koto, for finding him worthy to serve in the land.

Mallam Shaibu said those turbanned to serve as his cabinet members were selected based on their worth and capacity to deliver the needed results – serving the people selflessly.

The traditional ruler pointed out that he was overwhelmed with joy over the event, pointing out that those turbanned will serve as cabinet members in Ozi to ease the stress attached to the throne.

“A tree does not make a forest no matter how mighty it maybe, that’s why I have to turban worthy personalities to serve as cabinet members in this Community”

He said their turbaning came with ernomous responsibility, stressing that selfless services to the people was part of expectations from them.

Mallam Shaibu enjoined them to live up to their responsibilities towards ensuring a secured and well developed society.

On his part, a former Commissioner in the State, Hon. Abdulrahaman Wuya, described the event as historic, explaining that it was part of the statutory right of the Ohinoyi of Ozi to constitute his cabinet members after coronation.

Hon. Wuya, noted that peaceful coexistence, respect for elders, obedience to constituted authorities were haul marks that brings rapid development, calling on the newly turbanned members of the Community to ensure such traits are maintained in the area.

The former Commissioner and Chairman of KADU, appreciated the Ohimege Igu of Koton-Karfe for creating enabling environment for other Chiefs in the Area to operate while praying Allah to help Ozi Community and the entire kingdom witness unprecedented progress in the years ahead.

On his part, the former Minority Leader of the Kogi State House of Assembly, Barrister Ndakwo Abdulrahaman Tanko, who expressed joy over the success of the program, says the honour done to the sons of the Community was a rare privilege for them to contribute to the growth of the area.

Barr. Tanko pointed out that there was need for those turbanned to work closely with the Ohinoyi of Ozi to promote the peace and unity of the Community, and as well work collectively with the Paramount ruler, the Ohimege-Igu of Koton-Karfe, Alhaji Abdulrazak Gambo Isa-Koto (Agaba idu), whom he described as a man with foresight and blessed with words of wisdom.

Barr. Abdulrahaman Ndakwo Tanko urged them to as well draw government’s attention to the Community to enable the area witness rapid development.

READ:  Nasarawa Assembly Assures Of More Support, To Give Legislation As To Enhance Rural Water Supply And Sanitation.

He pointed out that tradional rulers in the Kingdom have been up and doing towards peaceful coexistence of the various tongues in the Area, calling on the newly turbanned members of the Community to also do in their best at sustaining such noble course.

Barr. Tanko also charged them to contribute their quota towards wiping out any form of security threat in the Area, saying the security of lives and property of the people was important towards achieving any meaningful development.

Those turbanned with traditional titles and their salutation include;

Related Topics:Ohinoyi of Ozi Turbans Sons of the Land To Form CabinetSues For Commitment To Duty 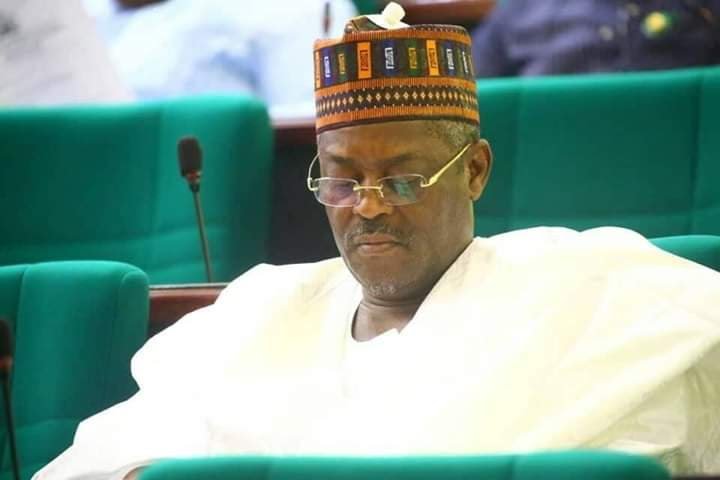