Gunmen suspected to be bandits attacked Kabba Correctional Centre in Kogi state, killing no fewer than seven soldiers, leading to jail break with all 240 inmates escaping.

Sources said about 7 of the soldiers mounting road block along Lokoja – Kabba road some few meters away from the Kabba Correctional centre are said to have been killed with several others injured when the gunmen were on their way to the facility in the early hours of Monday.

The account said some of the Correctional Officers on guard were fatally injured while one of the soldiers who made attempt to flee was also hit in the leg.

It was also reported that three of the escaping prisoners were rearrested at about 8.00 am on Monday beside Kudon hotel, Kabba while attempting to board an Ilorin bound vehicle.

The Assistant Inspector General of Police Zone 8, Lokoja, AIG Ayuba Edeh, who confirmed the incidence, said the State Commissioner of Police and other heads of security agencies have swung into action to do an assessment of the cause of the jail break.

The state Comptroller of the Correctional Service, who visited the Kabba prison, disclosed that all the 240 inmates escaped following the attack and has assured that they will all be arrested.

He explained that the Kabba Correctional Centre which has a capacity for 200 inmates harbours 240, 70 of whom are serving their sentences, while the remaining 140 are stills awaiting trials. 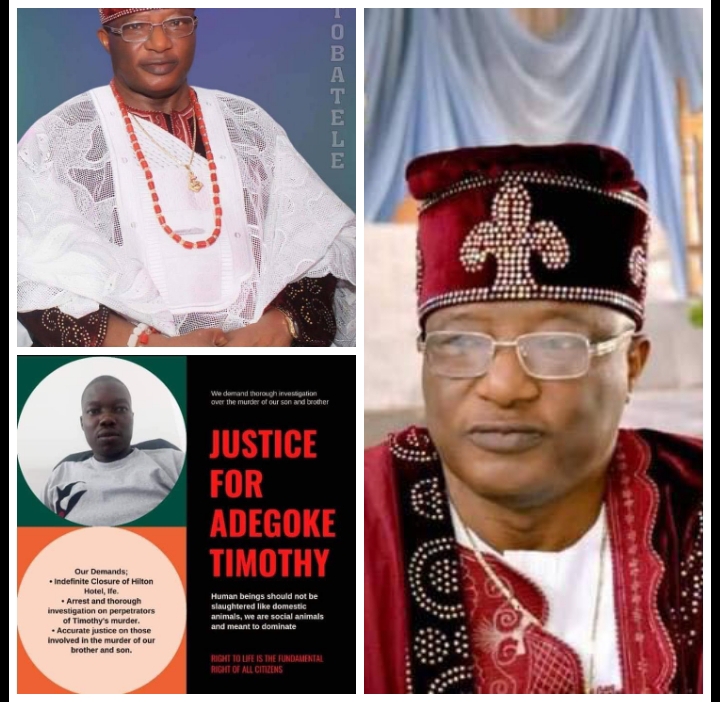 Following the controversy surrounding the dead of a Master’s degree students of Business Administration in Obafemi Awolowo University, Ile-Fe, National Association of University Students (NAUS) at her expanded meeting deep shock over the gruesome killing of Adegoke Timothy.

Late Adegoke until his dead was an executive Master’s degree student in Business Administration at Obafemi Awolowo University, ile-ife.

A statement issued on Saturday by Abioye Sanjo Oluwagbenga, National Director Contact and Mobilization, (NAUS) while expressing their condolences to the students community, Nigerian Students and family of deceased says the says the news came to them in rude shock.

“It has come to our notice that the deceased was gruesomely killed by the management of Hilton Hotels and Resort, ile-ife, after which they proceeded to give him a ridiculous, unbefitting, illegal and evil motivated burial at a refuse dumping ground, with the influential support and backup by the owner, RAMON ADEDOYIN.”

“It is highly appalling, unspeakable and egregious that a place like Hilton hotels which suppose to be a safe haven for travelers and lodgers became a burial ground and abattoir for promising Nigerians.”

“We will also make sure that all culprits and those culpable are brought to the alter of justice. While we salute the level of professionalism the Osun state police Command have displayed as regard this case, we also want to sound a note of warning to Osun state commissioner of Police and the Nigeria Police Force as a whole to shy away being influenced by these unscrupulous elements and their association of local vampires. They must refuse to be intimidated by all intimidating factors, either internal or external.”

“From our observations, we also realize that some grey areas are yet to be made clear by the Nigeria police and some important questions are yet to be answered by the police.”

“We want to make it clear that any attempt by the police to cover up and hide information from the public shall meet the wrath of Nigerian Students across board. We will mobilize ourselves and do what we know how to do best.”

“We are also aware that the family and friends of the Timothy have been severally threatened with assassination attempts amidst other form of intimidations, we want to equally inform the evil planners that we are powerfully watching.”

The students body further says; “NOTHING MUST HAPPEN TO THE FAMILY AND FRIENDS OF TIMOTHY. THEY MUST NEITHER MISS NOR DIE”

Finally, contrary to the perception of some quarters that NAUS is a corrupt body and buyable, we wish to reiterate that our leadership at Naus National is not buyable as regard this case and we will never relent until justice is duly served. While we follow up the case, NAUS wish to commiserate with the family and friends of Timothy Adegoke, May almighty God fill up the space he left. Amen

Global Times Nigeria Onljne report that Below were demand raised by the Students body:

1. PROPER, AUTHENTIC AND COMPREHENSIVE AUTOPSY REPORT MUST BE RELEASED IMMEDIATELY.
2. A COMPREHENSIVE REPORT REVEALING;
i. HOW DID TIMOTHY DIE?
ii. WHERE DID HE DIE?
iii. WHO KILLED HIM?
iv. WHY DID THE RAMON ADEDOYIN AND THE HOTEL MANAGEMENT DENY AT FIRST?
v. NAMES OF ALL SUSPECTS AND THE ROLE THEY ALL PLAYED IN TIMOTHY’S DEATH?
vi. WHY WAS THE LODGER’S BOOK DOCTORED AND DECEASED NAME GOT OMITTED?
vii. WHO BURIED TIMOTHY AND BURIAL LOCATION?
viii. NIGERIA POLICE ARE ALWAYS QUICK TO PARADE SUSPECTS, WHY HAVEN’T THEY PARADED ALL THE SUSPECTS INVOLVED, INCLUDING THE FOUNDER AND OWNER OF THE HOTEL?
3. ADEQUATE SECURITY FOR THE FAMILY AND FRIENDS OF THE DECEASED.
4. WE DEMAND FOR A DEEP AND THOROUGH INVESTIGATION ON THIS EVIL ACT OF THE HOTELIER AND WE WANT THE KILLERS AND THOSE INVOLVED IN THE ILLEGAL PLANTING (NOT BURIAL) OF BODY TO BE BROUGHT TO JUSTICE.
5. WE WANT THE PROCEEDING OF THE CASE TO BE AS TRANSPARENT AS POSSIBLE. THE PUBLIC WANTS TO WATCH THE PROCESS. NOTHING CAN BE HIDDEN ANYMORE.
6. WE WANT THE CONTINUOUS DETENTION OF RAMON ADEDOYIN AND OTHER CULPRITS UNTIL JUSTICE IS SERVED.

Read more Latest On JAMB Cut-Off Marks required in Universities For 2021/2022 Admission
NOTE: We expect all our demands to be met within 7 days. Failure to be met shall be countered with unstoppable nationwide protests across all universities and streets. We shall never rest until justice is served and the murderers are brought to face the wrath of the law. All sell-outs should be careful because we will never back down.
Freedom cometh by struggle and we are ready. We can’t be scared of Fulani herdsmen, Boko-Haram, bandits and still be scared of our brethren who kills for whatever reason and conduct illegal and repugnant burial activities
NAUS National SHOUTS “JUSTICE FOR TIMOTHY”!!! 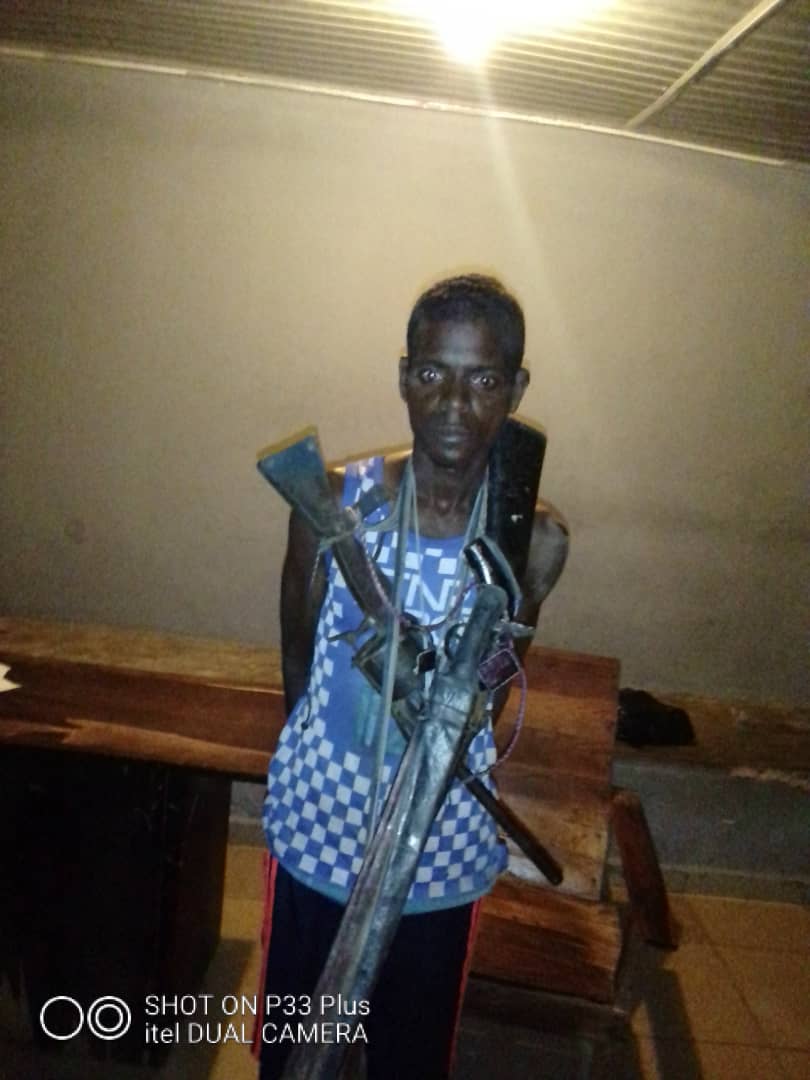 The Nigeria Police Force, Kogi state command, has announced the arrest of a suspected armed robber alleged to be a member of dangerous gang responsible for serries of violent crimes around Isanlu and it’s environ in Ijumu local government area of Kogi state.

The arrest was made possible following a report received from a patriotic citizen that some suspected criminal elements were sighted around Isanlu axis, the Police spokesperson stated.

DSP Aya stated that the Police operatives promptly swung into action, trailed the suspects to Koro Village a boundary settlement between Kogi and Kwara States where Umaru Muhammed was arrested, while other members of the gang escaped.

Some of the exhibits recovered from the suspect are, one locally made gun using AK-47 rifle live ammunition, two AK-47 live ammunition, one single Pump Action barrel gun, One matchet, dangerous local charms among others.

The Commissioner of Police, CP Idrisu Dauda Dabban has reassured Kogites that the Command is committed to ensuring adequate security of life and property in synergy with other security agencies in the State.

He enjoined members of the public to sharpen their power of observation and report any suspicious movement or activities around their neighborhood to the Police or any other security agencies in the State.

Suspect will be arraigned in court on completion of the investigation. 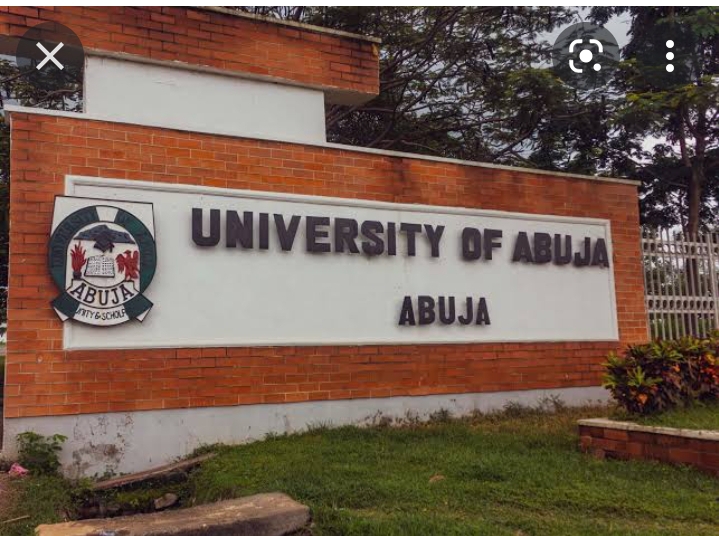 The six people kidnapped by bandits at the University of Abuja staff quarters on Tuesday have been successfully rescued by security operatives.

According to sources the victims were rescued at Abaji, along Abuja-Lokoja expressway with the help of the Police and local vigilante.

“The rescued victims are currently at the Abaji police station,” one of the sources said.

The abducted persons include a nine-year-old son of Prof. Bassey Ubong and his housemaid, one Deputy Registrar identified as Malam Mohammed Sambo, one Prof. Sumaila Obansa Joseph with his son and one Dr. Tobins Ferguson Hamilton.

Students at both at the mini and main campuses of the University were seen in groups discussing the development, with fear and anxiety.

The bandits were said to have taken advantage of the porosity of the school community and gained entry into the staff quarters through the sign post which is an unfenced part of the quarters, and begun to unleash terror on the residents.