Commander of the Kogi local government area vigilante group, Mallam Alhassan Alhassan was on Tuesday, felled by the bullet of gunmen suspected to be kidnappers in a fierce shootout at Ottoyi village on the Niger and Kogi states border.

A source close to the vigilantes revealed that a gun battle that lasted for for about 30 minute at about 11:30 am to 12 O’Clock of Tuesday, scores of the bandits were also killed several others escaped injuries.

According to the source, the gallant Alhassan Alhassan who was the commander of the vigilantes successfully led his boys to destroy 2 of the kidnappers camps, killing many and injured some.

Army uniform, magazines, dangerously weapons, toiletries and foodstuff Ingredients were recovered from the kidnap camps, while two kidnapped persons were also said to have been rescued.

The decease commander was said to have sustained injury on his head and was rushed to a nearby village for first Aid, but gave up on the way to the village clinic at Ahoko in Kogi local government area of Kogi state.

Kogi local government area which was a den of kidnappers and bandits was cleared following the concerted efforts of the vigilantes who are said said to be very organised and committed to the defence of the people.

READ:  Security: Gov Zulum Made Case For The Deployment Of More Naval Personnel To Borno.

Meanwhile, Community leaders in Koton large have expressed their condolences over the death of the gallant and heroic Alhassan, whom they said didn’t die in vain, in honour for defending the area.

While commending the vigilantes for their gallantry and patriotism, the community leaders urge the state Governor to reward them and the late commander’s family adequately.

A statement just released by the government also commiserated with the immediate family of the late Alhassan Alhassan who died for the people of the state, describing him as a martyr and prayed God to grant him eternal rest.

The statement issued on behalf of government by the state Commissioner for solid minerals and natural resources, Engineer Bashir Gegu, also wished the people of the state to bear the irreparable lost and grant him Aljanat fidaus.

It urged the gallant youth not to despair as death a necessary end will come when it Wii come. 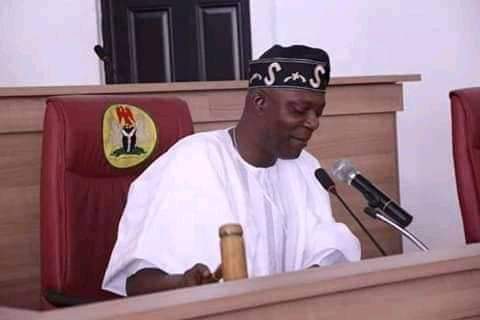 Speaker Kogi State House of Assembly, Hon. Matthew Kolawole, has condemned in strong terms the recent upsurge of banditry activities which has resulted in killings and kidnapping of people in his Kabba constituency.

The statement was coming on the heels of Sunday attack on a worship center in the area, which resulted in the killing of persons, while the pastor of the church, a female and the former Provost of the college of education technical, Kabba located in area were kidnapped.

The Speaker however urged the residents to remain calm as the security agencies have been mobilised to rescue those that were kidnapped and also apprehend their abductors.

He said all hands must be on  deck to address the menace, noting that Kabba/Bunu cannot be a breeding ground for banditry in the state, as Governor, Alhaji Yahaya Bello’s success story in the security sector of the state cannot be rubbished in his constituency.

He charged the security agents to up their game in curbing the nefarious activities of the hoodlums.

Kolawale appealed to the residents to support and cooperate with the security agents in the area by reporting all strange movements around Kabba/Bunu to the appropriate quarters.

He sympathized with the families of the deceased and the people of Kabba community for the unfortunate and untimely death of their loved ones. 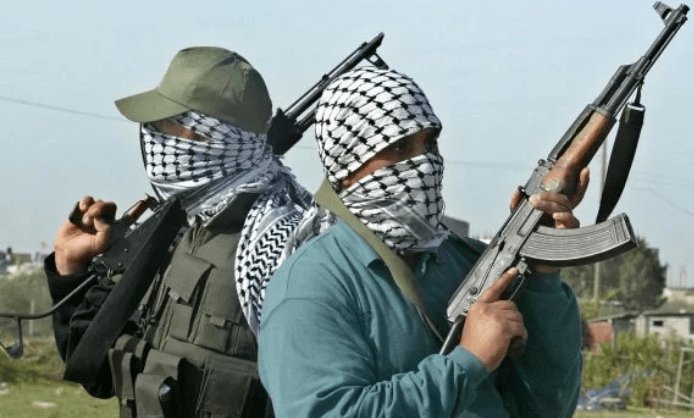 Barely a fortnight ago that some gunmen attacked the Kabba Correctional Centre in Kogi state, killing several security men and freed over 200 inmates, again on Sunday morning the Evangelical Church Winning All (ECWA) church was equally attacked by yet to be identified armed bandits or kidnappers.

According to reports the gunmen killed two worshipers and abducted three others right inside the Church situated along the express road in Okedayo in Kabba .

It was reliably gathered that the bandits fully armed with AK 47 numbering about five invaded the church at about 8 am on Sunday morning shooting sporadically as they made their way into the church premises.

The source disclosed further that some worshipers took cover, while others in an attempt to escape were kidnapped and a worshiper who was on his way to the church for Sunday service was also killed as he ran into them.

The source also disclosed one of the persons that were killed has been identified as the Deputy Chief Security Officer of a higher institution in the area.

Confirming the incident to our Correspondent in Lokoja, the Police Public Relations Officer, (PPRO), DSP William Ayah, said he was yet to confirm the actual number of persons abducted and those killed during the attack.

“I have just confirmed the attack from the Divisional Police Officer (DPO) in charge of the area. But I am yet to confirm the actual number of deaths and those abducted. Some say two but we’re waiting for further briefing from those on ground there. Ayah said.

Kogi state has of recent been rated the safest in view of the insecurity situation across the country, because of the state Governor’s efforts in the fight against banditry and kidnappers.

Nasarawa State governor, Engineer Abdullahi Sule, has convened another expanded security meeting, to address the influx of persons suspected to be fleeing bandits from military onslaughts in parts of the North West.

The expanded security meeting had in attendance all first class traditional rulers, heads of security agencies in the state, vigilante and hunters groups, as well as Fulani leaders, held at the Government House, on Friday.

According to the governor, the expanded security meeting became necessary following feelers that, suspected fleeing bandits have been sighted around Gitata, Loko, Udege, Umaisha, Nunku and Wamba.

He noted that, already, governors of identified seven states, including Nasarawa State, have met to discuss intelligence reports about the influx of bandits escaping from areas presently under military crackdown, in Zamfara, Kaduna, Niger and parts of the North West, with a view to preferring solutions to the inherent security threats.

With intelligence reports showing that suspected fleeing bandits are already in parts of the state, Engineer Sule, summoned the expanded meeting to further deliberate on the issue with a view to urgently nip the menace in the bud before it rears its ugly head.

“We decided to call this expanded meeting because we have already noticed some movements into some locations in our state,” he stated.

The governor pointed out that, based on security reports, his administration has outlined certain decisions and actions to be taken.

He equally expressed concern on other security challenges, particularly in Ado, in Karu Local Government Area, urging for caution so as to maintain the existing peace in the state.

Engineer Sule pointed out that, based on the relative peace being enjoyed, Nasarawa State is presently witnessing increased patronage as the state continues to host various bodies and organisations have taken advantage to conduct businesses in Lafia, the state capital.

The governor used the opportunity to express appreciation to President Muhammadu Buhari, as well as the Federal Executive Council (FEC), for approving over N30bn for the completion of the Maraba/Loko road.

He equally used the opportunity to thank stakeholders at the meeting for their collective resolve to put the issues of security in the front burner.

The governor specifically thanked traditional rulers in the state, for their role in supporting security agencies operating in their domains across the state.

He also appreciated various groups for supporting his administration in the area of security, especially hunters and vigilante groups.

The meeting is coming on the heels of a previous emergency security meeting, where issues concerning the impacts of the ongoing military onslaughts on areas inhabited by bandits in the North West were discussed.

The governor emphasized that, there is every need to sustain the peace in the state, especially that Nasarawa is now being considered peaceful.

“As a result of all these that are coming to us, we have to do everything possible in order to maintain the peace,” he stated.