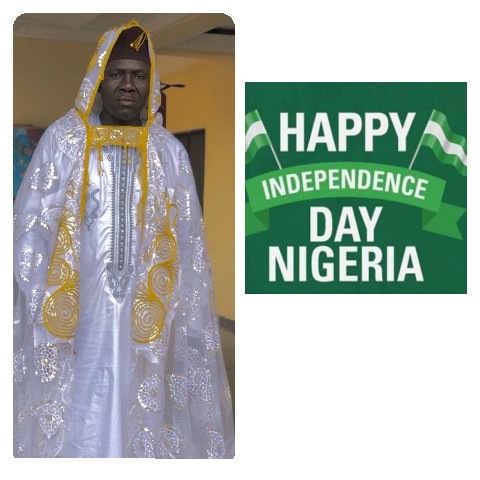 Nigeria@61: “We Need to Awaken the Giant in us by Being Truthful to Ourselves” – Chief Suleiman A. Danjuma Gegu

As Nigeria marks her 61st year Anniversary, the immediate past Senior Special Assistant to Gov. Yahaya Bello on Political Matters, Chief Suleiman Abdulhammed AKA Danjuma Gegu, has called on Nigerians to be truthful in all their dealings.

Chief Danjuma Gegu, who is the Ongyehu Orgbane of Gegu Beki Kingdom, said Nigeria – a Country referred to as the Giant of Africa, have been bedeviled by various challenges, stressing that such has caused a lot of havoc to all sectors of the Country’s economy.

READ:  FCT Minister Of State Flags Off Grants For 5, 000 Rural Women In Abuja

The Kwarbai of Abaji Kingdom FCT Abuja, noted that Nigeria used to be a peaceful nation where citizens sleeps with their two eyes closed, saying such has become a thing of the past.

The Marafah of Igbogo Kingdom noted that there was need for all Nigerians to become intentional by being truthful in all they do; pointing out that with such attitude, the glory of the Country can be redeemed.

READ:  Heads Of Tertiary Institutions In Kogi Ordered To End Cultism Or Resign.

“At 61, we are still faced with several challenges and collective efforts is needed to put an end to it because it has affected so many things

“In our day to day activities as citizens, truth is lacking, those that are into businesses, the educational sector, the artisans, mention them, faithfulness is lacking and it is a major ingredient needed to achieve any meaningful result

“My advice is that we should go back to the drawing board, find out where we got it wrong, starting from our homes, the society then to the leadership level too, let’s be intentional about changing our attitude for good for the betterment of the Giant of Africa, our lands can be green again if we all change for good” he said.

The Dan-Isan of Koton-Karfe Kingdom congratulated Nigerians on this year’s independence anniversary and urged them to continue to pray for the peace of the Country. 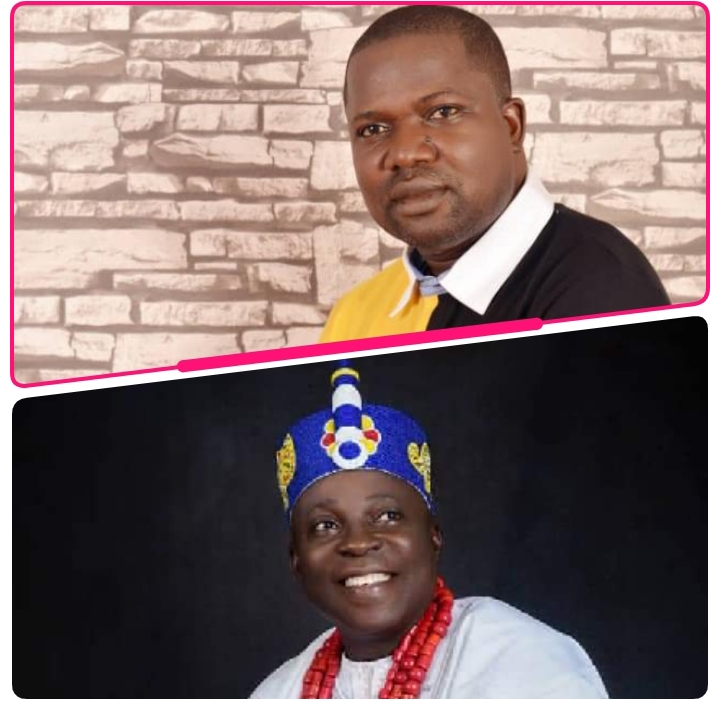 As the Agbana Isanlu, His Royal Majesty Oba Moses Etombi marks his first year on the throne of his fore-bearer, the Executive Chairman of Yagba East Local government council, Asiru Abdulrasaq Iyagbemi has described the one year reign of the Agbana Isanlu and Chairman Yagba East local government council of Chiefs, his Royal Majesty Oba Moses Etombi as huge developmental inclined leadership and progress to the land.

In a message of felicitation to commemorate the one year on the throne of his fore-fathers which was made available to Journalists in Lokoja,  the state capital, Iyagbemi expressed gratitude to God for His protection and guardian of the Paramount traditional ruler over the last one year.

He also congratulated sons and daughters of Isanlu and the entire East Yagba Local government Area for the clocking of one year of the monarch on the throne.

The council boss attributed the peace,  unity, steadfastness and the tremendous improvement of human and infrastructural development observed in the period under reviewed is attested to the leadership qualities brought to bear by Oba Moses Etombi’s reign.

While x-raying the pivotal roles of traditional institution in the preservation and custodian of the rich cultures, values, morals, norms, and traditions, Iyagbemi further posited that they have used their vantage positions as being closest to the masses to settle conflicts, crises, exposing the bad eggs in their domains and serve as an arbitrators in Community’s management.

He therefore solicited the undiminished support and cooperation of the Sons and daughters of Yagba Land to the Monarch to enable him consolidate on the feat so far attained during the period under focused.

The Yagba East local government chairman asked God in His infinite mercy and grace to continued to equipped the Kabiyisi with wisdom, knowledge, renowned strength, Long life, and sound health to enable him provide leadership that will propel Yagba land to an eldorado of peace, unity and accelerated growth and development. 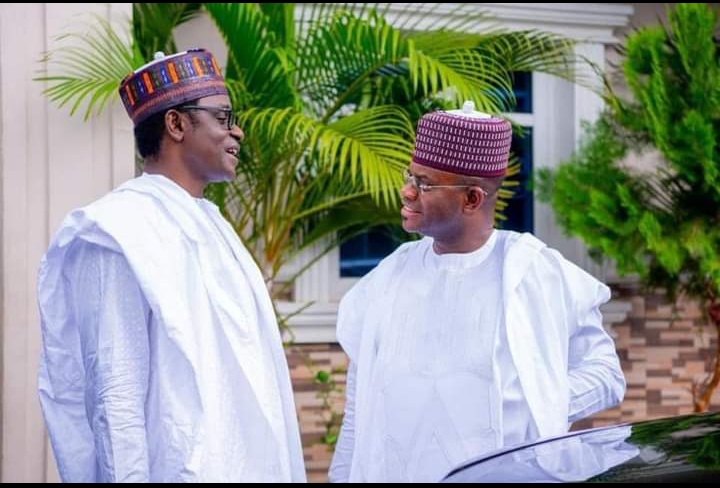 Kogi State Governor, Alhaji Yahaya Bello has felicitated with the Chairman of the All Progressives Congress Caretaker/Extraordinary Convention Planning Committee (CECPC) and governor of Yobe State, Mai Mala Buni on the occasion of his 54th birthday anniversary.

Governor Bello in a congratulatory message by his Chief Press Secretary, Onogwu Muhammed on Friday, described Buni as an astute leader, administrator par excellence and a game changer.

The governor recalled how the Buni-led committee was able to manage the internal wranglings and crisis that engulfed the ruling party at the time he took over and was able to bring great level of stability to the party.

He said the ability of Governor Buni to manage the affairs of the party and at the same time ensuring that governance never suffered in his state, speaks volume of his multi-tasking acumen as a leader.

Governor Bello said he had enjoyed good hands of friendship with Governor Mai Mala Buni right from his time as National Secretary of the All Progressives Congress till the present time.

He prayed God to grant Governor Buni sound health and God’s protection for many more years to continue to contribute his quota to the growth of the party and the development of the country as a whole.

READ:  Nigeria@61: "We Need a Leader Like Governor Yahaya Bello to Bring to Reality, the Dreams of the Founding Fathers of Nigeria" - Hon. Ahmadu Jibril

The governor expressed the optimism that the Buni-led committee would be able to conclude its given assignment successfully. 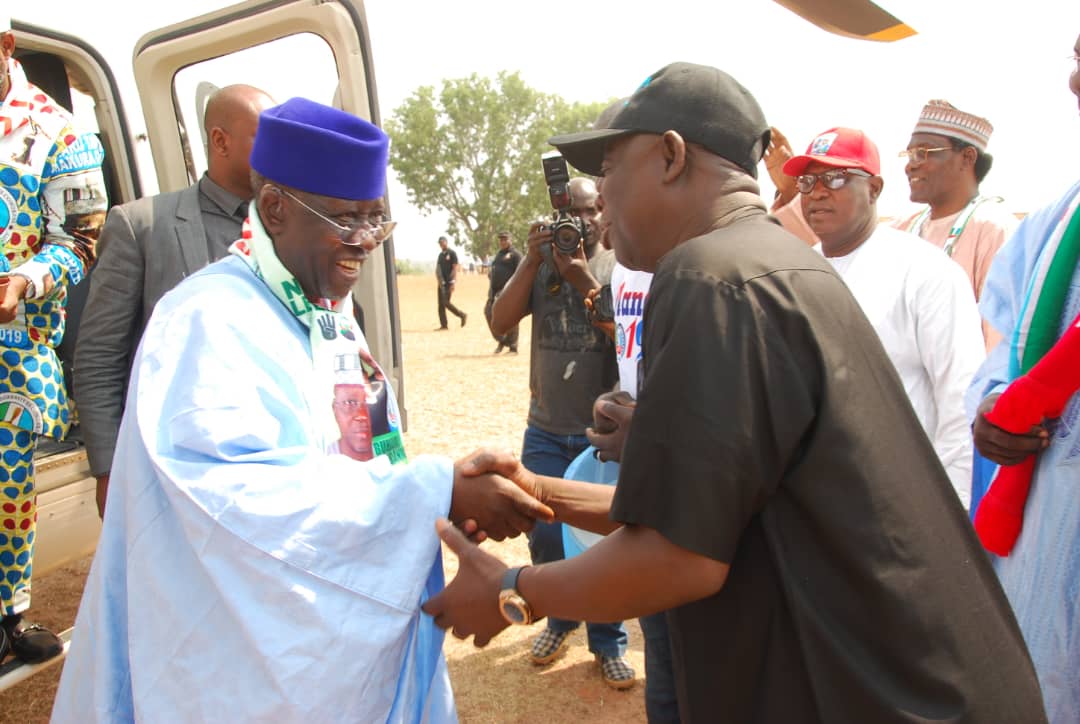 A statement by Press Secretary to the Speaker, Jibrin Gwamna, quoting the Speaker Balarabe Abdullahi, poured encomiums on Senator Tanko Almakura, describing the former governor as “a completely detribalised Nigerian.

READ:  FCT Minister Of State Flags Off Grants For 5, 000 Rural Women In Abuja

He said Senator Al-makura was not only a role model, but a top-notched political icon of the famed Congress for Progressive Change, CPC, that was appreciably transformed to today’s ruling All Progressive Congress, APC, in Nigeria.”

The State Number Three Citizen, who was exhilarated by contributions of the former Governor of the state, said Senator Al-makura remains the of modern Nasarawa State.

According to the Speaker, the record established in 8years by Al-makura as a Governor speaks volumes and will continue to stand tall and bold in the space of time.

Speaker Balarabe Abdullahi also described Al-makura as an exceptional leader per excellence, who is good at turning any enterprise into a positively better conglomerate.

He therefore prayed God to give him more strength, long and healthier life as well as thorough vision in the political landscape, particularly in his struggles to clinch the highest party position of the ruling APC party.