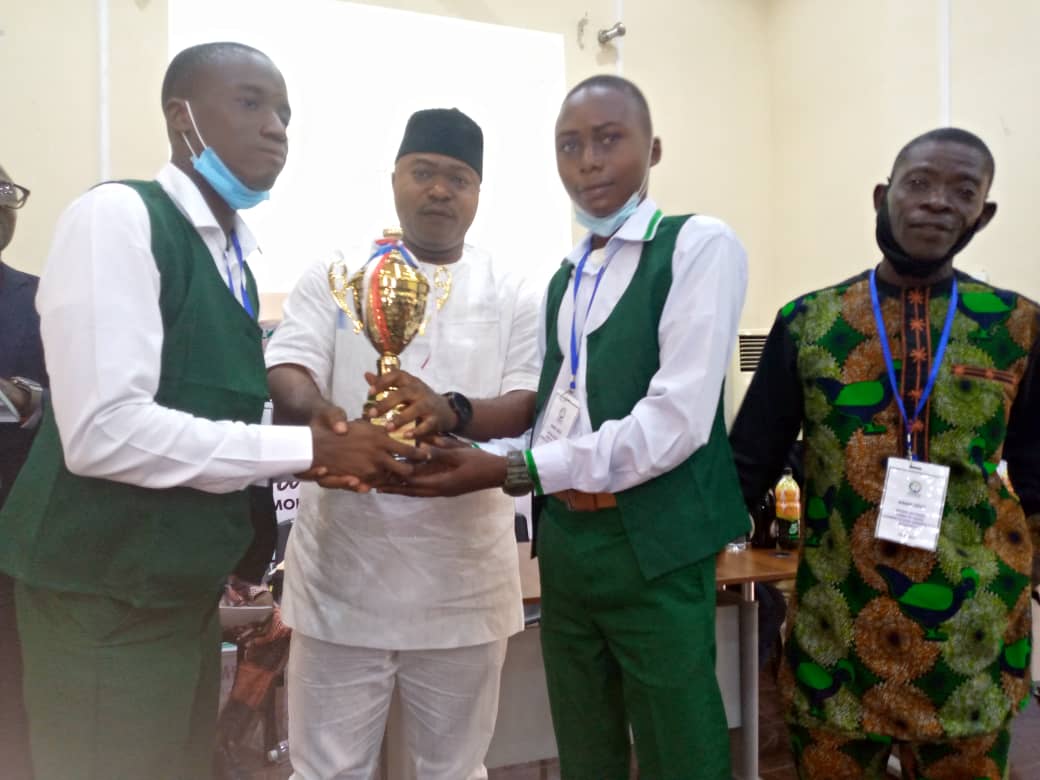 The Government Science Secondary School (GSSS) Pyakasa, Abuja has on Wednesday, emerged winner of the quiz competition organized by the FCT branch II of the Association of National Accountants of Nigeria (ANAN), Gwagwalada.

Global Times Nigeria correspondent report that, the ANAN quiz/debate competition tagged: “Effect of corruption on the Nigerian child: The role of the accounting profession, held at the Nigeria customs command and staff college conference hall.

Speaking at the end of the competition, the FCT branch II ANAN chairman, Mr Emmanuel Abgo, said the association decided to organize the competition among some selected secondary schools students in the FCT in order to ascertain the intellectual capacity of the students.

“Besides, what ANAN intends to achieve is the intellectual capacity of the Nigerian child, but we narrow it down to FCT where we are domicile,” he said.

According to him, the national body of the association is building research centers across the six geo – political zones of the country for the purpose of education of the Nigerian child.

He said accountancy is always involved in any issue that has to do with financing, saying ANAN will continue to uphold it ethics of profession, which he said are honesty, integrity and sincerity

READ:  Salaries: Gov. Bello To Pay 60% As May Salary Instead Of The Agreed 80 Percent.

He therefore commended the FCT branch II of the association for the initiative to organize quiz and debate among secondary schools students in the FCT.

The ANAN president, while congratulating the GSSS Pyakasa and FGC Kwali, for emerging winners in the competition, urged other schools that participated to read harder so that they can win the next competition.

Global Times Nigeria correspondent report that prizes, trophy and certificates were presented to schools that participated in the competition.

READ:  Buhari plans To Bring Prosperity To All Nigerians Before Handing Over In 2023