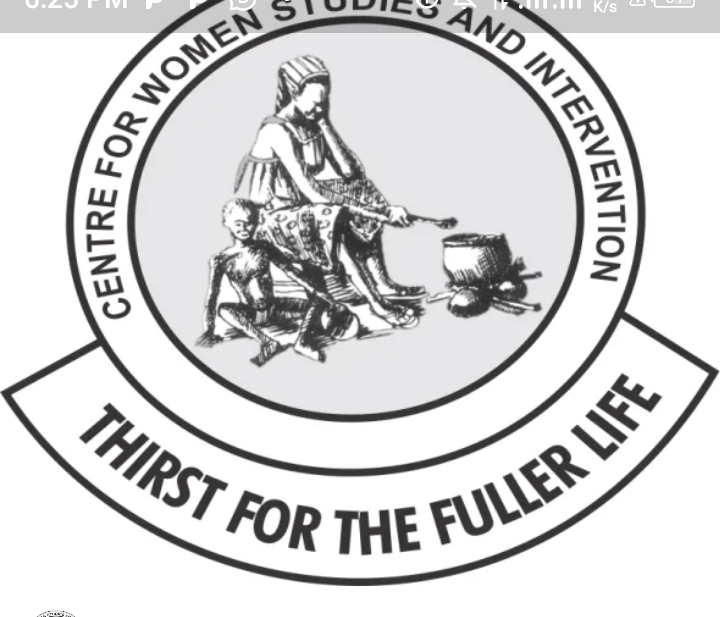 The Centre for Women Studies and Intervention (CWSI), has restated its resolve to continue to fight for the actualization of involvement of Women in Governance.

This was contained in a Communique issued at the end of the Strategic Women Summit organized by the Centre in Kogi, with the Theme: Leveraging Mass Grassroot Support for Sustainability of women inclusion in Governance.

According to the Communique, the Centre for Women Studies and Intervention is none profit organisation. The Organisation is centred on the empowering women and girl-child: educating them on their dignity and fundamental rights as human beings.

CWSI with support from its funding partners has implemented and continues to implement series of projects aimed at promoting gender equality, inclusion of women in governance and decision making processes.

The Communique noted that CWSI has implemented and is currently implementing projects in Delta, Ebonyi and Cross river States, Nigeria.

In furtherance of implementation of the Strategic Women Advancement in Governance (SWAG) project in Kogi State, a 2 days women summit was organized by the Centre for Women Studies and Intervention in collaboration with the office of the Special Adviser to the Kogi State Governor On Sustainable Development Goals (SDGs) with support from the Catholic Agency for Overseas Development (CAFOD) in three senatorial districts of Kogi State.

The summit aimed at achieving the building political consciousness in women and mobilize public awareness on the need to support women participation in Governance.

“After extensive discussions and deliberations on the active participation of women in party representation and governance, the following resolutions were reached: The participants should adopt practical measures which would aid fostering support for women to be elected into the parliament and executive positions and other positions such as traditional, religious and town union executive.

“The participants should continuously engage religious leaders who are key influential stakeholders and Traditional Leaders who act as community gatekeepers of traditions and social values on women inclusion in politics and governance.

READ:  "I Have No Case To Answer Over Allegations Against Me" — Maina Tells Court

“That the participants should form advocacy groups for the sustainability of the goals of the project which is increased active participation of women in governance.