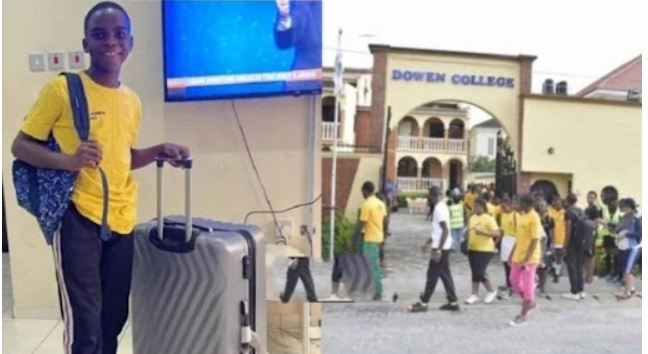 Lagos police command has reiterated its commitment to get those involved in killing the 12 years old student of the Dowen College in Lagos, noting that no stone will be left unturned as they launch an investigation into the case of Sylvester Oromoni.

A statement signed by the police public relations officer CSP Adekunle Ajisebutu, the command says that though no formal report of the incident was made to the police, the Commissioner of Police Hakeem Odumosu, having heard the incident directed the Divisional Police Officer, Maroko Division to immediately visit the school to carry out an initial investigation into the incident.

“Having done that, he ordered the Homicide Section of the State Criminal Investigation Department, Panti, to take over the investigation and ensure they unravel the circumstances surrounding the unfortunate incident.”

Commiserating with the bereaved family, the police promised to make the outcome of the investigation public.

Global Times Nigeria had reported that the family has accused some senior students of the school as key actors behind the controversial death of their son.

The family has vowed to get the killers to serve as a deterrent to others who have perpetrated such evils both in the past and present.

Lyon Coach Garcia Sets No Limits For His Side After Man...

“Take Care of Your Spiritual Life, Your Physical Life Will Be...