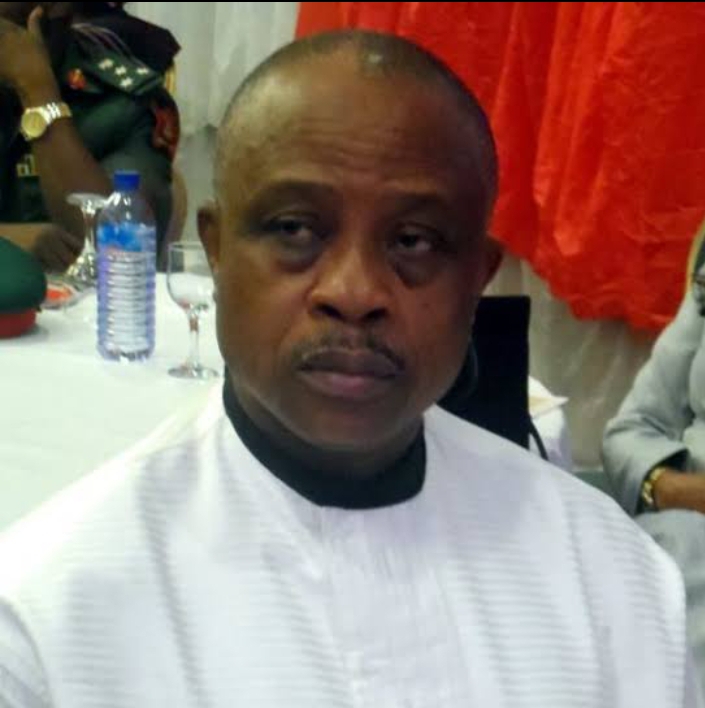 The factional Governorship standard-bearer of the All Progressive Congress (APC) in the forthcoming 2023 general election in Abia state, Chief Ikechi Emenike, has accused the Chief Whip of the Nigerian senate and ex-Governor of the State, Senator Orji Uzor Kalu, of the deplorable state of affairs in Abia, alleging that Kalu’s eight years administration was total waste, as it failed to improve the poor standard of living by the people, and also address the Infrastructural deficits bedeviling the state till this moment.

He was speaking on the background of the alleged inability of the successive administrations to provide critical developmental projects in enhancing welfare of the Abia populaces despite huge funds appropriated, and allocated to the states by the federal government of Nigeria.

Mr Emenike, who also serves as the current Pro-chancellor and the Chairman of the Board Council of the University of Nigeria Nsukka in Enugu state, made the claim during his recent consultation visit to the ex-representative of Abia central senatorial zone at the upper legislative chamber of the national Assembly, Senator Chris Adighije, at his Olokoro country home in Umuahia south local government area of Abia state.

He maintained that Senator Orji Kalu lacked the moral justification to continue being in political position, regretted that Abia is currently rated as glorified village and further attributed the obvious failure by past and present government to give every parts of the state, a socio-economic and Infrastructural facelifts was caused by the ex-governor who deliberately abandoned governance, and failed woefully in all indices to build a solid foundation for others to thrive and also in the collective desire of the people of the state for a better Abia.

Continuing, Emenike further lambasted Senator Orji Kalu for bankrolling the formation of Action Peoples Party (APP) and sponsoring his younger brother who was also a former chief of staff to the Abia governor, Chief Mascot Uzor Kalu, to fly the gubernatorial seat ticket of the new political party for selfish and personal aggrandisement ahead of the forthcoming 2023 general election in Abia state.

According to the Abia maverick politician, “the problems we are facing in Abia state was orchestrated by a former governor who happened to be a member of the APC. He failed to raise the bar in the economic growths and also Infrastructural development of the state.

“He is in APC, and at the same, sponsored formation of a new party, the APP and asked his younger brother to leave APC, and take charge of the new party, and the brother is currently the governorship candidate of the new party. All these undemocratic practices is not healthy in our positive efforts to find lasting peace in Abia APC, and in order to win the coming election in Abia state”.

The factional Abia leader urged party leaders and teeming members and supporters across the seventeen local government areas of the state, not to allow disgruntled elements within the party fold to mortgage the future of the APC, aimed at scoring cheap political interests in detriment of the larger population of party members in Abia state, and further tasked members of the party to jettisoned  individual political difference and close ranks to enable the All Progressive Congress to form next government in Abia state come 2023.

READ:  CSOs Lauds FCTA On Palliative Distributions, And For Identifies Over 700,000 Vulnerable Households

Chief Emenike who also commended the state leadership of the APC for the setting up of a reconciliation committee aimed to calm nerves in Abia chapter of APC, further lauded the appointment of Senator Chris Adighije to chair the reconciliation committee and described the ex-federal lawmaker as a genuine democrat and patriot, and further expressed confidence in the capacity of Senator Adighije to deliver on the assignment bestowed on him to enable the APC emerge victorious in all levels of leadership positions in Abia in the forthcoming 2023 main elections in the state.