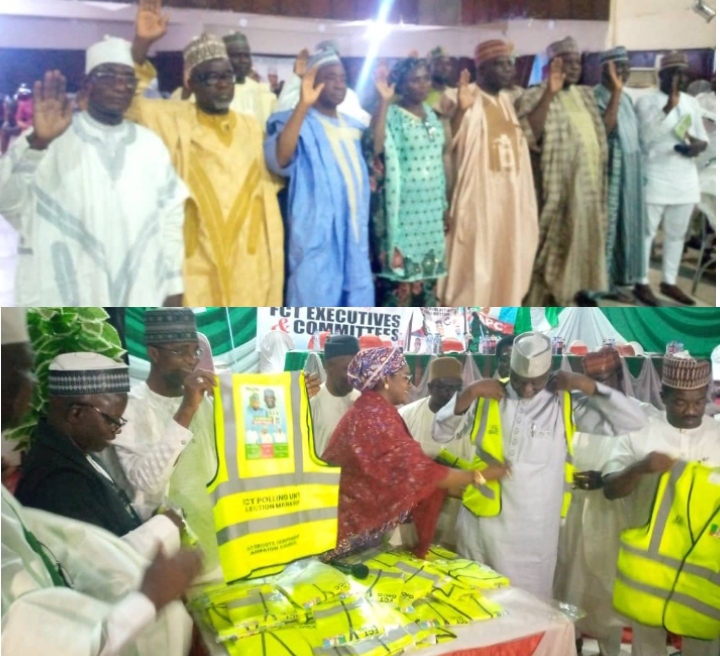 The Federal Capital Territory (FCT) minister, Muhammad Musa Bello, has urged the executive members for Tinubu/Shettima Grassroots Independence Campaign Council (GICC) in the territory to ensure the presidential candidate of the All Progressives Congress (APC) Bola Ahmed Tibunu and his running mate, Kashim Shettima and other candidates wins the February 25th 2023 election in the territory.

Bello, represented by his special assistant on special duties, Hajiya Farida Odangi, gave the charge at the inauguration of the GICC executives in Abuja, on Monday.

He said there was need for them to campaign vigorously across the 62 political wards of the six area councils for the success of the party’s presidential and the national assembly candidates.

“To each and every one of you that has been inaugurated, the responsibility before you, and that responsibility is to ensure that APC wins the forthcoming elections in the FCT,” he said.

In his acceptance speech, the state coordinator of the GICC in FCT, Ayuba Ngbako, said he was humbled and glorified to be coordinating members and executives of the Tinubu /Shettima campaign group in the FCT.

He assured the minister that the group will work collectively with exto deliver APC presidential and house of assembly candidates in the FCT.

“And we have added two models known as FCT GICC Ambassadors area councils and FCT 62 wards, with three models our target is to have one million out of FCT 1.5 million votes,” he said.

READ:  Ghana: Please Help Me, I Have 40 Days Left To Live, My Nigerian Boyfriend Has Use Me For Rituals – Lady Cries Out

He further assured the state APC stakeholders that the group is also working towards providing solutions to some challenges especially in the area of ensuring reconciliation of some aggrieved members of the party.

Ngbako, therefore, expressed gratitude to President Muhammadu Buhari and the APC Presidential candidate, Bola Ahmed Tibunu and the national coordinator as well as other great men and women of the party for finding the group worthy for appointment to bring victory to actualization in February, 25, 2023 general election in the territory.