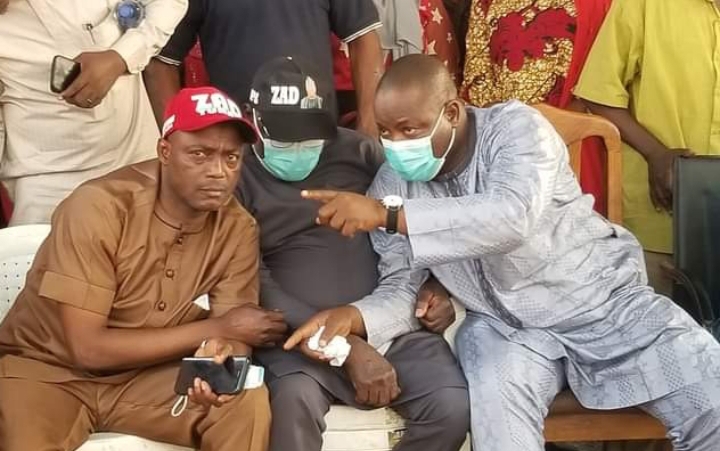 Our correspondent report that, the wards to wards campaign which commenced on Saturday, began from ten political wards of Kwali area council that comprised of Kilankwa, Pai, Dafa, Yangoji, Wako, Ashara, Yebu and terminated at Kwali central ward on Tuesday.

However, various APC stakeholders including ward women leaders who spoke at the wards campaign tour, expressed their resolved to work for the victory of all the party’s candidates during the February 25, 2023 general election in the FCT.

They said they will ensured voters at the grassroots level come out enmass to vote massively for both APC presidential a d national assembly candidates at the polls, even as they noted both APC senatorial and Abuja south house of representative candidates have the requisite and capacity to represent the good of the FCT and Abuja south in 2023.

They, however, commended chairmen of Gwagwalada area council, Alhaji Abubakar Jibrin Giri and his Kwali counterpart, Danladi Chiya for standing firm with the candidates of APC in leading the campaign tour across the wards in Kwali area council.

Ealier, while addressing the mammoth crowd at Kwali central ward, APC the senatorial, Alhaji Zakari Angulu Dobi, said it is for the good of the FCT to come out en-mass to vote for the the party’s presidential and senatorial as well as and house of representative candidate on February 25, 2023 election.

He thanked the people of Kwali area for their massive support and acceptance of APC to vote for them regardless of tribe and religion, even as he stressed the need for them to ensure that FCT leadership is shifted to Abuja-south in 2023.

Also speaking, the Abuja south representative candidate, Alhaji Abdulrahman Ajiya, called on voters to ensure they obtain their PVC’s, saying the PVC is only weapon they can use to ensure change of leadership during the election.

He also charged members of the party to ensure they mobilize more supporters among households across various communities in order to actualize the long await dreams and aspirations for the betterment of entire people of Abuja south and FCT.