Aug 1, 2022 A frontline Abia politician and ex-chieftain of the All Progressive Congress, APC, Dr. Tom Otuka 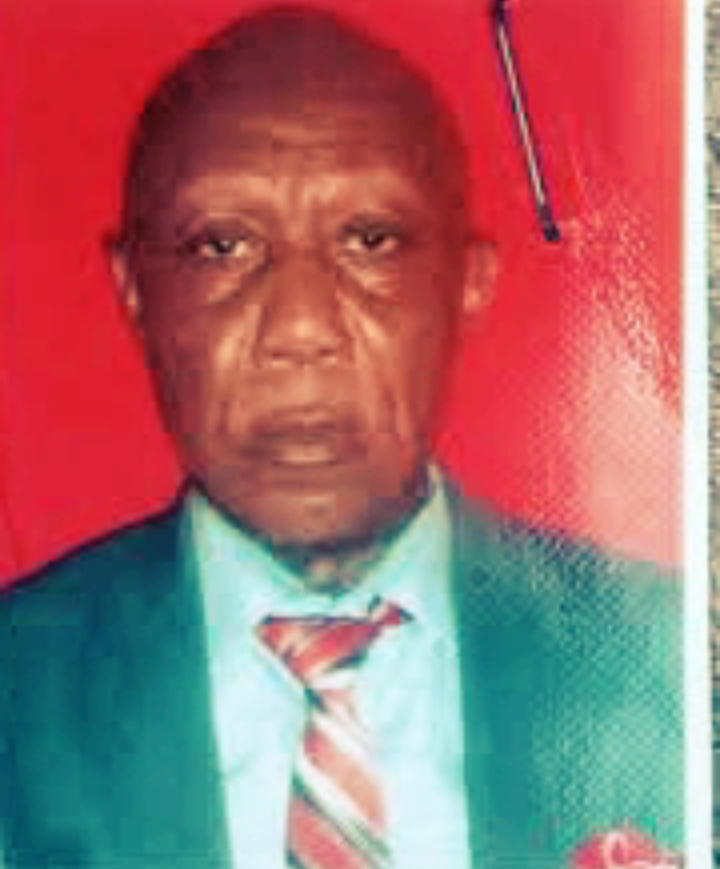 A frontline Abia politician and ex-chieftain of the All Progressive Congress, APC, Dr. Tom Otuka, has cautioned the national leadership of the governing APC against imminent downfalls of the party in the forthcoming 2023 general election in Abia state.

He maintained that the purported recognizance of Chief Ikechi Emenike as the gubernatorial standard-bearer of the party in the forthcoming 2023 general elections would cause the APC total failure, insisting also that Emenike’s purported gubernatorial candidacy is not enjoying legal backing and the support of the majority of APC members and supporters in the state.

The latest assertion by the former Abia APC chieftain is coming barely a few weeks ago, he announced his resignation from the APC, formally defected to the Action Peoples Party, and also publicly endorsed the 2023 gubernatorial candidacy of a former Chief of Staff to the Abia Governor, Chief Mascot Uzor Kalu, under the platform of APP.

Recall that Tom Otuka, a Russian-trained medical doctor, was the deputy governorship candidate to Chief Ikechi Emenike, a factional governorship candidate of the All Progressives Congress in 2019, and later before the concluded main elections, by the supreme court of Nigeria in its landmark judgment nullified his and that of Emenike candidacy over their emergence as standard bearers from parallel structures of the Abia APC, not recognized by the constitution of the party and the country.

However, while addressing a cross section of journalists in Aba, during the weekend, Mr Otuka also maintained that the All Progressive Congress is gradually extincting as majority of the party leaders and critical stakeholders across the seventeen (17) local government areas of Abia state have dumped the Progressive party, for the Labour Party(LP) and All Progressives Grand Alliance (APGA), positing that Emenike lacked the electoral values and does not enjoy the goodwill of the Abia electorates whom had in recent times condemned the unwholesome behaviours of the party chieftain, and his continuous penchants in truncating the laudable strides and chances of the APC to secure a win in previous elections for the seat of the governor of Abia state since the formation and first electioneer outing of the party in 2015 in Abia state, alleging that Ikechi Emenike was on the monthly payroll of the ruling Peoples Democratic Party-led administration, and has recently struck a deal with ruling government, to trade the APC in the heat of the coming main elections, in order to pave way for the PDP standard-bearer, Professor Uchenna Ikonne to emerge the winner and governor of Abia state in 2023.

READ:  Progressive Who Do You Want As Your Next APC National Chairman?

Otuka reminded the APC national leadership and the Independent National Electoral Commission (INEC) on a subsisting court order, directing the Independent National Electoral Commission (INEC) not to receive the names, details, and documents of Chief Ikechi Emenike from the party as the governorship candidate for the upcoming general election which was necessitated by the outcome of the concluded gubernatorial primary elections held in Abia state, saying also that the defiance of a subsisting court order by the nation’s electoral commission and the APC was subversive and unhealthy in the collective efforts of patriotic citizens to deepen democratic process in the state, and the entire nation, for the good of the populaces in the country.

He further attributed that the unlawful governorship candidacy of Emenike necessitated his recent defection from the APC to the APP, ahead of the main elections in the state, advising
the national leadership of the governing APC, to heed the several calls on her by lovers of democracy to halt the imminent doom that is about to befall the APC in Abia state, and field the authentic winner of the May 26 gubernatorial primaries held in Umuahia, Dr. Uche Sampson Ogah, who according to him, enjoys unprecedented supports from party members and nonparty members, and also enjoys overwhelming acceptability of majority of the Abia electorates, for the APC to be able to win all elective political seats at all levels of Abia state in the coming 2023 main elections.

According to Mr. Otuka, ” the Abia chapter of the APC has lost about 13000 of her members and teeming supporters across the 184 electoral wards of the 17 local government areas in Abia state, to other political parties over unpopularity and unacceptability of Ikechi Emenike among the majority of the Abia electorates, whom according to him, regards the latter as lacking electoral values to win an election in the state.

“Emenike has lost the goodwill of the Abia masses, and his continued unwholesome activities, evil machinations, and as well as, continuous violations and defiance of the APC rules and regulations can best be attributed as the rationale behind the inability of the Abia APC to take over the governance of Abia state. And his desperation to become Abia governor from the days of ANPP, PDP and now APC is not in the interest of the people, but an interest shrouded in political victimization and vendetta.

“He has continued to vow openly how he will deal with Senator Orji Uzor Kalu, Senator Orji, Abaribe, and many others when elected Abia governor in 2023, and accused them of contributing to the current deplorable state of affairs in Abia state. And these and among others, are the reasons he has continued to fail in every electioneering outing. Because, he has no clear economic blueprints for the people and development of Abia state if given the opportunity to become governor, instead, he spends most of his time hatching plans against these Abia leaders.

“Almost few of his loyalists and supporters have deserted him(Emenike) and the world knows how he doled out $10,000 to Senator James Akpanudodehe, who was then the Secretary of the disbanded National Caretaker Executive Committee and Convention of Extra-ordinary Convention Planning Committee,(CECPC) chaired by the Governor of Yobe State, Mai Mala Buni, and also hijacked electoral committee sent to Abia to oversee the conduct of the party congresses in the state. The same ikechi Emenike lured them into unknown location, and concerted and manufactured nonexistential figures in the result, which the disbanded Caretaker Committee went further, and ratified the illegalities”.

The ex-factional Deputy Governorship candidate of the APC in Abia state, however, called on President Muhammadu Buhari to save the party from imminent downfalls and extinction during and after the coming 2023 general elections in Abia state as thousands of party members and supporters have left the APC for other political parties.